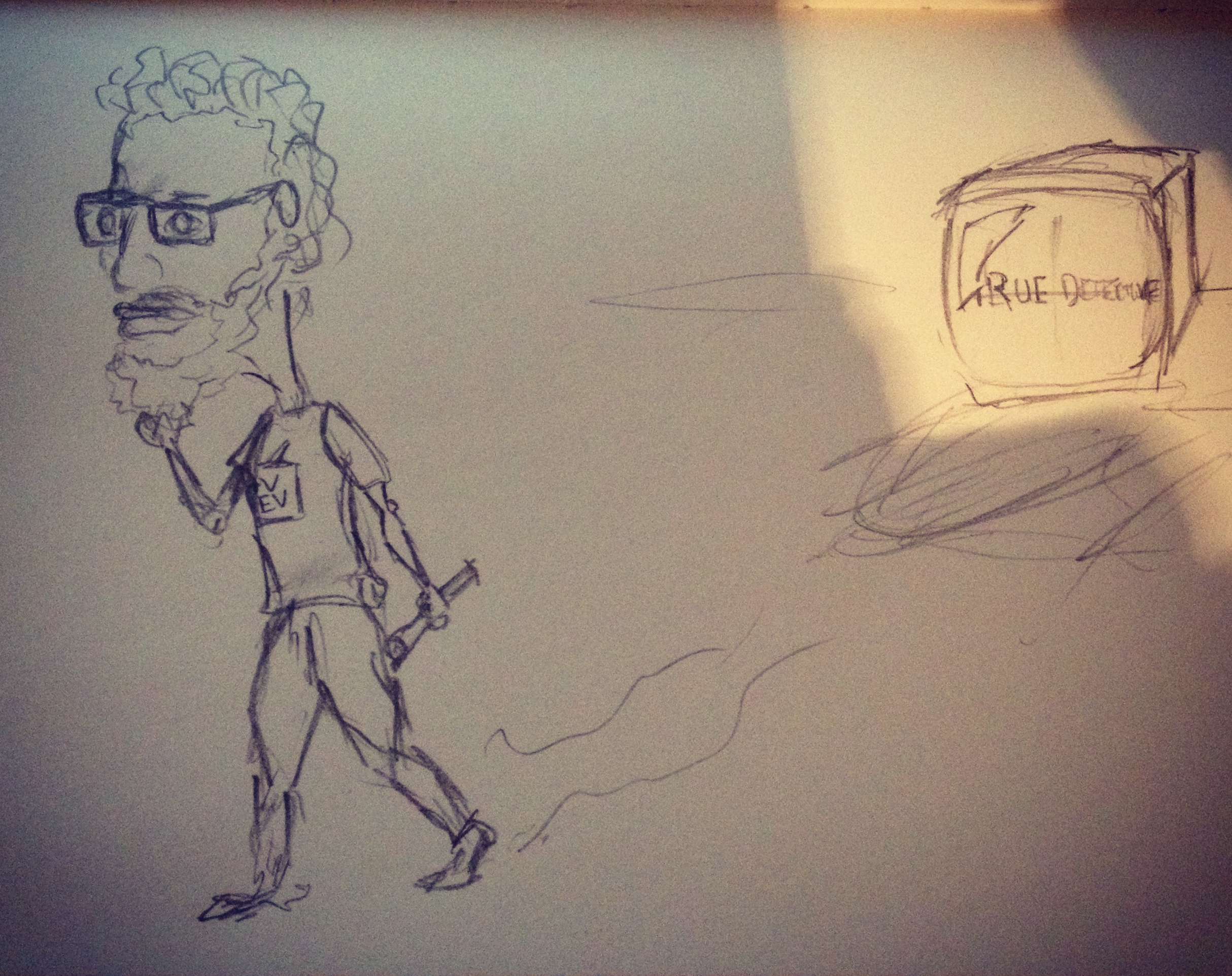 The post I planned to write today wasn't this one but I had to push the original one by a week so it could be polished up. Don't worry it will be worth the extra wait.

So for this post I have decided to focus on something I identify quite a lot with...comics. We've entered a seemingly amazing and wondrous age where the comic geek has started to take over and everyone finds us cool. I know odd right?

We're the thinkers, the dreamers, the believers, the entertainers. We should have been ruling entertainment for a long time but it's taken longer than it should have for what we find cool to be found cool by the main stream. But that day is finally here.

The CW and DC comics

The CW is one of the channels in the states that was the forerunner for the superhero style shows. Yes there were superhero shows before The CW came around (your Batman's, Spiderman's and Adventures of Lois & Clark) but the channel brought it out of the cheese (slightly not totally) and made the first steps for making superheroes cool with the long running Smallvile which started way back when in 2001. I was 12 (realisation it's over a decade...god I'm getting old) but I could already see how this show could be the start of something. I didn't miss an episode.

Then came the movies. So many movies. Some good, some bad, but all featuring characters beloved by everyone and celebrities up the ying yang. There were failures as the executives got cocky with what they could and couldn't get away with (Ghostrider, Daredevil, Fantastic Four).

However then came the Batman trilogy with it's darkness that made it cool again! Iron Man with his coolness! Avengers!! Superman (the good one)!

They'd cracked it! So now they could go back to TV with what they learnt. That's how we came to have Arrow grace our screens. A more serious affair than Smallville's version of the character and most certainly better looking physically (I wouldn't mind to be able to do that pull up trick!).

The CW had learnt from what the audiences liked both in their Smallville series and in the films. So far the show has not disappointed me that much. I look forward to every episode, which is surprising as Green Arrow isn't a character I know a huge amount about but they have made him cool. This success combined with the growing rivalry between Marvel and DC for TV dominance has meant the birth of a new show that I can't wait to come to the screen. 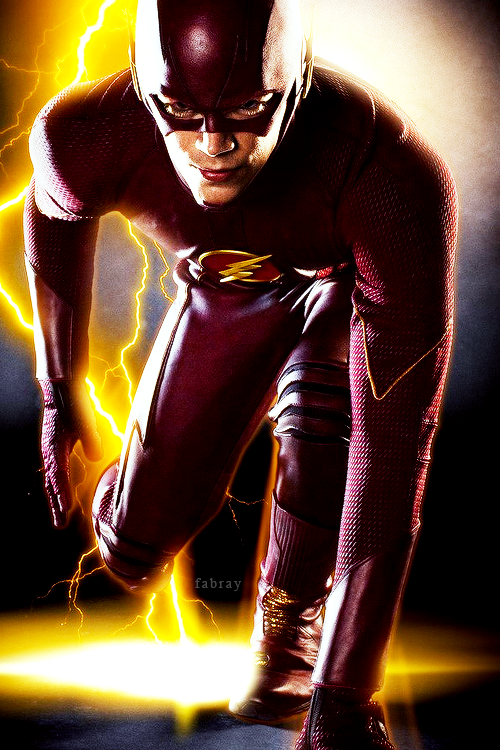 I'm of course talking about The Flash the fastest man alive! The show will be coming to the CW in the fall starring Grant Gustin as Barry Allen who made his debut as the character on Arrow. Previously he played roles in Glee and 90210.

The image above is the first look at the entire suit that we've seen but it look's pretty cool. Also much cooler than the 90's version that John Wesley Shipp wore in that version of The Flash. John will also feature in the show as a character that is for now being kept under wraps but I have my suspicions. This show is bound to be good. I can't wait to see what they do with the story.

This brings me on to the recently announced Netflix Marvel shows that will include Daredevil, Jessica Jones, Luke Cage and Iron Fist. 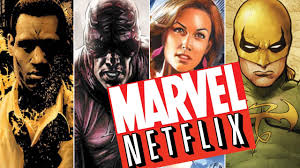 Most comic geeks will know who these characters are but as with the upcoming Guardians of the Galaxy film this is a debut of the characters to the main stream and as the shows are going on to Netflix they will want something binge worthy. The key to this in my opinion is down as much to the story as it is the cast. You can have an amazing cast and a horrible script or vice versa. I hope they make the right choices in both especially with the way these shows will likely connect to each other as well as the film franchise.

This brings me on to Terry Crews who has publically put himself forward for the role of Luke Cage aka Powerman which I think would be a great fit for who the character is physically and would match with the roles Crews has played before. No news has been made about the casting yet for any of the shows but Crews pulled himself out of the running for Luke Cage previously when rumours were around about a possible movie. 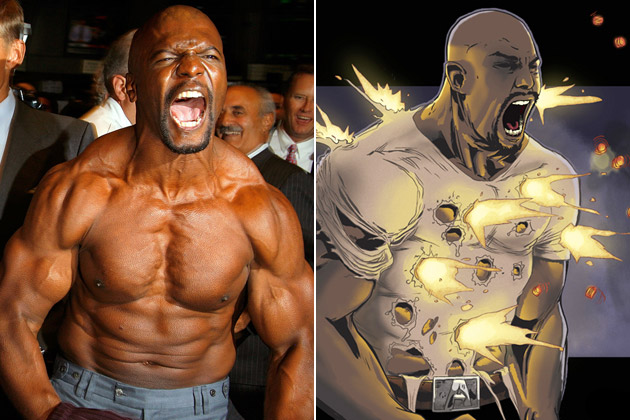 I think it would be hard to see anyone else in role (he was made for it!) but it depends on how young they want the cast to be. Crews had this to say:

I'll be paying close attention to see how The Flash and Netflix shows develop but I expect great things.

That's the end of the post. To answer the question of whether comic geeks are taking over TV I would say that they are close but not quite there yet. Comics and graphic novel stories not to mention manga are a great untapped resource by TV executives for stories. They are starting to realise this and explore it. When they start getting into the truly weird and wonderful is when comic geeks will have taken over TV. I don't count Walking Dead as it goes off book soooooo much (seriously read the comics...totally different animal).

As always I will end on something TV related that sums up this post.

Sorry it's been about a week since my last blog post. I decided to take the weekend off and catch up on all my shows and sleep...lots of sleep. I did have a big second post planned for last week but unfortunately this

As much as I would love to live in America, unfortunately I don't. So occasionally I will allow myself to stoop to watching the odd British show (pretty much when I'm in a hotel with no access to the internet or at a mates