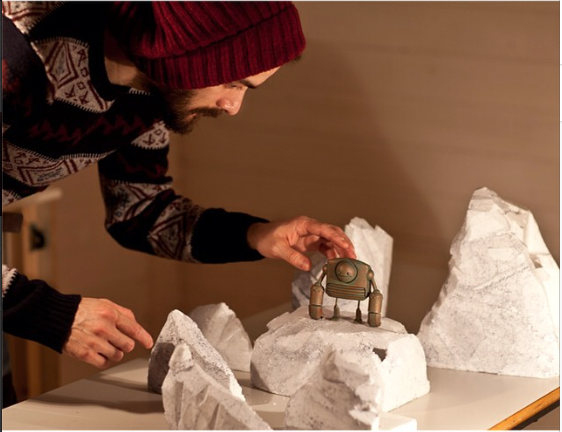 It's a new year so I've decided to learn from the last year of blogging (yeah it's been a full year I can't believe it either) and start to do things more regularly than I have. So one of those things will be to do an "Artist highlight" every month of someone I've found who's quite interesting in what they're doing. This could be anying, I'd love for it to be TV related but as you may or may not have realised...I'm into quite a lot of stuff so it could literally be on anything.

This month I'm focusing on Onorio D'Epiro who is part of a two man collaborative team (the other part of the team being Scott) behind a little known but amazing robot figure making initiative called Just Robots.

UK based they combine their respective skills in art, 3D printing, painting and photography to create some pretty ace works of art that are full of character for being just robots.

I think in one of my instagram sessions I stumbled across Strong Bot which led me to discover that he was one of a growing army of robots being created by Onorio and Scott. 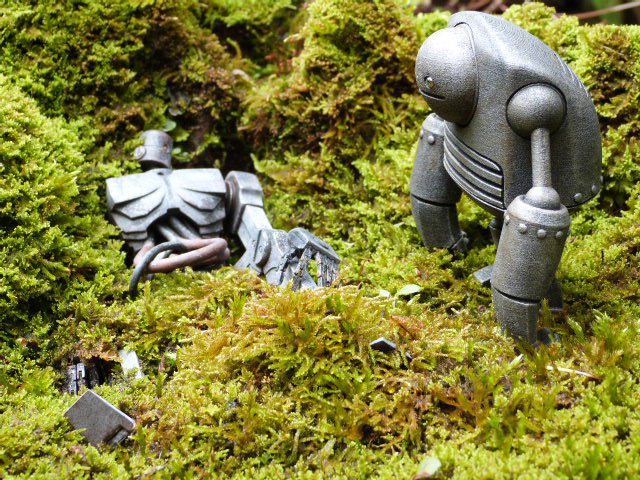 On a bit of a fact finding mission and thinking I probably wouldn't get an answer I took a chance and messaged Onorio to see if I could do a write up on him & Just Robots and I was surprised to find he wrote back!

So without further ado here are the questions I asked him and his answers.

Little known fact is that I'm probably one of Just Robots biggest fans who hasn't purchased one yet (as much as I really want to). So I have been keeping up with all the things they've been doing over the past few months with Chunky Bot, Strong Bot, Beep Bot and Chatter Bot including naming competitions, epic photography on homemade sets and sharing of their process.

If one thing can be said for Onorio, it's that he is anything but a robot just doing his program. His creativity with Scott is building something amazing in Just Robots and I can't wait to see it blossom.

Follow Just Robots and Onorio via the links below.

And if you really like them maybe you'll buy one too like I will be soon (when I'm not so strapped for cash).

Hope you enjoyed this write up and I for one am looking forward to seeing more robots come to life on Just Robots.