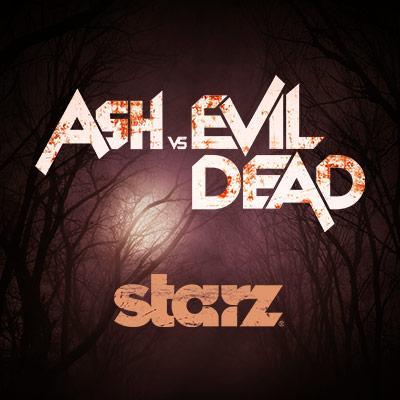 If for some reason you haven't started watching the show I implore you to stop reading this post now before I spoil it for you.

Go back, read my previous post on why you should be watching the show or if you're lazy just watch the trailers below.

For the rest of you who've carried on reading you've either watched the show and want to know what I think or don't care about spoilers. Either way...groovy

The show picks up 30 years after the first films where Ash fought the deadite scum born of the evil book known as Necronomicon Ex-Mortis or Book of the Dead. Having been in hiding all that time in the first few minutes we see an older Ash (Bruce Campbell) who seems to be playing the cards fate dealt him and picking up the last girl in the bar using the old "I lost my hand" sob story.

It works and he ends up banging the life out of her in the bathroom.

No literally she turns into a deadite mid-coitus (Yes I know words like coitus I'm not a total dunce). Evil had found him again and the audience is now hooked.

The show introduces us to a small bunch of new characters as the previous crop of characters from the movies mysteriously died in them (shocking I know). The main two characters to be introduced so far that are pulled into the crazy world that Ash thought he had left behind and convince him to take on evil again are Pablo Bolivar (Ray Santiago) and Kelly Maxwell (Dana DeLorenzo). 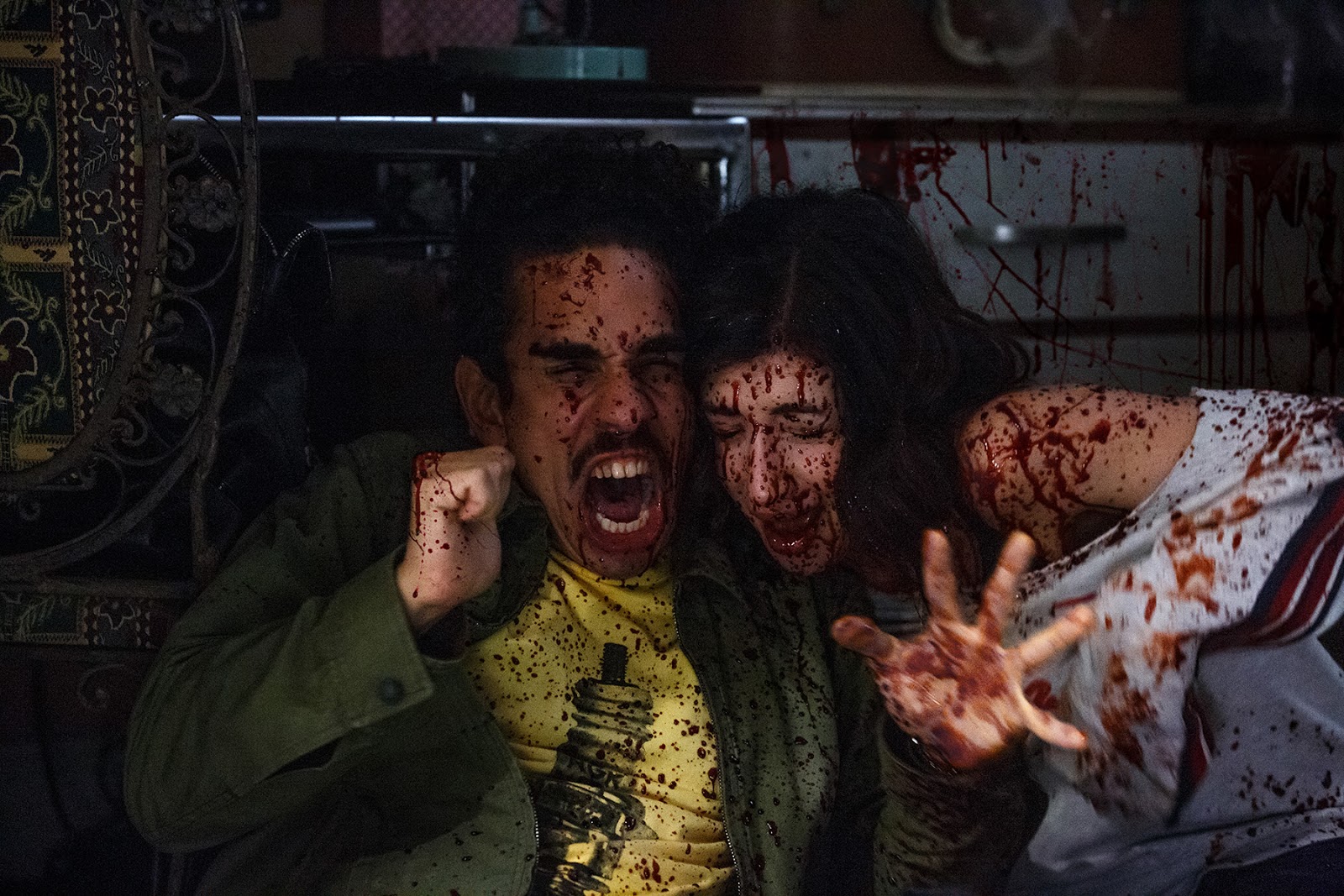 So far Pablo is the horror-sidekick everyone dreams of, a subservient man-boy who in a pinch can be useful in a fight but can also be fodder if you need a distraction from whatever horror is trying to take you on this week. While Kelly seems to be a girl who in Ash's own words:

reminds Ash of a young him

Okay not quite his own words but pretty much.

Both characters have some growth to go through as the series carries on but we can already see greathorrible things in their future that will entertain us to no end. They've already been almost choked to death, flung across the room, almost had their eyes gouged out, almost been stabbed to death and actually been stabbed (not to death).

Not bad for two side kicks and only two episodes in!

If they survive to the end (and there's definitely not a guarantee with this show) then they are going to be pretty badass.

The only other character (still alive) to be formally introduced so far other than Ash is Amanda Fisher, a cop whose partner is killed by a deadite and then came back as one. She manages to kill both...just. Questioning her sanity and the events that happened is leading her directly to the centre of the evil storm that spirals around Ash.

Our reluctant hero has not aged well, he's older, slower and weaker but he can still kick some deadite ass! He's already dropped 3+ bodies in the first two episode. Not bad for someone who grew soft living a dull existence on his own the past 30 years. He picked up his trusty boomstick and chainsaw like old friends.

The show is like a horror film unlike other shows of the same genre it feels like it. You literally get dragged in to the carnage of the show and begin to feel like you are Ash with the dynamic shots and gratuitous gore that the film series was known for (but now all in HD!). I won't lie it made me jump a few times and if you didn't you weren't involved in it enough. I'm such a fan of the show that I got James one half of the Mac Daddies to make a new banner for me while the show is on that emulates the epicness of Ash and takes me into the crazy world of the Evil Dead.

He captured my vision perfectly. 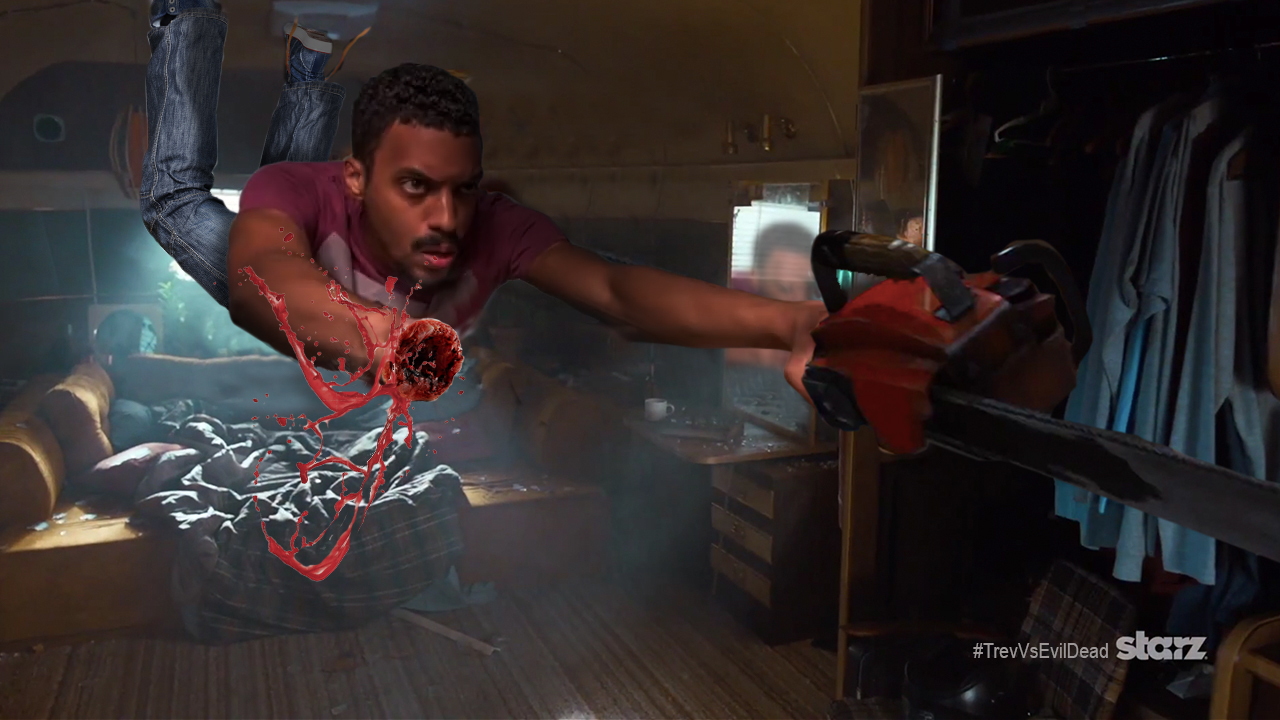 The Mac Daddies are now also die hard fans of the show.

We can't wait to see what happens next as this show literally has us on the edge of our seats and wishing we had our own chainsaws or broomsticks to protect ourselves. We might have to do like Pablo and make do with a broken bottle...although it won't be pre-sharpened by Ash like his was so we may not fare well against a deadite...

Seriously it's the best show on TV right now I'm not even joking.