Merchandise centred around the catchphrase of popular characters is nothing new and has been something that has existed for decades popularised by quotable movie and television shows so much so that entire shows are sometimes created around the idea of popularising a certain character and their catchphrase purely to cash in on it from the masses willingness to buy into it.

That being said most shows are usually covert enough not to have the merchandise make its way onto the show, but Suits took product placement to a new level in one of it's most recent episodes featuring Louis Litt.

For those of you who don't watch Suits, Louis is the misunderstood ball of anger who means well and is almost always the one to stumble into doing something the wrong way in anger. However when he does something right he is sure to let everyone know by saying the phrase "You just got Litt up" a play on his name and obviously getting lit up...inspired (no seriously I wish I thought of it). 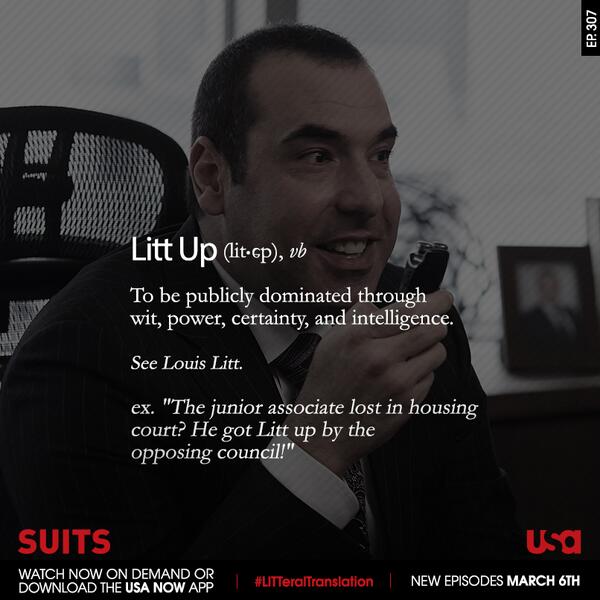 In the early seasons this gave birth to a mug which featured on the show and was also sold. I was half tempted to get one except I don't really drink tea or coffee so it would have been purely for show. Needless to say I decided against it.

This latest season of Suits has seen Louis grow up a little bit, swallowing his pride and growing emotionally. As part of this he gave one of his associates a cute onesie for a newborn baby. It was a nice moment marred by the blatant product placement. 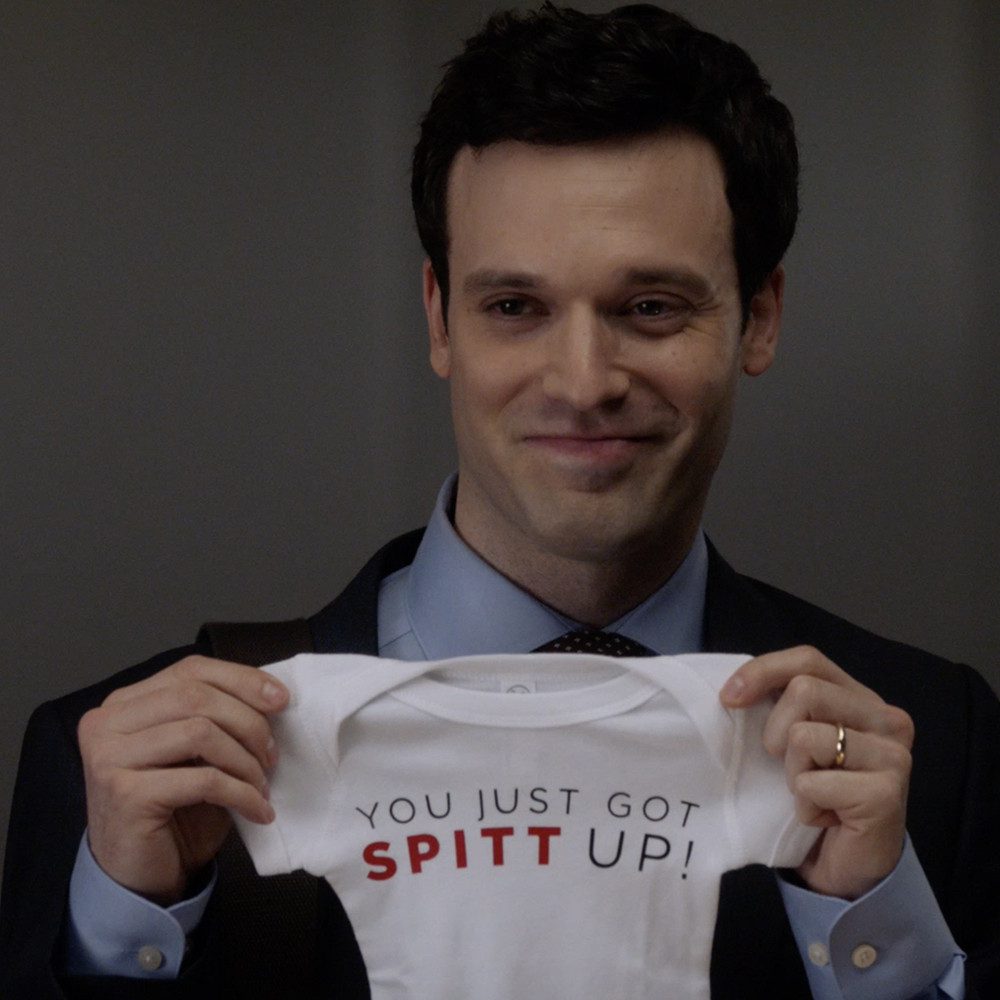 I was unsure whether to be offended or not. On one hand I applaud the masterful blending of product placement with storyline, but they surely didn't have a large arc just for that right? Surely not? 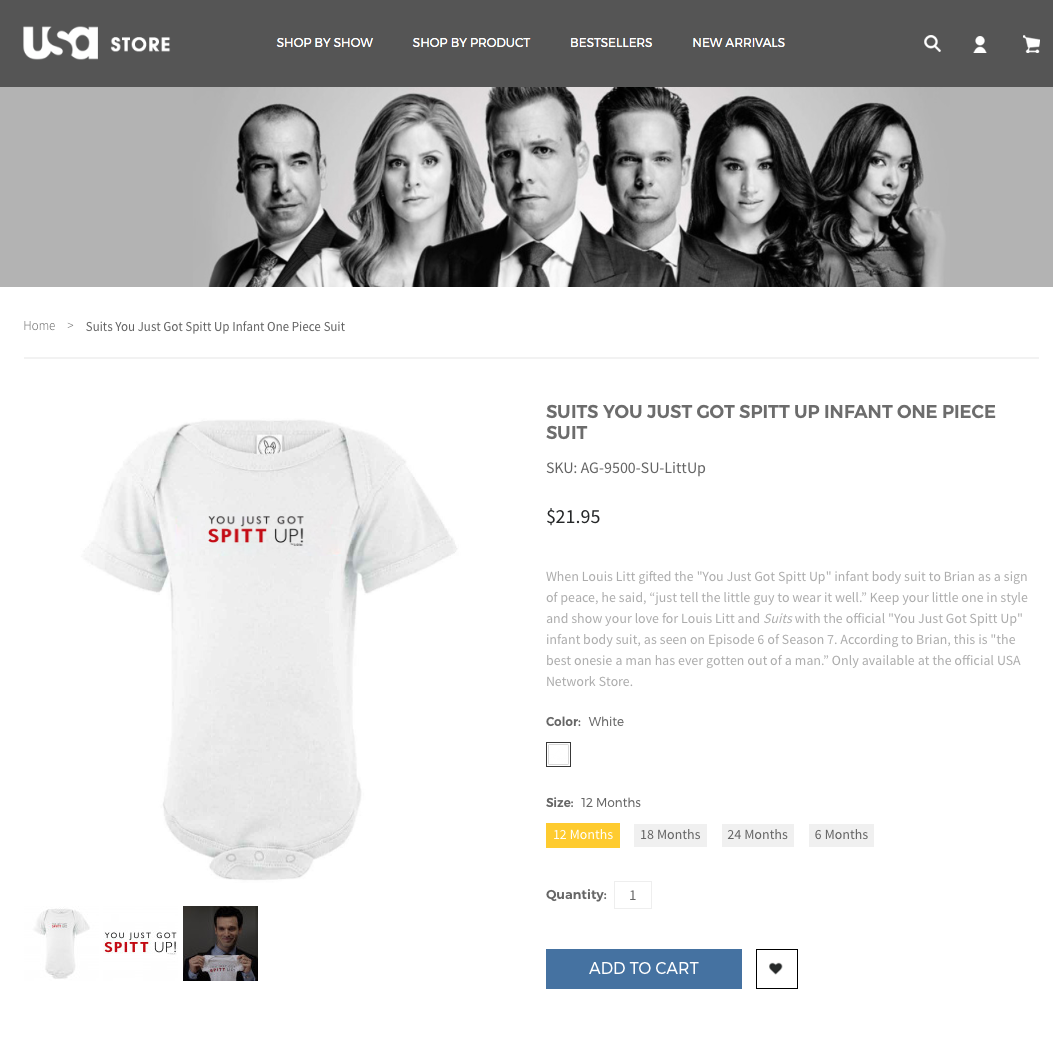 The 4 sizes on the Suits website tell me I could be wrong. It might be we are "unkowingly" being sold different products without us even realising it and Suits is just a masterstroke of storyline matching up with product. Someone in marketing surely looked at who the viewers were and realised these people might just have kids soon and they might want to ironically dress their kids like this. Of course they're right and they will be getting rich off of us. 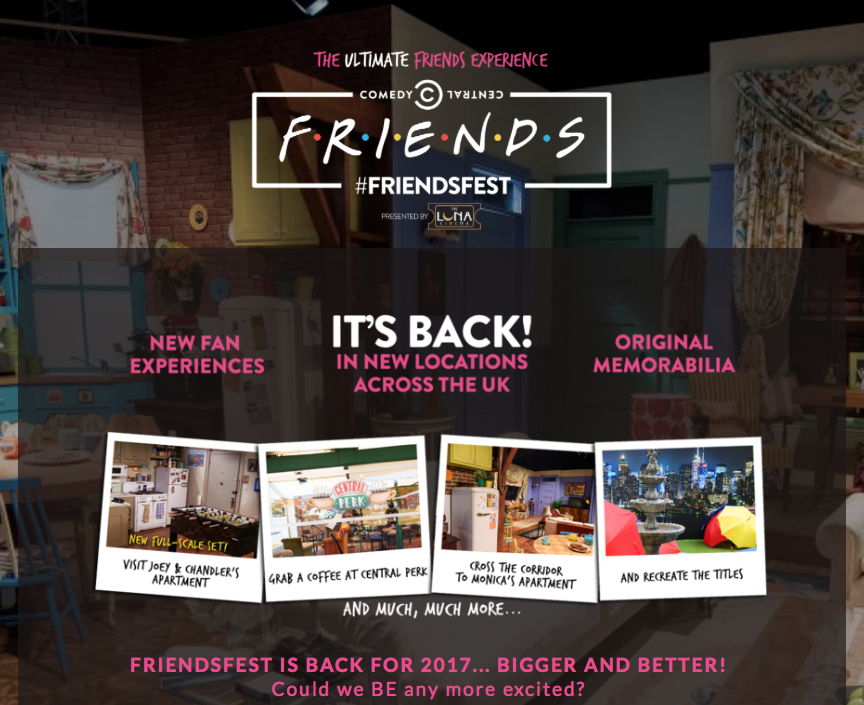 Have you bought into any catchphrase merchandise or noticed any worming it's way onto the actual show?