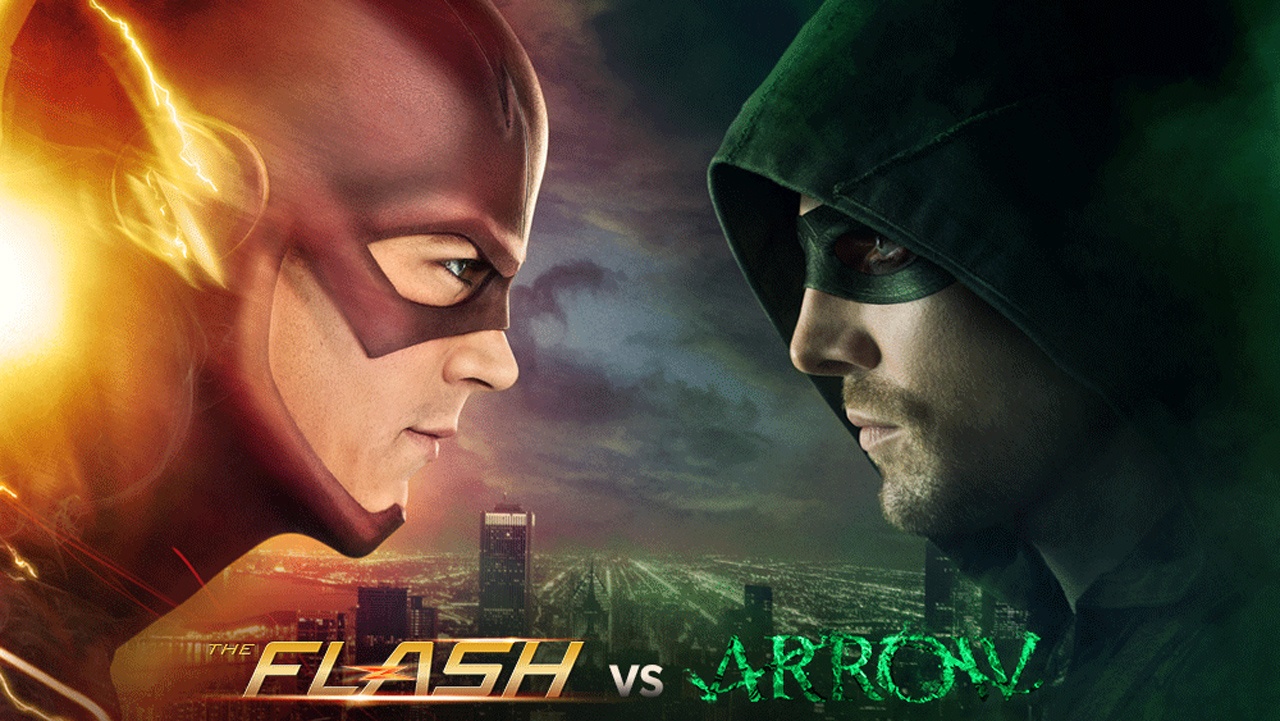 It's been a while since I've actually lived up to my name and written about TV so I couldn't think of a better thing to write about than this. The crossover between two of CW's big shows The Flash and Arrow was everything we could ever hope for and more. It had action, suspense, jokes, team-ups and showdowns. Best of all it had sidekicks who optimised the fan boys who watched the show and would no doubt be having similar conversations to them, but more on that later.

This blog I'm going to go through the plot, characters, what was good, what was bad and what was just bad ass about the crossover.

The crossover episodes focus mainly on the Starling City killer who uses boomerangs to kill his victims. Barry and Oliver team-up to capture him as well as Roy Bivolo a new metahuman who shows up in town with the ability to send people into an uncontrollable rage.

In the first crossover episode Oliver attempts to teach Barry to be more mindful of his surroundings, but Barry goes after Bivolo by himself. This ends with Barry falling prey to Bivolo's abilities. Oliver is forced to fight Barry long enough for Dr. Wells and Joe to use colored strobe light to reset Barry's emotional state. Afterward, Barry and Oliver capture Bivolo, placing him in the metahuman prison at S.T.A.R. Labs.

The second episode takes us back to Starling city where Oliver and his team are tracking the boomerang killer who we find out is Digger Harkness, a former member of the suicide squad looking for revenge on A.R.G.U.S. which culminates in him attempting to blow up the city using 5 bombs. The Flash uses his speed to get everyone in place to defuse all the bombs simultaneously.

Let's go over what didn't work first as this list is far outweighed by what does.

First and foremost the number one thing that didn't work was the execution of Captain Boomerang. Yes he's a fun character to try and bring to life on screen in your head (maybe) but in reality let's be honest...he uses boomerangs. At one point in the episode supposedly trained agents who know what weapons he's using and have seen people killed by the guy before stare in awe as a boomerang flies past them and returns to stab them in the back. This just wouldn't happen. His hand to hand combat skills however were believable which is a credit to the stunt team on Arrow who always create great choreography.

Secondly it would have to be the majority of the second crossover episode. I hated it, mainly because of Captain Boomerang.

That's mainly what didn't work in the episode.

As said before, the list of what worked far outweighs what didn't. The first crossover episode on The Flash was near perfect, bringing the darkness from Arrow into Barry's world was done amazingly well considering how bright and full of hope it is.

The interaction between the sidekicks as I mentioned before just worked. Cisco and Diggle on who was going to win the fight; experience vs speed...it's like they were in my head.

Cisco in general was a joy to watch over both episodes. He was like an excited little fanboy that somehow made it onto the show and couldn't keep his curiosity bottled up. When he asks about Ollie's sister in the club was a personal favourite.

We all felt Cisco's momentary sigh of what could never be.

The fight between Oliver and Barry was well thought out and perfectly executed. In most people's (comic geeks) minds they would say Barry would win however the show's writers rightly factored in the fact that Barry was still learning how to be a hero and how to use his powers to their full potential. Thus a man with a bow and arrow was able to take a man with super speed to a draw.

What did you think of the cross over episodes?