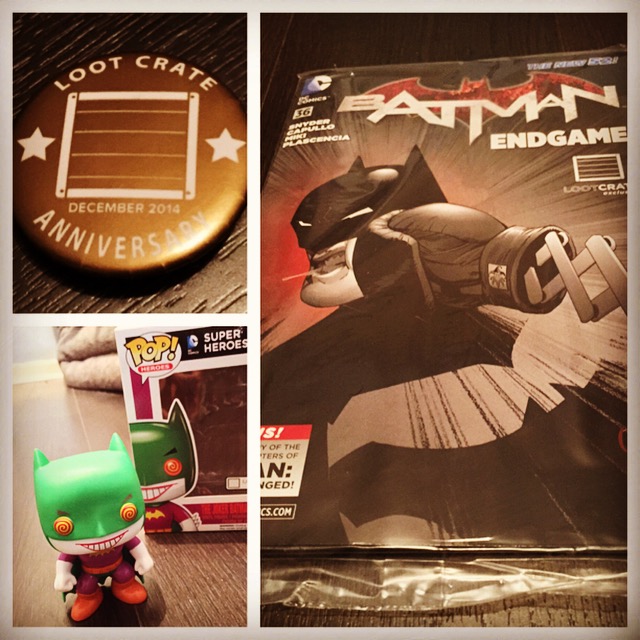 The theme for December's Loot Crate was "Anniversary" and no they didn't get all religious on us with loot related to Jesus' birthday, no instead they brought us loot centred around the important anniversaries that this year has brought us including The Simpson's celebrating 25 years, Ghostbusters and Tetris celebrating 30 and of course the 75th anniversary for some of our favourite comic heroes.

The loot for this crate although it came late it was not as late as the previous one and I will forgive them as it is difficult to get everything delivered on time at this time of year especially when they're still dealing with a higher number of inquiries and irritated geeks. I managed to stay spoiler free until probably a week and a half ago when someone I followed on Instagram got their crate and shared it with the world so my surprise was slightly ruined but my anticipation raised as I saw that the team at Loot Crate had included yet another POP figure so once again would be feeding my growing collection of random figures.

Also included in the crate were; a Captain America Air Freshener, Dancing Groot socks, a Tetris sticker set and Ghostbusters Door Hanger. While these all went with the theme they did nothing to draw away from the attention that the 3 standout pieces of Loot would get.

First is The Simpsons "Cast Mighty Wallet" which is both water and tear resistant. I'm torn as whether I should give it away as a prize or keep it and use it. 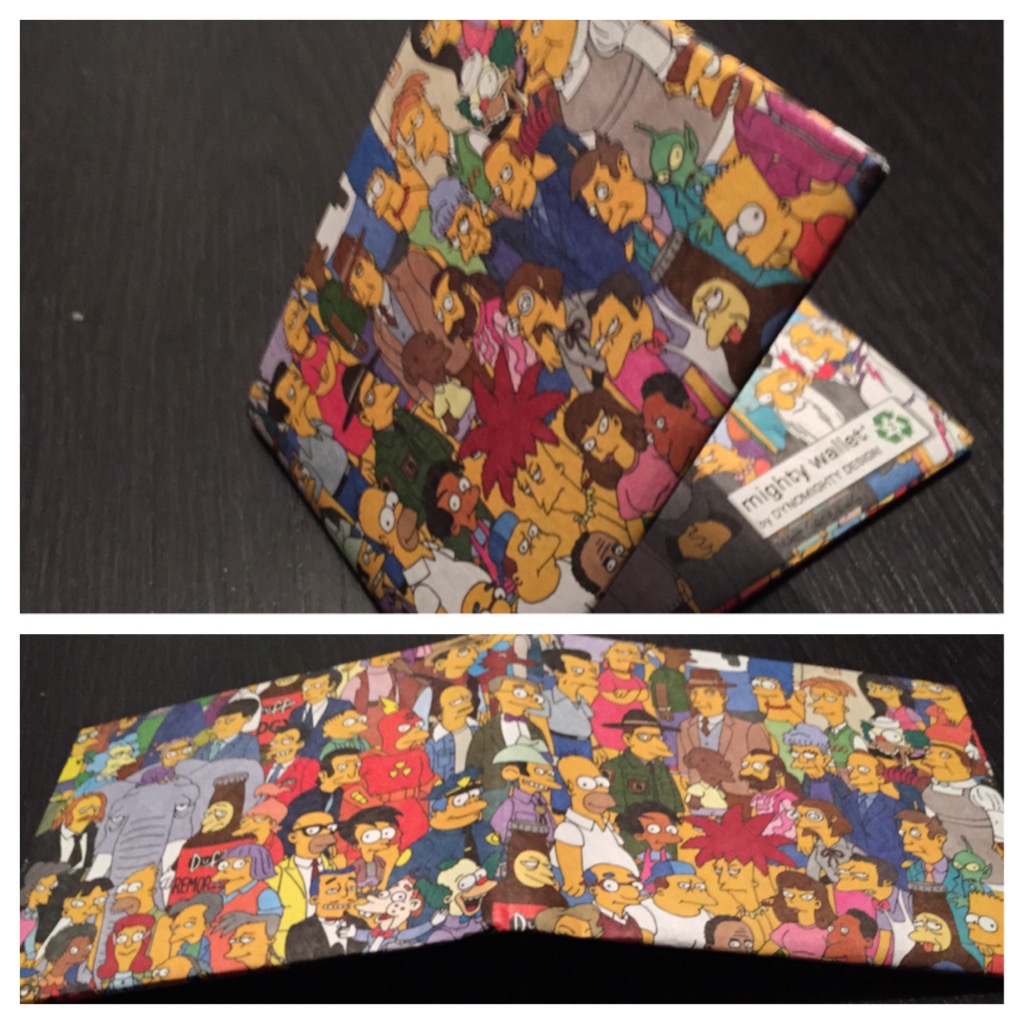 Featuring the entire cast of Springfield this is an amazing treat for mega fans of the show. I unfortunately stopped watching it a while ago so am a bit behind (about 3 seasons I'd say) and don't actually recognise a select few of the cast but appreciate the amazing piece of Loot that it is to celebrate 25 years on screen. 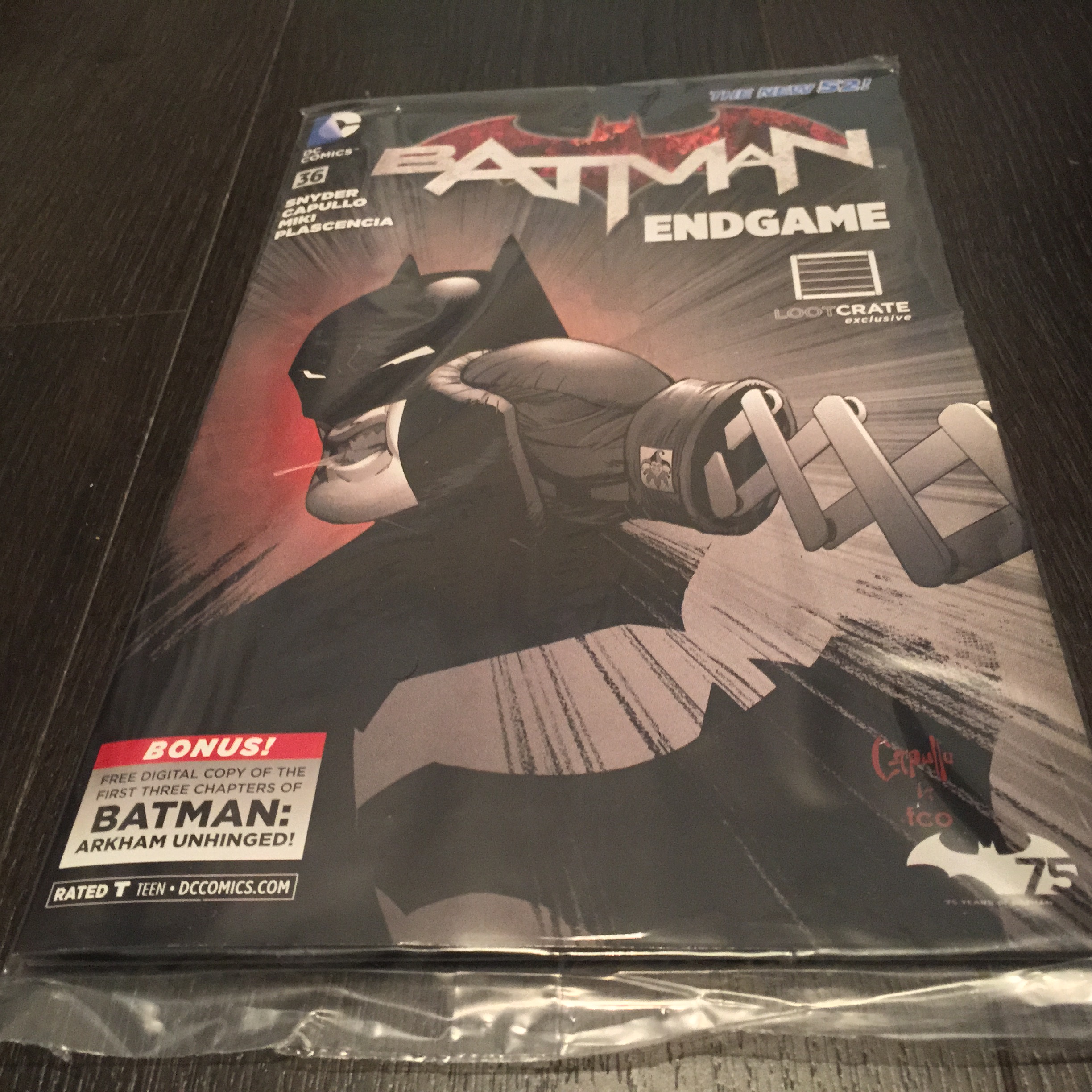 Next up was issue 36 of Batman (The New 52) with exclusive cover art by renowned illustrator Greg Capullo. This is one of those things that I truly do need to catch up on...reading comics. Honestly need to organise my time better to pack more in. However although I will be missing a bit of background (which I will hate) I'll still give the issue a read as...it's Batman!! Of course I'm going to read it!

The final piece of Loot that stood out you saw above which was of course the Joker Batman POP! Vinyl figure. However while I was writing this and reading the Loot Crate magazing that comes with the issue I happened upon the instructions for how to modify the crate.

I was more than a little impressed and had to build it immediately then take a shot using my new tripod that I got for Christmas (which should improve my iPhone photography immensely). I hope that my assumption that every crate from now on involves more interaction is correct as that would be pretty cool. However I am now worried about space to display stuff in my room...

If I were to give this crate a mark out of 10 it'd have to be an 8 as although there were some outstanding pieces of loot not all of it blew me away for that perfect 10.

I think one man stood out from the rest with this crate however...hard to believe he's 75!