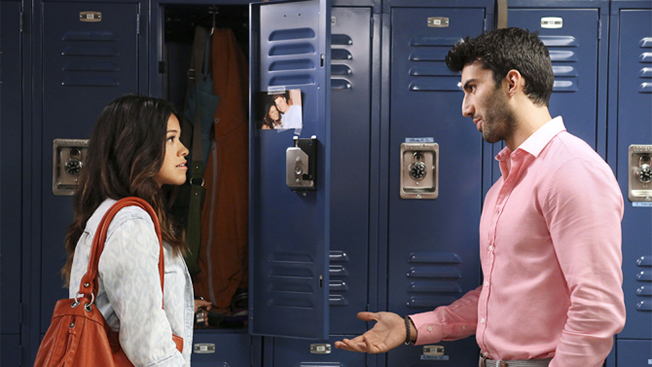 Unlike the rest of the other networks The CW decided to renew it's entire fall line-up from last year including The Flash, Jane the Virgin and iZombie to name a few of the quality shows that they decided to renew. However this has meant that while they have shows they know are awesome they also have to contend with the fact that the other networks are bringing out the usual crop of 5+ pilots that viewers will likely tune in to just in case there's something epic included in the lineup.

The CW on the other hand is only bringing one new show to the party in the form of Crazy Ex Girlfriend which starts mid October.

A high-strung, successful and unfulfilled Manhattan corporate lawyer (Rachel Bloom) has a chance run-in with her summer-camp boyfriend and suddenly decides to quit her job and follow him to West Covina, Calif., trying to convince herself that she’s not upending her life just because of him. (Spoiler: she is.) The show includes several elaborate musical numbers, which probably only exist in her head.

Coming off their success from Jane the Virgin and having looked at the trailer for the show I'd say this is probably going to be a hit. It's strangely endearing considering the subject material (she's basically a stalker). As much as we say we hate them, we (the audience) love a musical, just look at the musical episode of Buffy "Once More, with Feeling" and how well that went down (and still does). Music connects to the soul and if done right in a show can be truly magical. This show looks like it might just have that spark.

Unbreakable Kimmy Schmidt on Netflix would be a good show to compare Crazy Ex Girlfriend to. The feel of the characters is very similar in their ever so slightly out of whack personalities which push the boundaries of normality. The key difference with Crazy Ex Girlfriend is that it's being made as more of a dramedy than straight comedy which might mean that it could lose some of that spark as more and more drama is injected (or it might invigorate it).

Whatever happens I'm excited for it as a new show and think that The CW made the right move in keeping strong shows (although I don't watch Reign) and only going forward with 1 new show in the fall. Yes it's unprecedented, yes it's a risk but people don't remember the shows that played it safe, you remember the shows that surprised and stunned and this show is just that. Whoever at The CW is behind programming choices...I applaud your balls, you have big brass ones. (I really hope it's not a woman and if it is...total compliment I swear).

For a run-down of other shows coming to TV this fall and ones you may or may not want to check out, have a look at Huffington Post's piece it's a good read.