In a desperate rush to fill those spaces of time in my future where I don't yet know how busy I'll be I have managed to get myself into 4 different festival/conventions that I will be looking to write about. Some of them I have been to before while others are a wild roll of the dice. The kicker is that this is just in the next month or so with even more events to follow afterwards and my Hulkbuster still to restart.

Most would say I should probably give up on one or two of these events and concentrate on my hulkbuster but I say that wouldn't be as fun. In my opinion all of these events are too good to pass up and even though it will be a struggle to fit them all in it will be worth it.

I had lots of fun last year during Flatpack and having seen a preview of what is to come during the festival I would be crazy not to take full advantage of this unique film festival that resides practically in my backyard (how cool would it be if it was in my backyard...mainly because I'd actually have one).

This starts the end of this week and I'm actually counting the hours until I can go to the first of the many events I'll be going to while the festival is on.

Also happening this weekend is MCM Birmingham Comic Con. This appears to be a bigger affair than the previous one I went to last year so I'm hoping for an even better experience than I had that time. Yet again I'll be going as a member of press, the novelty of which I don't think will ever wear off.

With the usual attractions of collectables, free guest talks and cosplay on offer I'm pretty much already in heaven. However with the added bonus of possibly meeting key cast members of Sleepy Hollow and former cast from AMC's The Walking Dead I may have just died a little from excitement.

The convention will be across two days this weekend but I'll only be going for the Saturday so I can fit more Flatpack in. 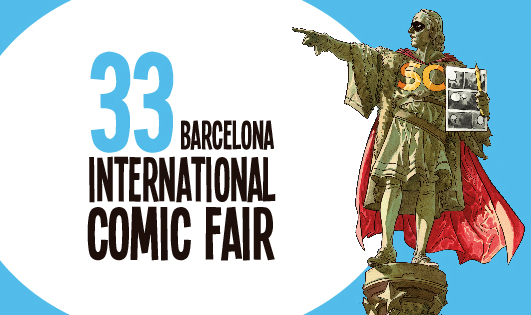 Towards the middle of April I'll be going to a rather affordable convention I got told about and decided on a crazy whim to buy tickets to. So TV Trev will be going international and be bringing pictures, posts and hopefully video too of my time in Barcelona. It will also be a welcome week off work so between blogging I'll be relaxing and re-exploring the sites and sun that Barcelona has to offer.

Did I mention the convention is going to be in Barcelona? I probably won't be doing any cosplay for it as I don't fancy passing out.

Finally once I come back from Barcelona that same weekend I'm down in London for Toy Con which looks to be epic and a nice cherry on top of my event overload month. This will be a gathering of some of the UK's best custom toy makers. I'm very much looking forward to seeing what they have on show and seeing if I can learn anything from them (I'm 100% sure I've got lots to learn). Most of all I'm looking forward to going even more into debt as I get some blank pieces to customise and new materials to use as I'm sure I'll get some suggestions. 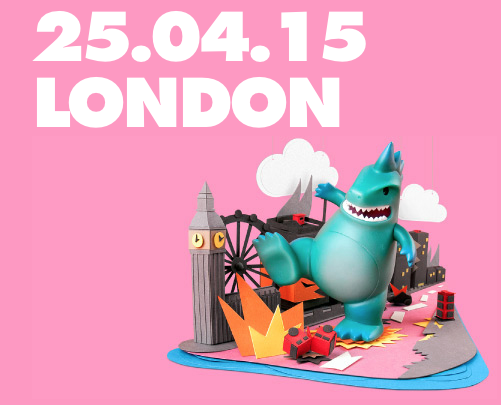 All in all I won't have much time to spare between all these events but somehow by the end of Toy Con I'm hoping to have completed the leg structure for the Hulkbuster as well as started on the torso. This I know a high hope but I'm a big dreamer so I can't help it.

Other events I'm looking forward to

Following that I have 3 more geeky events to look forward to in the near future:

Luckily I'll have some time between these events however by the time the second one comes around if I haven't completed my Hulkbuster I will be scrambling to get it ready in time for LFCC.

So yes. I may have overbooked my time just a little bit (okay a lot) this year but this is shaping up to be an awesome year!

Excuse me now while I freak out a little...