Cartoons are a medium that society incorrectly thinks is an exclusive realm for kids. I'm always amazed by this misconception and infuriated by how most of society is incapable of exploring cartoons as a form of entertainment for adults. Thankfully things like adult swim on cartoon network is starting to break this misconception.

Flatpack also never fails to address this issue and I was more than happy to enjoy both cartoons for kids and adults.

Boy and the Beast

This film is probably not a great film for a super young child and does carry the warning that if under 12 they needed to be accompanied by an adult. However saying that it is a great anime film from Japan that I have been waiting to see for a while and it was thankfully shown with subtitles rather than dubbed over.

The story is simple:

When a young orphaned boy living on the streets of Shibuya stumbles upon a fantastic world of beasts, he's taken in by a gruff warrior beast looking for an apprentice.

The execution is superb. Humour, anger, sadness, action, it's all there in the right amounts and best of all uses a mix of different animation styles which makes it a joy to watch.

This is something that I would class as a kids film that can easily be enjoyed by adults. In fact the majority of the audience were adults, probably because like me they were excited by this being shown in a cinema!

On the other side of the coin there's also cartoons and other types of animated form that don't cater for children but rather adults with shorts that explore adult themes which would irreparably harm a child's developing psyche. As adults we're already pretty warped so we probably didn't do too much damage to ourselves...I think.

Flatpacks description of the event:

Animated images and unbridled imaginations make good bedfellows. The joyfully brassy films selected feature sex, drugs, and silly jokes. In Day 40, Canadian animator Sol Friedman rewrites the story of Noah’s Ark from the point of view of the animals. The hilarious After the End, by NFTS graduate Sam Southward, sees the last man on earth (or so he thinks) fall in love with an inflatable doll. And in the rough-hewn The Lingerie Show, a drug addict tries to seduce her bisexual boyfriend away from his sugar daddy. Think animation is just for children? This selection of shorts may make you reconsider.

The final lines in the description are what I love as they too understand that animation isn't just a kids playground. 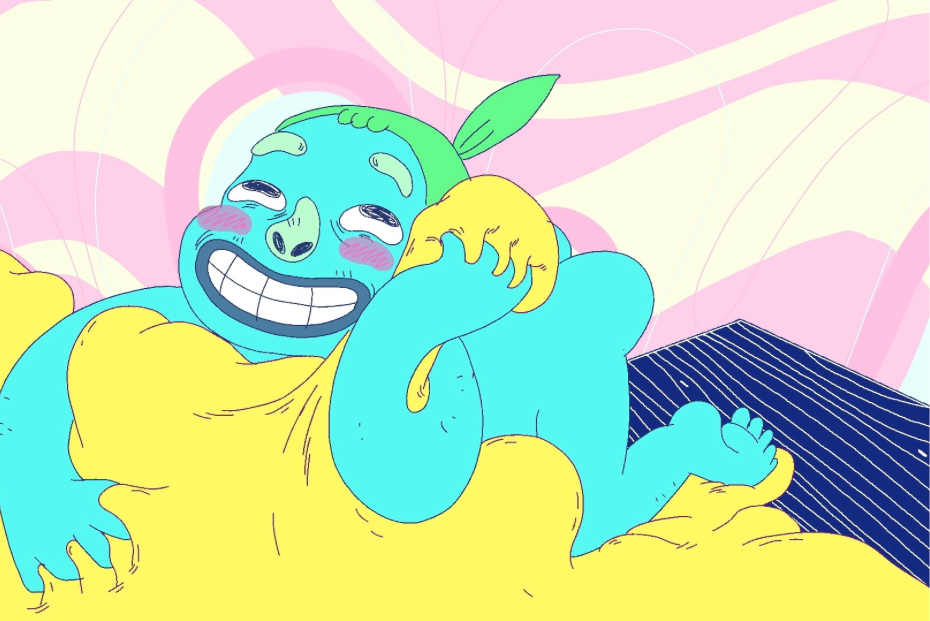 One of the best examples of this from this lot of shorts was Ivan's Need which had a guy who had a fetish for the softness of the dough that he was kneeding as part of his job. This invariably leads him to the soft bosom of his customer and a hilarious animated adventure that was definitely not meant for a kids eyes...

In conclusion cartoons and the animated form in general aren't just for kids. Flatpack is unafraid to show both sides of this and I love them for it. Hopefully if you went to some of their events this past week you got to see the wide array of entertainment that the film community has to offer.