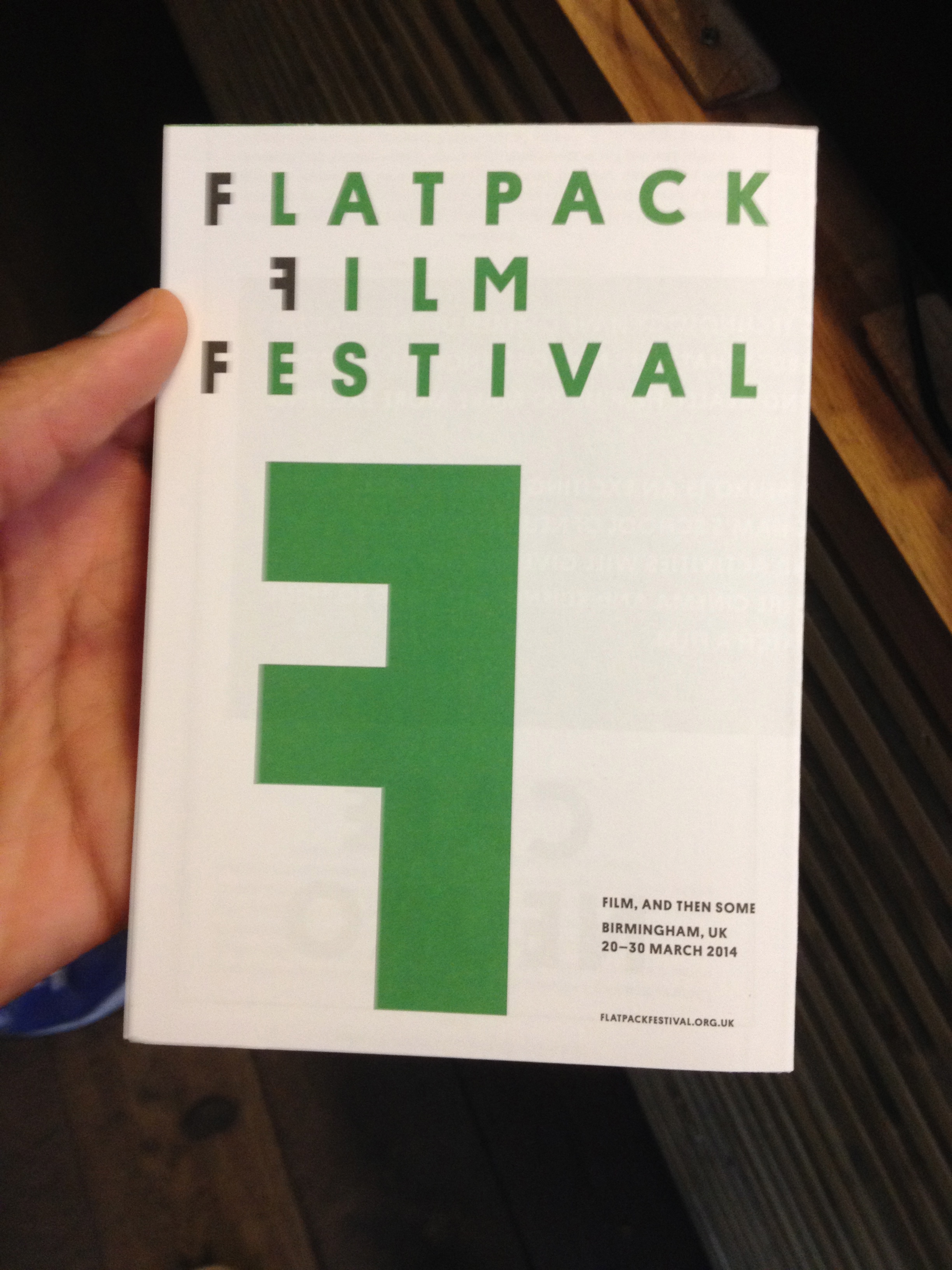 This is going to be the first of a series of blog posts on my experience of Flatpack Film festival which I made the fantastic decision to visit over the weekend after being told about it by Visit Birmingham.

For those who don't know (and can't see the date on the picture above too well because of my shoddy camera skills) Flatpack Film Festival is an eleven day festival running across Birmingham from 20-30 March 2014. Featuring a number of varying forms of entertainment not only limited to films including Korean-style DVD lounge, canalside walks, live music and of course the best new films from around the world.

The trailer for it can be seen just below or visit their site for a look at the events still to come.

Over the course of the weekend I managed (along with my friend) to go to 2 films, 2 workshops and an interactive art piece. I will get into all of these over the coming blog posts but in this one I will focus on the festival itself as a whole and one of the highlights of my weekend the PiKA PiKA workshop.

The festival for me was quite well put together considering how many venues there were (which was 23 for anyone interested in that). A full list of the venues can be found on their website.

The event was well supported by businesses and places in Birmingham's centre. I was impressed by the detailed brochure and mini map they had available literally everywhere. Also the easy to fill out feedback form was a nice touch to end every event with so those exhibiting could get feedback or attendees for future events.

Based on information from Flatpack's twitter, this weekend was one of its best! They guesstimate that those working the event comprised of 10 core team members, 10 venue coordinators, 10 tech/production and 40+ volunteers. So across the festival, over 100 people which is quite impressive.

Those working the event were always helpful with whatever query you had for them and made sure they were extremely visible in the colour chosen for the festival (green).

The helpfulness didn't stop there as the person/persons running the twitter account were always ready with real-time updates on what events had sold out as well as what events you hadn't heard of were on. Needless to say I had notifications set up so I could keep track of any updates on events I was planning on going to.

Best of all they allowed me to take lots of wonderful pictures and videos of the events I went to. Of course no recordings of any films shown were taken.

I did however take a few pictures and videos of the first event I went to!

PiKA PiKA is an abstract animation film made with flashlights and a series of long exposure photographs. The photographs are edited together to make them appear as an animation. PiKA means flash in Japanese I learned, so Pikachu makes so much more sense now! 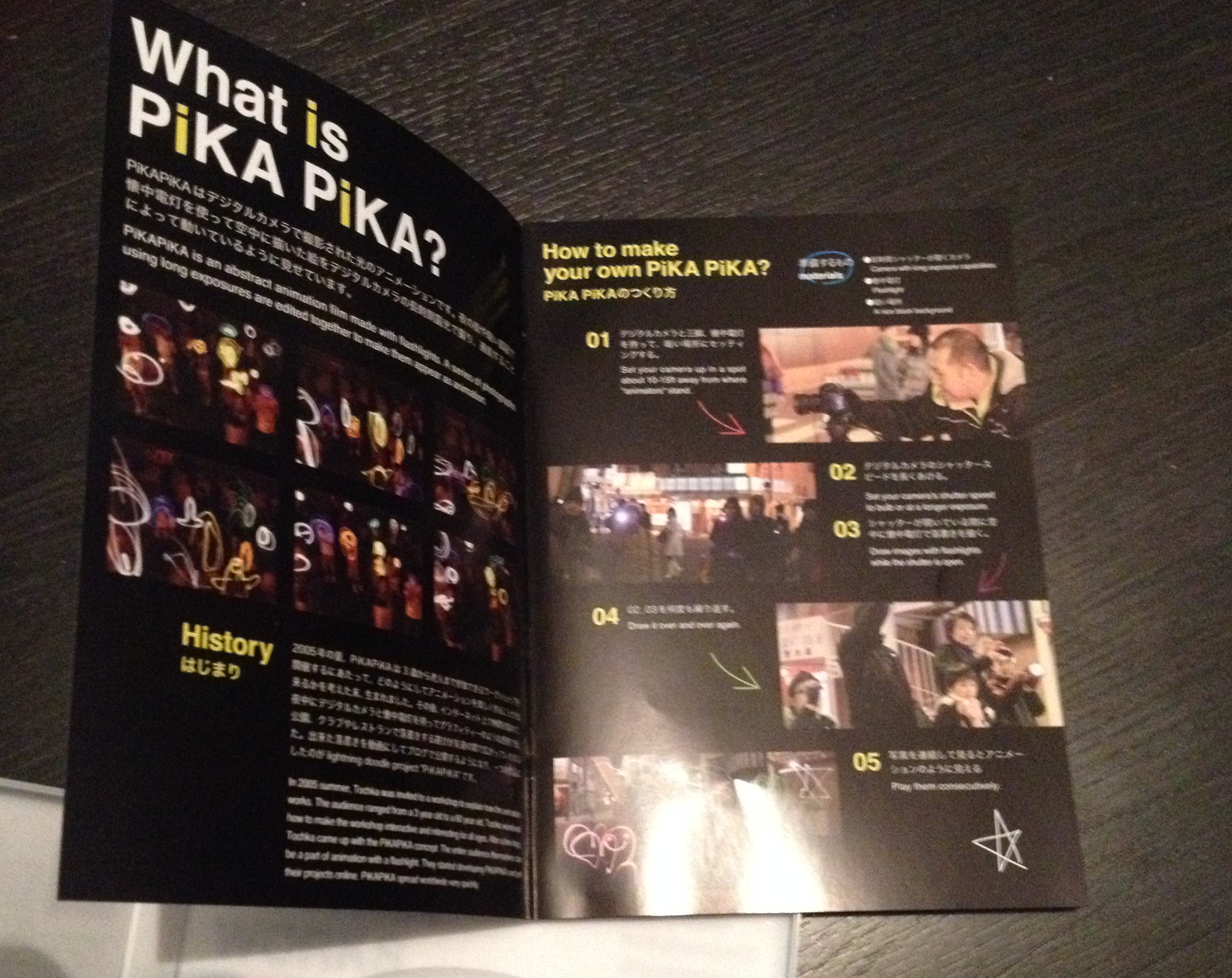 The workshop which was held in a room under the very cool 6/8 Kafe was run by Takeshi Nagata and Monno Kazue; a Japanese art duo who invented the animation form. Fay Heady an animator herself was also there to support the duo as an interpreter. They were all really open to questions and even gave me their business cards!

The duo's work was nominated in Annecy and won awards including the Honourable Mention in Ottawa, the Excellence Award in Japan Media Arts Festival and the Grand Prix in Clermont-Ferrand. 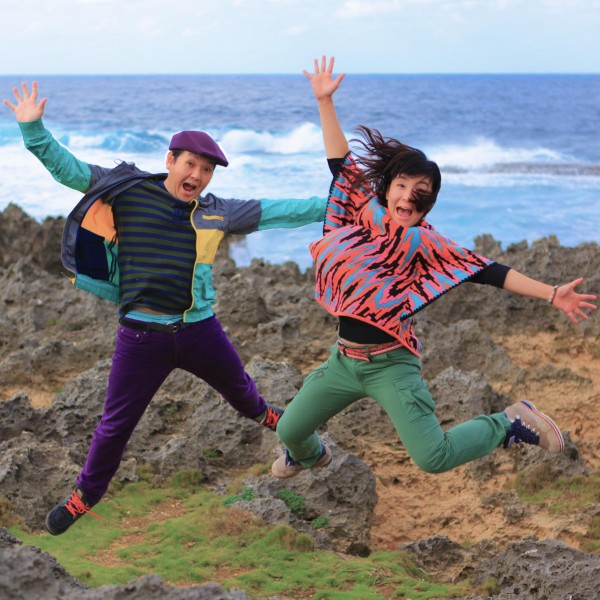 They were as animated in real life as they are in the picture above from their website.

The workshop had us creating simple shapes and animations using the nifty pen lights provided. 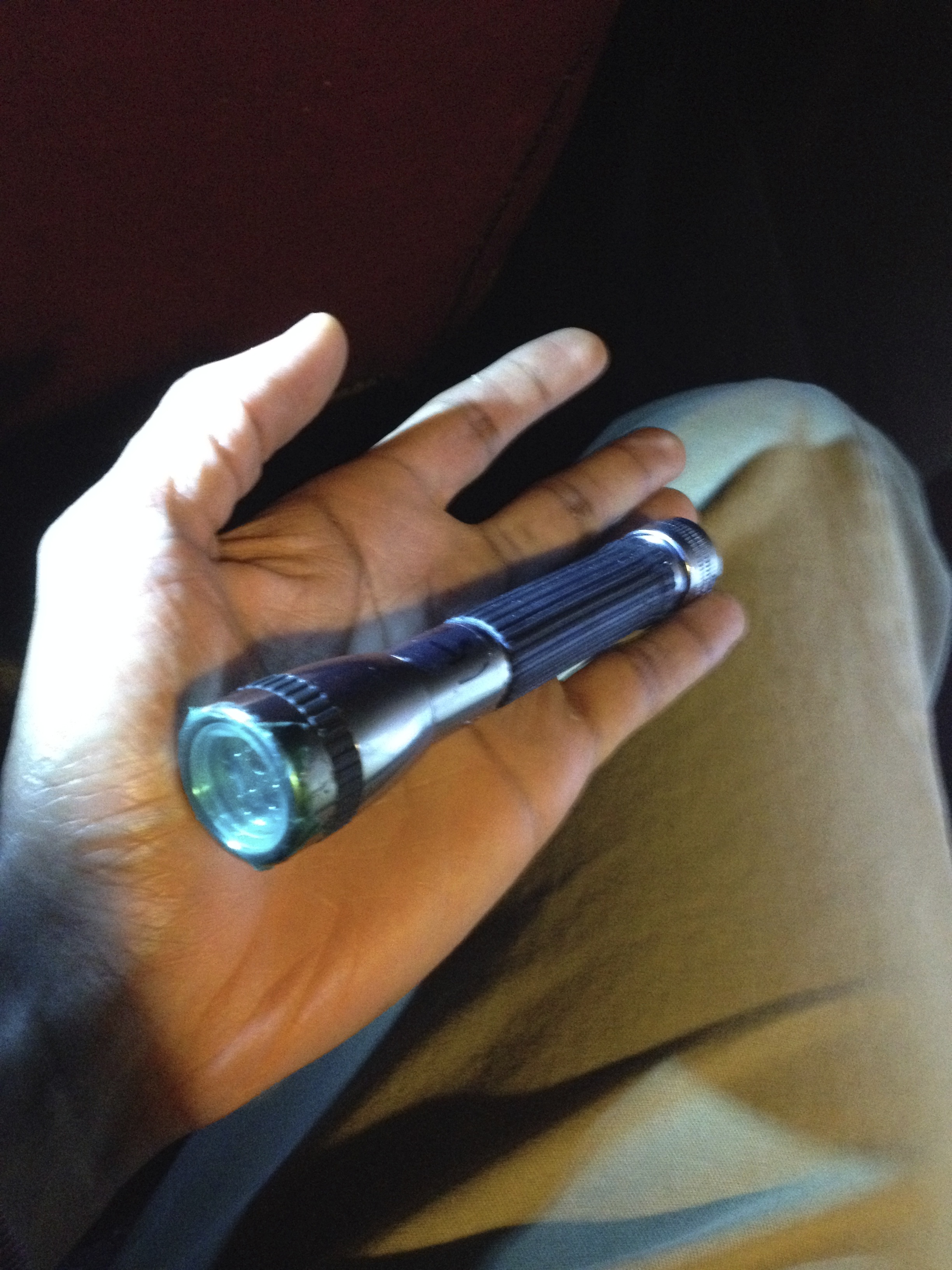 I really want to get myself one of these because they were that cool and I could probably even start to do my own PiKA PiKA animations!

The concept of drawing in the air was quite easy to grasp but in practice did not always turn out as you would think it would in your head. As you can see houses aren't that easy to draw. 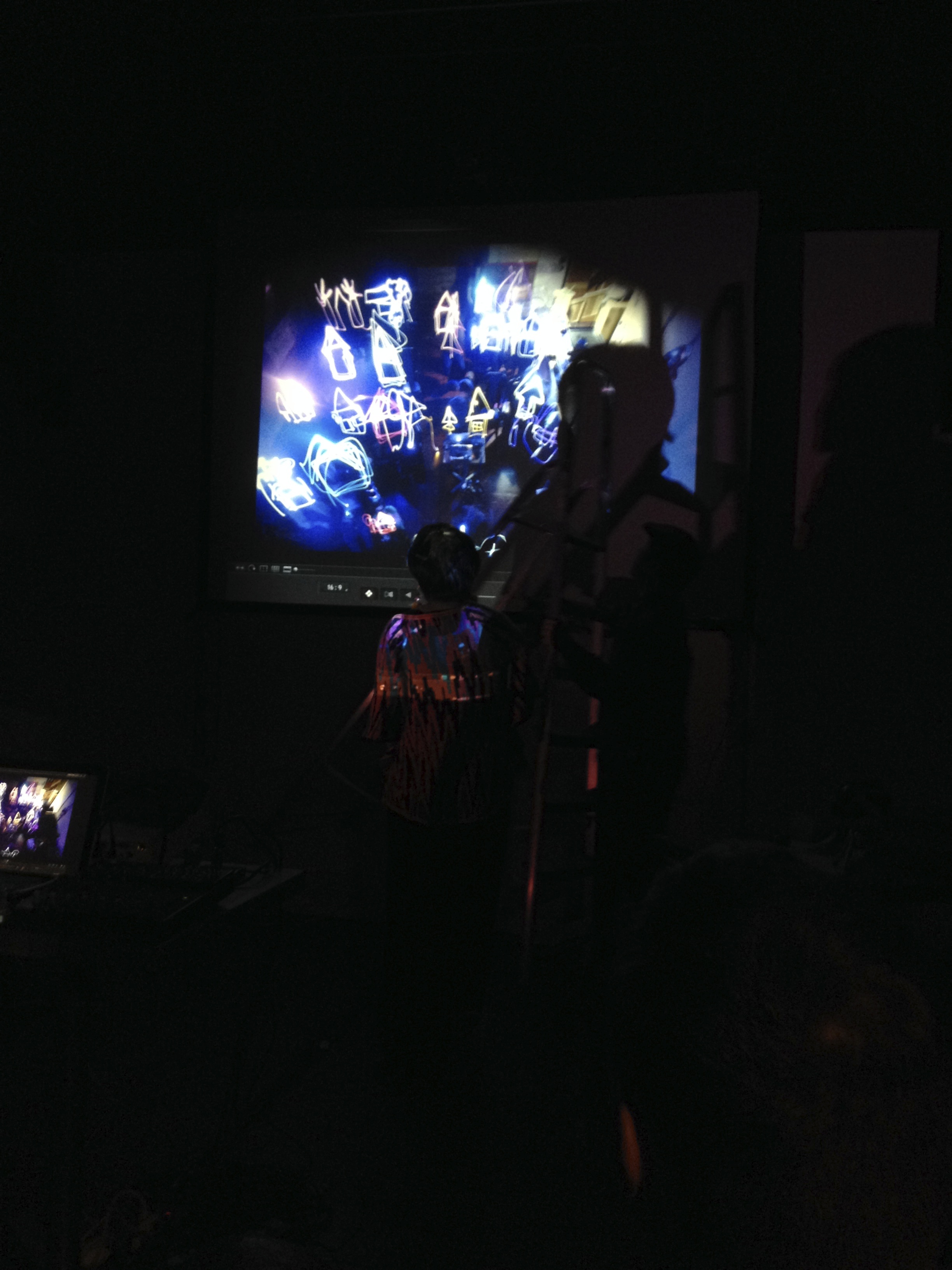 As a rule of thumb unless you know what you're doing, I would say the simpler you can make the shape or animation you want to create, the better. That way you can have more fun with it.

I had a lot of fun doing this workshop and it was one of the main things from the festival I was looking forward to. If you get the opportunity to go to a workshop run by this duo I would not hestitate as it's tons of fun!

I hope you liked this first post on my weekend of adventure. I'm hoping to do more later this week (provided I can escape from work at a reasonable hour).

As always I will end this with something that sums my thoughts on Flatpack and PiKA PiKA all up.