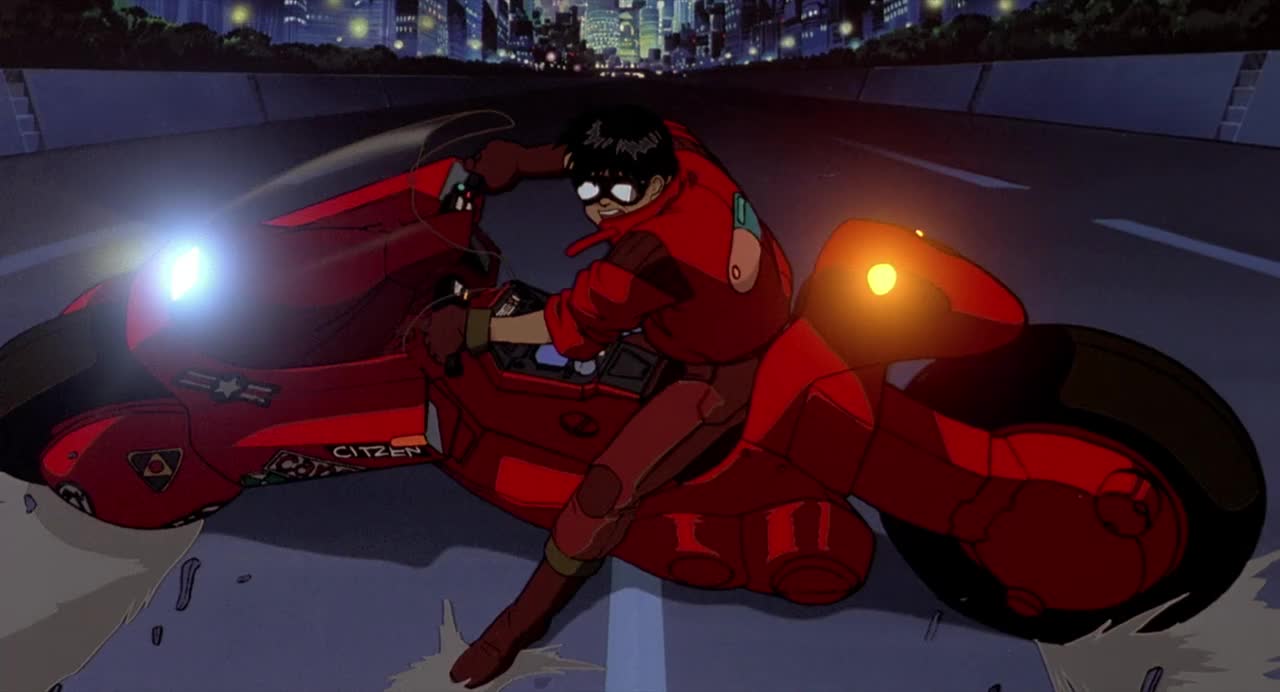 This post is inspired by a discussion that took place a few minutes ago as my friends and I decided how we would watch what can be considered one of the most influential anime films ever. As most of you can guess this film is of course Akira which has been in my small collection of DVD's for years.

Akira came out in 1988 and was for many the first introduction to anime and for those who were already immersed in the world of anime it was a revelation of what it could be. However as it is Japanese there are two options when it comes to watching it which are to watch it as intended or to watch it dubbed.

This post concerns all foreign films and not just Japanese Anime and can even be flipped around concerning how english language films are viewed in non-english speaking countries.

Most people who haven't watched a film in another language before will if given the option will immediately choose to watch it in the language that they speak due to the fact that it's easier to watch that way for them as they won't be used to reading and watching at the same time.

However in my experience with dubbed foreign productions be they film, anime, or TV show; there is always a disconnect between the voice actors chosen for the roles in the original version of the film and the dubbed version. So the press, critics and public of the productions origin could find the acting/voice acting phenomenal however when it's dubbed over the new voice actors choose to present the characters in a way not intended for the production. I've also found that the dubbed version usually has sections of the production removed when the cultural reference doesn't necessarily fit in with the culture of the spoken translation.

The other benefit of watching it subbed is that the voice acting is spot on for the production. It isn't a voice actor trying to play or interpreting another actor. To some this might seem trivial but if you truly want to experience a film/anime as intended you should always watch it in the language that it was produced in. The written translation that comes with the film is more likely to have been read/written by the director to make sure it is exactly how they wanted it to be, whereas if you're watching a dubbed version you'll probably find that it doesn't always have the same feeling behind some scenes as the director will have had to get someone else to direct it in the language required.

For those wondering about my preference you can probably tell that it is to watch things subbed rather than dubbed. When I was a kid watching things like Dragon Ball Z the shows were introduced to me in the dubbed format so I didn't know what I was missing out on, however now I do I'd say everyone should always be given the choice.

In the end my friends chose to watch Akira in the Dubbed format albeit accidentally after picking the wrong option. I was a little disappointed and can hear the accidents that are being made. But even dubbed this film is still good so even as I write this I'm still enjoying it.

Some people loved Interstellar because it was everything film goers have come to expect from Christopher Nolan with all the hits he has under his belt; thought-provoking, visually mesmerising and full of action. However some of those same reasons are why others hated it.

Unless you've been living under a rock for the past 4 years you will have come across the film Despicable Me and will have been introduced to the creatures quite rightly named...Minions. Clearly created with the intention to be endearing to children Minions