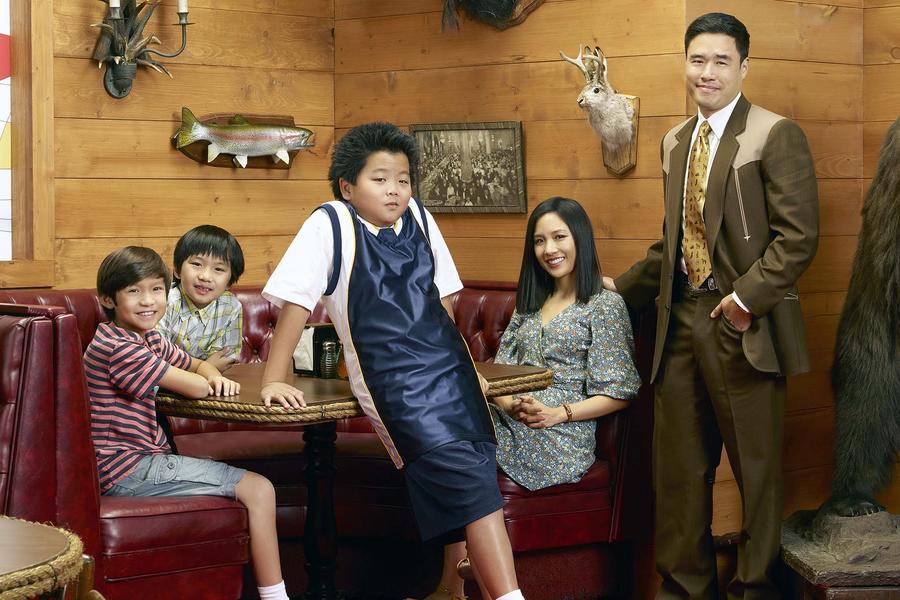 One of the newest comedies to come out on TV this season is one that could easily be compared to the controversial Blackish, the family friendly The Goldbergs, Chris Rock's hilarious Everybody Hates Chris or even the classic Wonder Years. Fresh off the Boat is inspired and based on the life of chef and food personality Eddie Huang and his book "Fresh Off the Boat: A Memoir".

Eddie is educated as a lawyer, and became prominent in New York's restaurant scene after the success of his BaoHaus, a purveyor of Taiwanese braised pork belly buns, also known as gua-bao. Most importantly of all he is blogger which is pretty inspiring to me that he . The book shares it's name with his blog which covers both food and topical issues. The name of the blog, book, his online video series and now this series refers to his Taiwanese immigrant background as he grew up in America (in his own words) as an "other".

The show like Everybody hates Chris and The Goldbergs are set in a by-gone era that many "kids these days" don't really know about but luckily I remember.

Set in the mid 90's the show centers around a young Eddie as he moves to Orlando. Played by Hudson Yang young Eddie struggles to find his way in a new school guided by the one thing that never steered anyone wrong back in the 90's. Yes I'm of course talking about rap music, one of the many genres of music that have gotten a bad (for lack of a better word)rap over the years.

Hudson is without a doubt a perfect choice for the role and just like Tyler James Williams did in Everybody Hates Chris, he makes the role his own and has you in stitches.

He is not alone in the show as he has parents played by Randall Park and Constance Wu. Park you will recognise from the controversial comedy film The Interview where he played President Kim and is likely the main reason most people came to watch the show, but in the long run it will be Hudson and Eddie's story that people will remember. Wu is relatively unknown but has an intense presence that rivals Tichina Arnold in Everybody Hates Chris. Finally there are also Eddies two younger brothers and grandmother which complete the family. The show wouldn't work without all the cast of the family being right and the casting of them is without a doubt perfect for this show.

Music was a big influence in young Eddie's life and is unsurprisingly featured heavily within the show to comedy effect as he relates a lot of his decisions to it which leads to both good and bad consequences.

If you're not watching it already you should be as this is more than likely going to continue to be what it is. Amazing.