Big news! I've been drafted into Gishwhes like thousands of others around the world.

Basically it’s a massive scavenger Hunt that takes place July 30th – August 6th. People compete from all over the world, creating weird and beautiful “art” online and in the world, doing crazy fun activities, but most importantly; committing heartwarming acts of kindness.

g.i.s.h.w.h.e.s. stands for the Greatest International Scavenger Hunt the World Has Ever Seen and is a 7-time Guinness World Record breaking scavenger hunt hosted by Misha Collins otherwise known as Castiel from Supernatural. 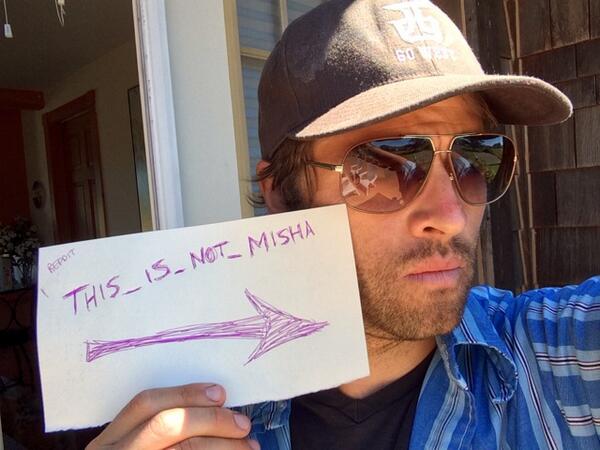 Thousands of participants from more than 100 countries build their own teams with friends or are placed on 15-person teams (of new friends!) and for one week, through laughter, sweat and tears (of joy of course), they acquire Items on a fun, inspiring and sometimes jaw-dropping scavenger hunt list. The team that scavenges the most items with the highest quality of submissions joins Misha Collins on an all-expenses paid trip to an exotic locale. All the other teams walk away with a heightened perspective on their capabilities, and memories of an amazing week. Prior Winners journeyed to Rome, a haunted castle in Scotland, an island off the coast of British Columbia, and a pirate ship in Croatia. This year the Winning Team will be joining Misha Collins in Iceland for dog-sledding on a glacier, partying in a volcano, and thermal hot springs water fights. (we’re not sure what this is, but pictures will be posted!).

Okay it's pretty random but it should be pretty cool and it just wouldn't be me to not do this crazy random thing much less a weeks worth of it (on top of working my day job).

However I'm not doing this alone. As I said at the start, I was drafted or rather recruited by someone who knew I would probably be up for doing something like this (they were right). So I'm part of a team of 15 people who will hopefully - if the stars align -will win the whole shebang and have a lot of fun doing it. If we don't win I have no doubt we'll still have a hell of a lot of fun doing it.

According to GISHWHES rules of which there are a few (mostly hilarious, seriously read them) I won't be able to post any task we (team gonerogue) are working on or what we're doing, which means no showing of videos and photos in public until Misha gives the okay after the 6th August. However that does not stop me from asking friends, families, acquaintances, strangers, colleagues, strangers (yes I said that twice because I envision I will have to talk to a lot of strangers) from helping me complete some tasks.

We still don't know what the tasks are or will be and won't until July 30th but I'm really looking forward to what GISHWHES has in store this year based on previous years lists...

Once the hunt is complete I'll do a post to highlight my favourite parts and the teams as by that point I'll probably be itching to do so!

So if between 30th July - 6th August I ask for some help with something say yes. I promise it's for a good cause.

If you're interested there's still time to join! At the time of writing 1 day remaining.