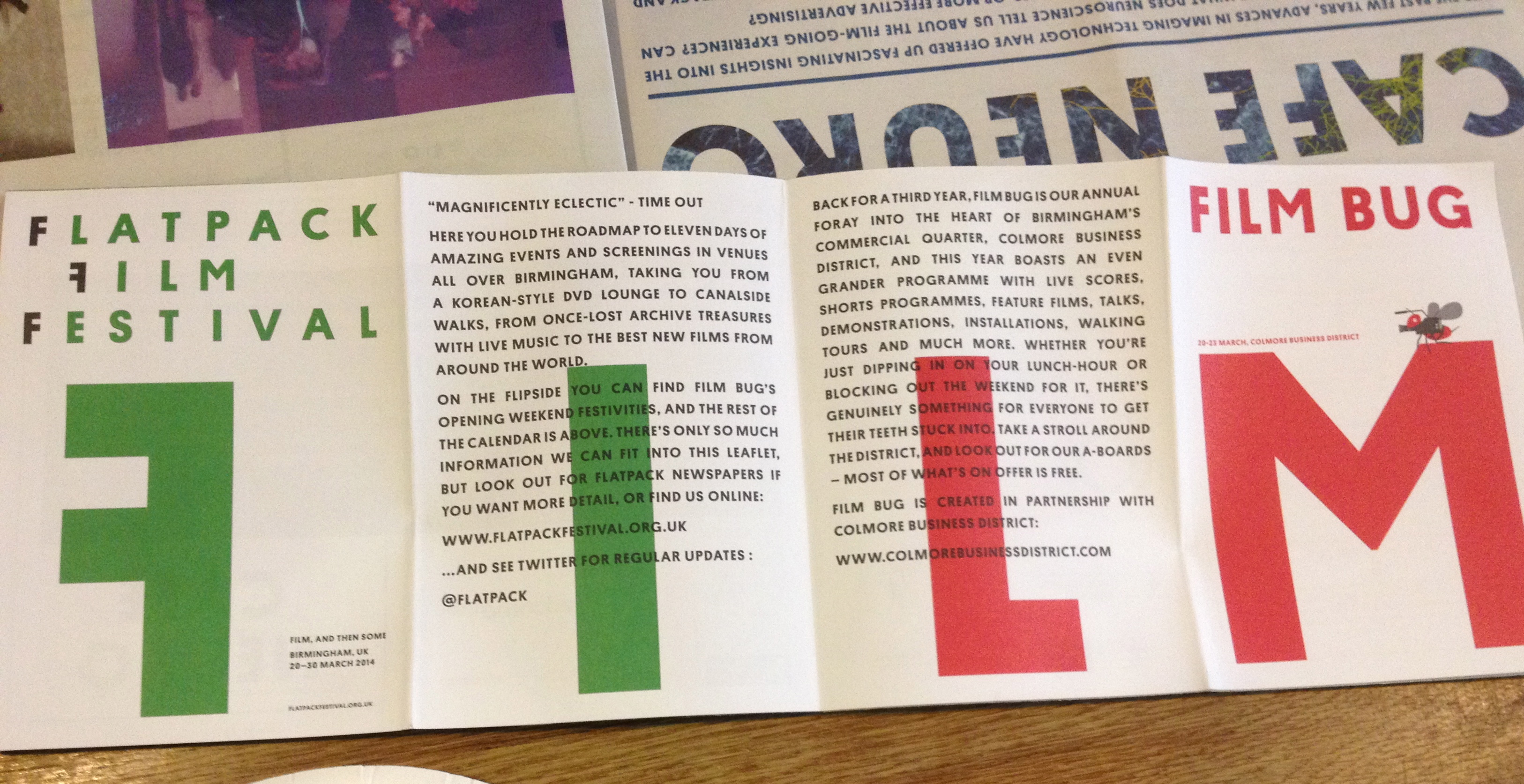 This will be my final post on the Flatpack Film Festival and will focus on the hand drawn animation workshop that I attended on the Sunday at the Library of Birmingham.

A lot of work for ten seconds viewing

After taking part in this workshop I have a profound respect for animators and film makers (not that I didn't already), as a lot of work needs to be put in to get even a few minutes of footage.

The description of the workshop was as follows:

This sounded awesome to us and a great way to end our Flatpack weekend. It was free, we could get there at any time when it was on. However the reality was a little different from what we imagined.

The first clue should have been the inclusion of "painting" in the description. We should have known that would have brought families who wanted an educational day out with the kids. The second clue that there would be a load of kids was the location being the library, a window to a world of wonder for kids (or it was for me when I was a kid anyway).

As the likelihood was that families were going to be coming and going from the session as long as it was on we took the first two seats going.

What we would be doing was drawing on a long strip of clear 16mm film to create a 10-15 second clip. To put this into perspective for those who can't really imagine what 16mm looks like, the film is about as wide as a finger. For an image to appear on the screen and register in our mind we would have to draw the same image in 3 consecutive frames on the film which was about an inch of film.

We had to keep the drawings quite simple for us to even have a chance of filling the entire strip without it taking a long time. Even then it would still be quite hard for us to fill it. This is probably why everyone else before us had gone with shapes and lines instead. We went for mini cartoons.

It took an hour to fill both our strips and we only realised toward the end that we had drawn on the film sideways. Needless to say some kids learnt a few bad words that day. Whoops... 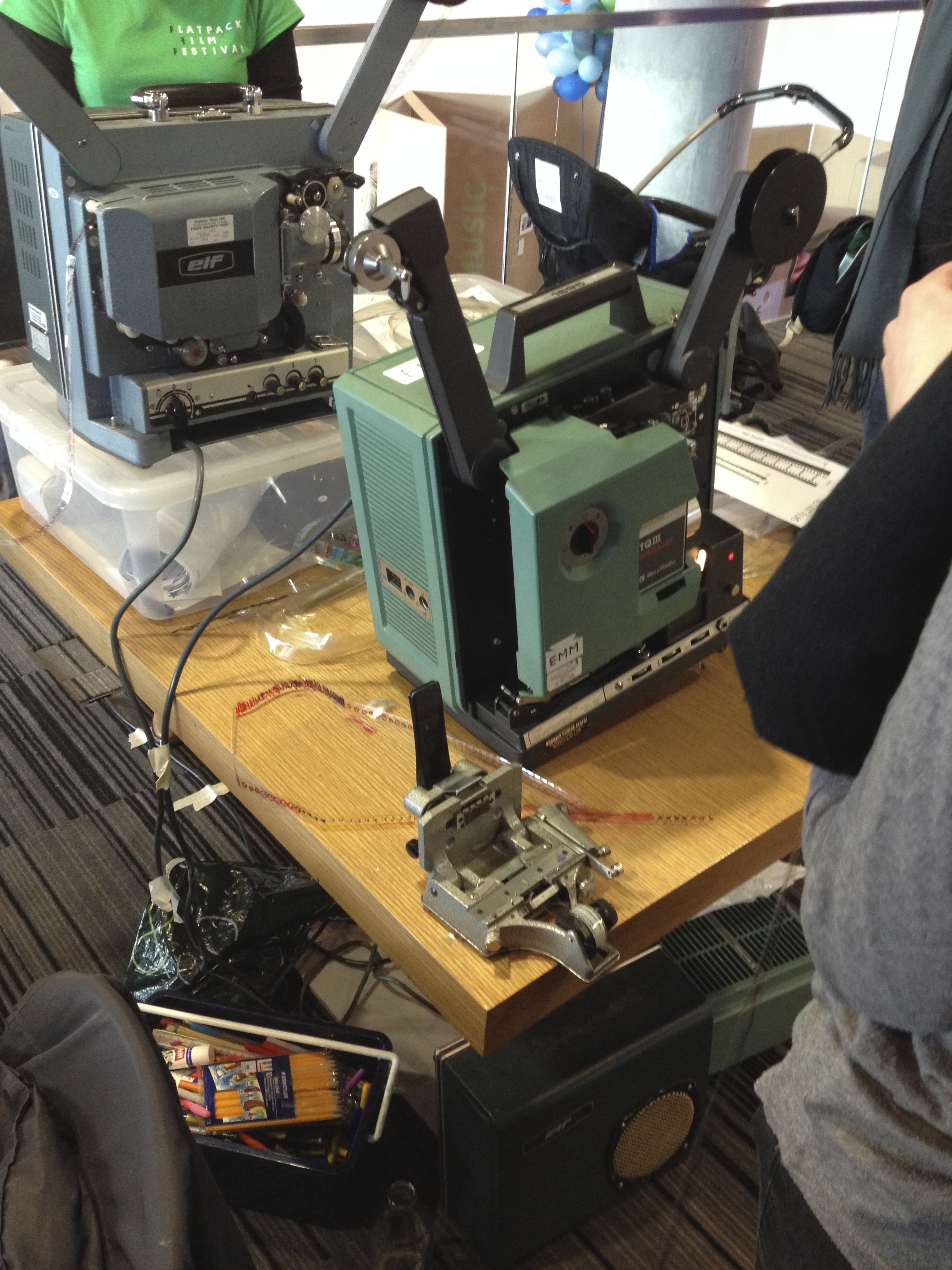 The strip was run through this projector on a loop which was pretty cool to see. I would share the finished clip but I'm not super proud of it. It was dire to say the least. Plus side is I got to keep it...as a constant reminder of that slightly wasted hour of work.

That's the end of my account of the opening weekend of Flatpack Film Festival.

I honestly had a great time doing the workshop. It was a long process but fun to try out.

The festival is still on until 30th March so if you're in the area check it out!

Hope you had fun reading about my hand drawn horror. If you haven't read them already check out my previous 3 posts about Flatpack.

As always I will end this with something TV related that sums up how we should have approached the workshop.