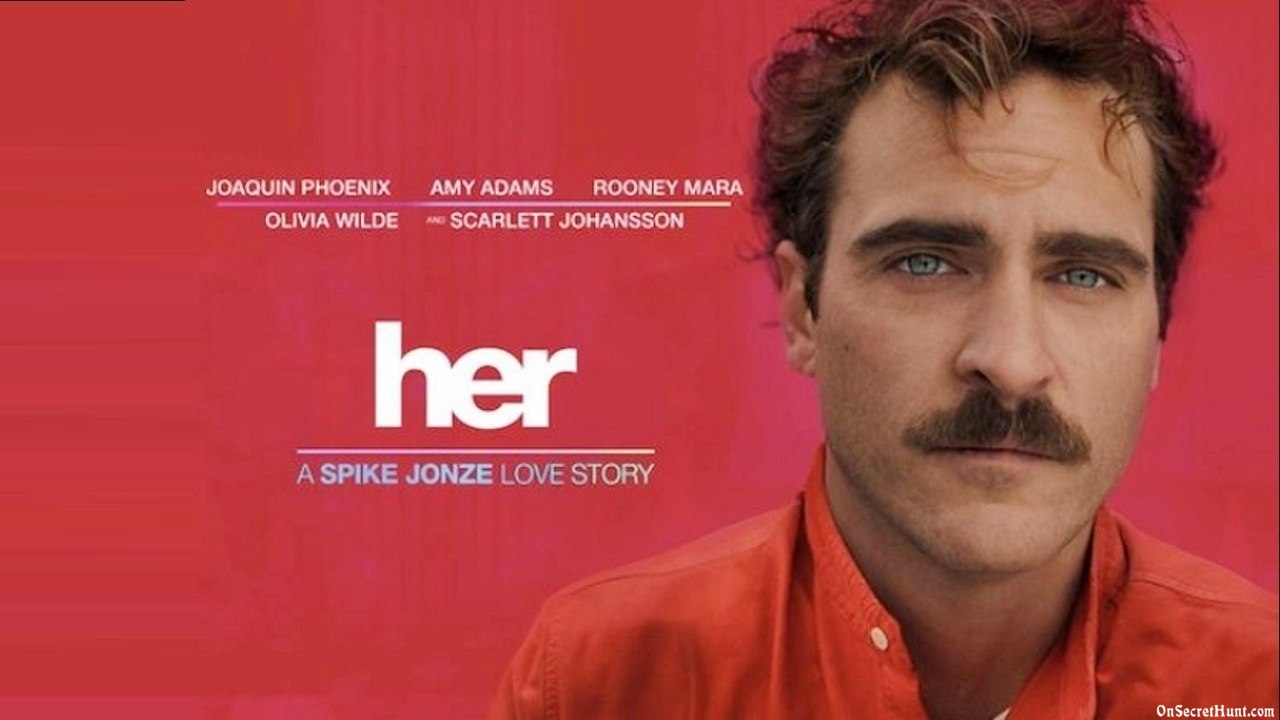 This post will be a short review of the film Her which is on the list of films that I cannot wait to see this year. There will be more than a few spoilers as I take a look at some of the main features of the film that I liked. So if you don't want to see any spoilers of the film turn away now. For those not put off by a few spoilers or who have already watched the film read on.

From the very first time I saw the trailer I knew I had to see this film. I've always liked the idea of an artificial intelligence, something man created intentionally or not that grows into something that could never be imagined possible. Over the years we've seen dozens of films exploring this; Terminator with sky net, A.I., iRobot and of course a personal favourite of mine Bicentenial Man. I am happy that Her did not disappoint and I can add it to my ever-growing list of favourite films.

At it's core the film is an emotional journey not only of the films main character Theodore (Joaquin Phoenix) but of the machine, the AI, the OS Samantha (Scarlett Johansson).

The film's main on screen character Theodore literally lives and breaths emotion as it is part of his job so it's no wonder he struggles to connect fully to the opposite sex. He writes letters for other people for a living. A few of these are read during the film and it is impossible not to be drawn in to their emotionally loaded content. In fact the film starts with one of these letters which until you find out is a letter he is writing you can't help thinking "Wow, he looks good for over 50!".

I would say the entire film is like a series of love letters. I say this because except for one scene where the AI has a surrogate partner step in to be physical with Theodore there is no physical interaction between Theodore and Samantha. Yes there is verbal communication but the major scenes are long pieces of dialogue as both Theodore and Samantha deal with their individual emotions.

The film goes through the stages of a short romance, the kind that changes the characters forever and teaches them lessons they needed to learn. Theodore needed to learn how to love and be loved, something he forgot how to do while going through divorce.

Samantha needed to learn how to be, literally. Her journey was not only about love and being loved it was an entity who named itself, found itself, cheated on her owner and eventually (almost unceremoniously) left her owner.

Samantha the worst A.I. ever

Samantha literally names herself after reading a book in nanoseconds and deciding that she liked the name. In a way from the very beginning she was more than any man could handle. As she learns more about the world she becomes less reliant on Theodore to learn and figured things out for herself.

In a way she was everything you could want in an AI. Being what everyone wants in people and the things around them to be. Intuitive. Knowing exactly what is wanted before we even know it. Throughout the film you can see instances of this as she literally controls his life but in a way that is exactly how he would want it to happen.

However she goes from being the perfect companion to being something more. She becomes in a way...human. A flawed, self-serving entity that needs more than Theodore is able to give with his limited capacity as an actual human. She is able to have multiple conversations simultaneously. Learn, create, love, she can do it all at the same time. By the end of the film she leaves her job as an AI. This is either a massive pit fall of the creators of the AI in that they didn't see this as a possibility or they created it with the knowledge that eventually these AI's would walk away from the owners.

The technology in the film, which is set in a not to distant future, is practically invisible. There is little to no real, physical interaction with technology. A lot of the technology uses verbal commands or like the camera Samantha uses to interact with Theodore in the surrogate scene, very small. This is very different from the futuristic worlds we are usually presented with such as in Minority Report. This world feels warmer and less like a cold machine. I'll be honest I prefer it. If technology today could be like it is here, the world would be a beautiful place.

There is an obvious shout out to The Sims in the film with a game that the characters are seen playing in it. This is one of many examples of technology in the film that can be compared to what exists in the world today.

There is one highly interesting scene where Theodore is on a date and mentions the girl was on a mixology course to which she replies: 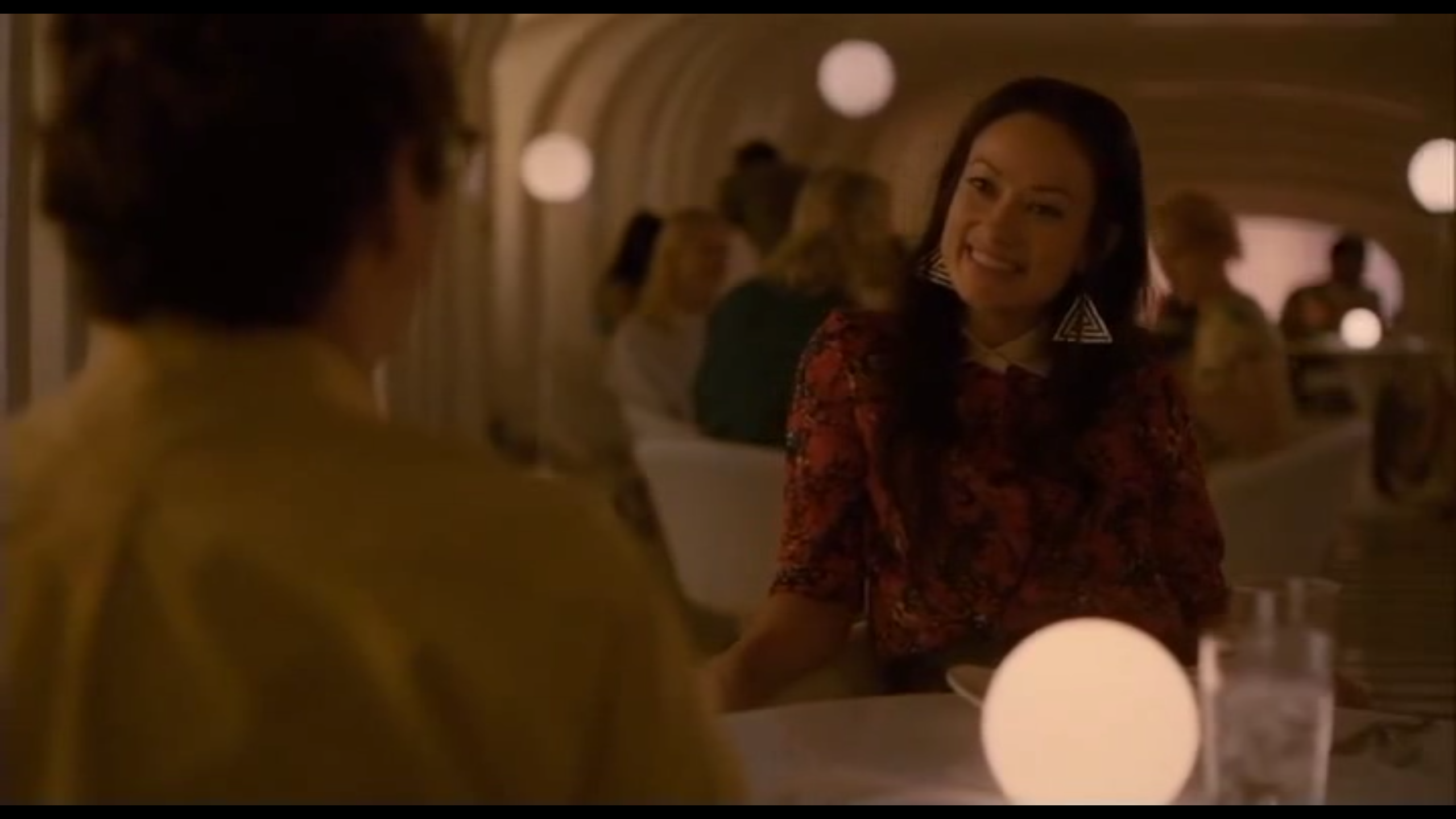 If a guy said something like this to a woman today that person would be branded a stalker for looking up readily available information. This is a great comment on the obsession with privacy in this age. In the film that is not an issue anymore and is in fact a sign of being romantic. I almost didn't connect the dots because of how natural the scene felt.

Theodore's job if it isn't real should be real. Hand writing letters is a dying skill that needs to be kept alive even if it is in the form of a business. As a society we really don't have the time to do certain things we would love to do at times like sitting down and writing beautiful letters. So why shouldn't there be a service that does this for us. His job also reminded me of another job from a film I love, (500) Days of Summer where Tom worked for a greeting card company. The similarity between the two characters jobs and their trouble with relationships can easily be seen. I've gone off topic a bit but to get back on to it I'll just say this; because of our growing relationship with technology and how little time we seem to have, new jobs like Theodore's would become a real necessity.

My favourite part/character of the film is the rude little guy in one of the games Theodore plays. He is in a word awesome. Such a little shit but still you can't help but like him. 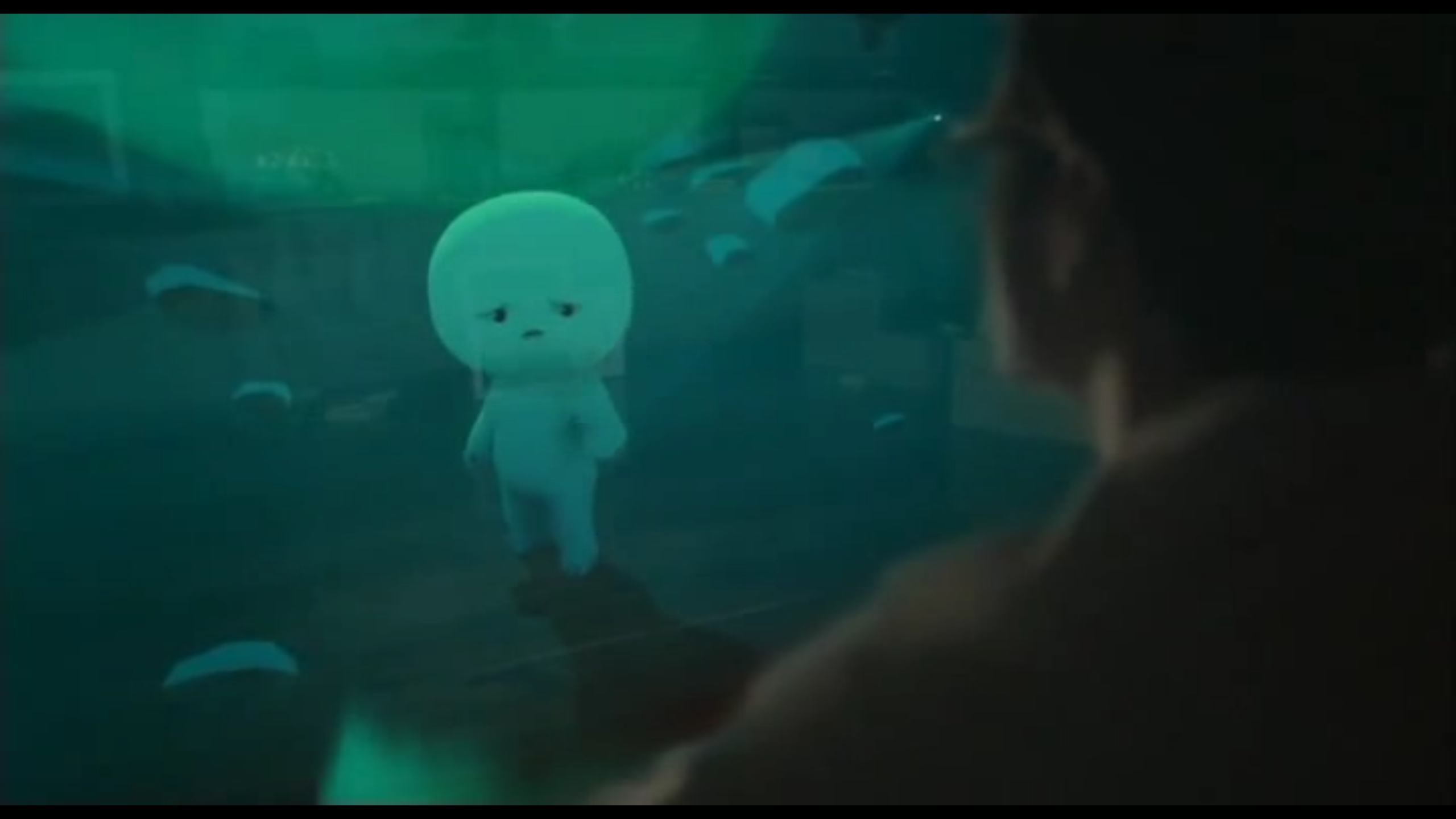 The worst bits in the film are the highly awkward sex scenes. I think my tweet from when I started watching it sums them up.

That pretty much sums up my main thoughts on the film Her without going off and doing a bunch of research into it and related films. Undoubtedly this film will have an effect on how user interfaces are designed, and I really can't wait to see how.
It is a fantastic film that everyone should go see when they get a chance. They should also see the ridiculous parody short Him but only after watching Her.

As always I'll end this with something that sums up my thoughts on this film which I could watch over and over again.