One of the most exciting and disappointing series I ever watched was Heroes. If you haven't heard of this show I'm not sure why you're on my blog but you will learn (I will cede my knowledge onto you).

"Heroes" was a show from 2006 that lasted until 2010 from the mind of Tim Kring. It followed the lives of normal people who discovered that they had amazing abilities and gifts. It was like a realistic version of the X-Men (well as realistic as you could get). The show as very grounded and had some prolific characters that resonated with audiences. But what really gave the show it's life and gathered the loyal audience that stayed until the end was the marketing and larger ideas behind it's seasons. This got lost a little bit in the later seasons but the first seasons taglines captured the imagination especially their "Save the Cheerleader Save the world".

I came to the Heroes party late but destroyed a season in one night. These were the days before Netflix and also before I watched as much as I do now. That night probably started me off the path I'm on now haha.

When the news broke about Heroes Reborn I was skeptical about whether it would be any good and if any of the cast would return for it. I'm glad to say it looks like my doubts were not confirmed and beloved characters returned for the show which comes out in September and I cannot wait for it.

Even their marketing is back on point.

If that wasn't enough they recently released 6 webisodes under the title "Dark Matters" focusing on one of the new characters that will feature on the show that follows on from the end of the last season.

Honestly this is what convinced me.

I won't ruin anything but if you're a fan of the show watch the webisodes and your confidence in the show will be restored. They've gone back to what made them great and I can't wait to see the show itself.

If that wasn't enough they've brought back 9th wonders. Previously a web comic that added value to stories in the show, it's been brought into this web savvy decade with a tumblr site focusing on photos, artwork and gifs. 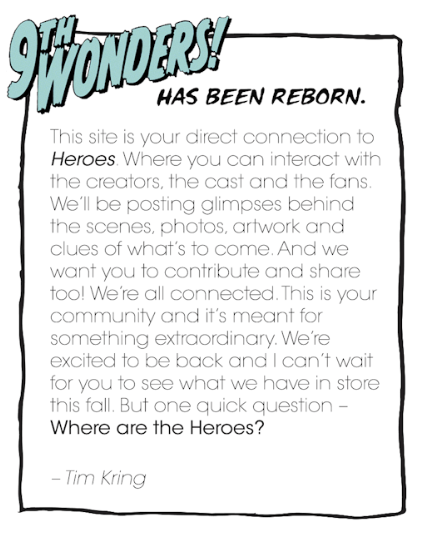 With just over a month before the show comes out I'm excited to see what Tim Kring has in store. He's had a few years to think how he'd fix the ending and I don't think he wasted them.

So I guess I just have one question to end this post with... 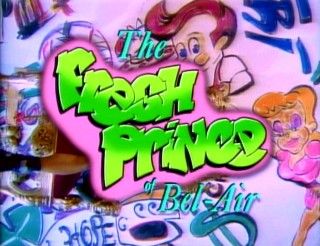 In case you haven't noticed I have a minor obsession with cosplay currently so it's not surprising that I came across a blog post about it recently but what is surprising is the content of it. You can view it below for yourself. http: