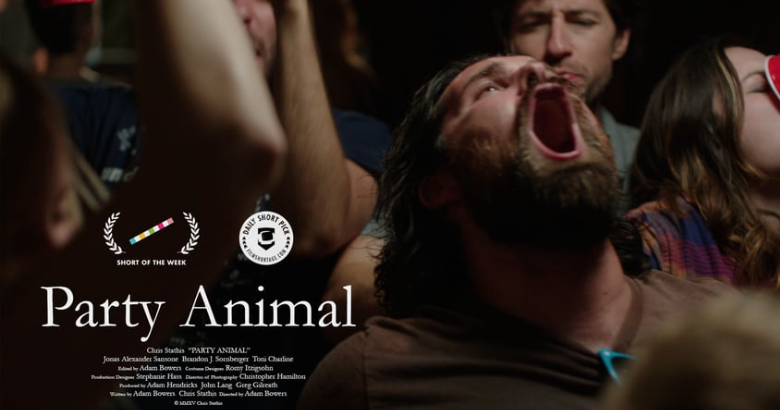 Christmas has just gone by but most of us (not me) still have time off for the holidays which means one thing...it's party season! With that in mind I have a small public service announcement with the help of the following shorts.

I'm not saying to not have fun as it's the holidays you're meant to eat, drink and be merry. However...don't be these guys. They are everything you don't want to be the morning after.

First up is Chris, the Party Animal. Written by Adam Bowers & Chris Stathis, the story follows a man (Chris) who wakes up the morning after to find his life in ruins. This short is a physical example of the two sides of a night out story, the amazing feeling that you have while you're drinking with your friends and the horrible stories that come out the morning after. Basically maybe be Chris this Holiday season but not all the time, definitely not the day before you have to go to work...

So drunk power, yeah it's a real thing it's not just a myth. It's when you drink you get extra strength, you get extra power, sometimes extra intelligence. It's pretty cool.

Source: Short of the week

Then we have Successful Alcoholics is the dream we all live in when we have to go to work in the morning but are going out the night before. The dream that we can have fun and still excel at our jobs the next day.

With T.J. Miller and Lizzy Caplan playing Drake and Lindsay, the successful alcoholics of the short we get sucked into their crazy world of day drinking and people in their workplace letting them get away with it because they're somehow still functional great at their job.

So have fun this holiday party season, just remember to not take the party back to work. You're not Drake or Lindsay and you definitely don't want to be Chris...