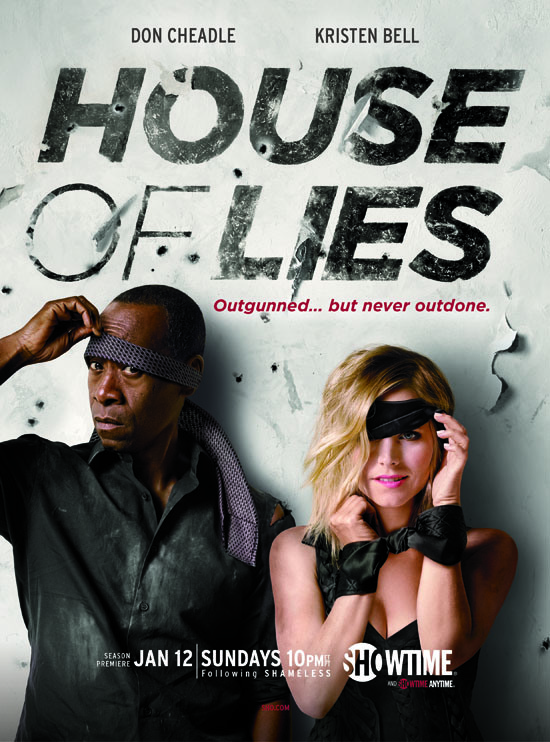 Apologies for the gap in between my posts but I only write them in my free time. Unfortunately society tells me that I need to work for my money and as such I don't have as much free time as I would love to have to devote to this.

Until such time as when I can create a time machine, clone myself or win the lottery that probably won't be changing anytime soon.

So...I have been meaning to write this post for about 2 weeks since House of Lies entered into its third series on Showtime. In this post I'll look to go into what it's about and why you should be watching it. If you're a fan let me know if I missed anything out or if you agree/disagree with what I've said. I'll try to make this as spoiler free as possible.

What it's based on

This personal favourite of mine is based on a book by the same name. It tells a tale of corporate America and it's relationship with management consultants told from the view of one Martin Kihn. Published in 2005 a brief synopsis of the book is as follows:

If you're anything like me you could see how this book could easily be turned into a great show based on that synopsis. I'm so glad those at Showtime spotted this book and made it into the show that it is! A lot of great material such as this probably goes unnoticed for years before someone picks it up and runs with it. So I'm glad that it was not the case with this.

The best parts of the book are taken to form this comedy/drama hybrid that works so well. However the reason the show works so well is down to the cast as much as it is the material its based on.

The main character of the show is portrayed by the talented Don Cheadle or as I like to call him Mr. Charisma. You can't help but be drawn into his world when he's on screen. I first really took note of him after his performance in the film Crash which you should see if you have a chance. This is where (in my opinion) his career really took off, where he has now been seen in Ocean's and Iron Man sequels as well as a series of the best Captain Planet shorts ever conceived. 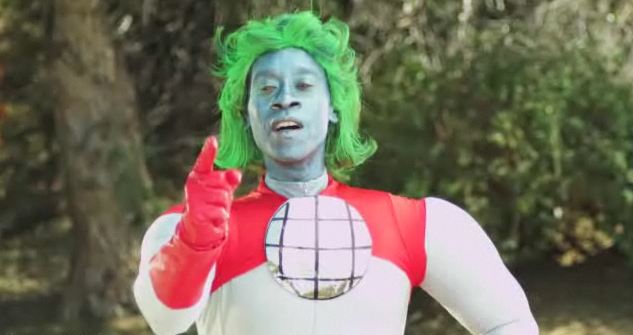 However going back to the character of Marty Kaan based (sort of) on Martin Kihn, Don plays a deeply flawed character that fights between his better judgements and who he needs to be to get by in the dog eat dog system that is his world of work. Ultimately he fucks it up (excuse the language) over and over again...but it's so enjoyable to watch. Along the way he gives some of the best one-liners since the infamous Perry Cox from Scrubs.

Connected to him are his family consisting of a blood-sucking ex-wife and competing consultant (Monica), gender neutral son (Roscoe) and psychologist father(Jeremiah). It makes for some interesting family dynamics that's for sure.

Marty's pod are the team of people that he works with. Together they approach clients and close deals to keep their money making beheemoth of a company going. This pod consists of 3 strong pieces of acting talent.

First up is Jeannie who is played by the beautiful Kristen Bell of Veronica Mars fame. A power hungry female, who wants nothing more than to be the youngest this, that and everything. She doesn't hide the fact that she wants to be exactly nay, better than Marty at his own game. The dynamic between their characters is a joy to watch.

Ben Schwartz and Josh Lawson who play Clyde and Doug were both unknown to me before this show. Both are actors & writers and they are surprisingly quite good playing across from Kristen and Don. Their failed rivalry for Marty's favour is usually quite funny to watch. Over the seasons the characters have come into their own more and more as have the actors. I would not be surprised if after this show Josh and Ben become ones to watch out for.

What I love about it.

There are a host of things that I love about the show but I will drill down to a few of my favourites.

He helps Marty accept Roscoe’s gender play which helps to humanise the abrasive character that Don Cheadle plays. This is one underrated guy who helps raise every scene he is in. In my humble opinion the perfect choice in casting for the dad/grandad. Also he was apparently passed over for the role of Han Solo back in the day.

A device that is often used in drama where a character stops to talk to themselves or in reality the audience. In TV this was famously done first (unless my information is wrong) in Saved by the Bell by Zack where he would call a time out and freeze everything but him, usually to get out of bad situations.

Marty uses it as a device to explain the situation to the audience and let them know what he will be doing. He does it all the time and it is awesome. So awesome in fact that I think that Netflix favourite House of Cards stole it (but that's just me) and used it to create a more dramatic effect.

Okay I can't really say that House of Cards stole the soliloquy from House of Lies as its something that has existed for quite a while. The fact that both characters are manipulative and borderline sociopathic is merely a coincidence.

This is a fantastic acting duo that work amazingly well together. Both of these talents help to make this show somthing I love to watch.

The sign of a good show in my opinion is in its ability to surprise you. If a show can do that consistently then it immediately goes up in my estimations. This show does that. You'll have to watch to see how.

I will say that the show has consistently shown that it is unafraid to take a controversial subject and tackle it head on, be it a race, gender or sexual orientation. This has meant that for a show that some have classed as a comedy has had some extremely heavy and serious scenes involved.

Personally I do not treat this as a comedy (palette cleanser) but as a show to pay attention to as some of the stuff that Marty comes out with is so poignant at times I can't help but be inspired. Other times it's pure hiliarity in it's brutatlity so can't be missed.

This show has explored gender from the very beginning and has had the great fortune to have some quality acting talent to do this. Watching the son go through phase after phase is painfully awkward as it's meant to be. But he is not the only one that has questioned gender issues. I'd say at least half the cast has had one or more issue presented to them throughout the show. This has created a show that effectively blurs gender lines and shows an equal interest in both men and women.

What I hate about it.

There are some lulls in the story at times. Which is for me a shame as for the most part it works. But I would be lying if I didn't address this as something I hate. However this is something that every story has, peaks and troughs. If it didn't it would be pretty boring as I got used to laughing, being shocked etc.

I am not a fan of his acting. I believe his story, as humanising as it is for Marty, brings the rest of the show down a bit at times. I will say that thankfully in the third season he is starting to grow on me again.

Why you need to watch it

This show is fantastic to watch especially if you are a fan of shows like Entourage, Californication, Weeds or The League.

The mix of dark comedy, drama and gender fluidity creates an interesting show that will end up touching you in some way or another.

This won't be to everyones taste but if you want to see something slightly different from the norm I would give this a shot. If you are looking for an accurate depiction of a management consultant I would probably go get a documentary. This is more of a living, breathing caricature or a cynical guide to the unpleasant world of management consultancy.

That's all I've got to say on the show without putting big old spoilers in. I hope you've enjoyed the short read.

As always I will end this with a quote that sums up this post.

Wait, that's not right...ah screw it!