For me identity is something I struggle with and I'm in a constant battle with myself to define as that strong sense of belonging to one set tribe has never been there for me.

But that is something I accepted long ago, I stand out from the crowd even when I try to blend in. Forging my own path while taking guidance from those around me and especially those bigger and bolder than me...role models.

That's what the actors, directors, and creators in this ad movement by Netflix are. Role Models.

"We stand up on any stage and every screen," he continued. "A day when black women are boldly the lead character, whether inmates or scholars. We’re not a genre, because there’s no one way to be black. We’re writing while black — nuanced and complex, resilient and strong.

"This is not a moment. This is a movement. We are Strong Black Leads."

This is just an excerpt of the full speech from Caleb McLaughlin (Stranger Things) a young actor who is already a force in the entertainment industry and more importantly a role model to the young black actors looking to make their way into the industry. As the video pans out you see those around him who have risen with him or come before him, helping to forge the path he now walks on ahead of those who will come behind him.

This and the many other movements are all part of a push to make representation of everyone more balanced and equal. The Strong Black Lead marketing highlights how Netflix and entertainment HollyWood has moved forward to ensure there is better representation of the kaleidoscope that is the black experience on their platforms but also to state that it is far from over. 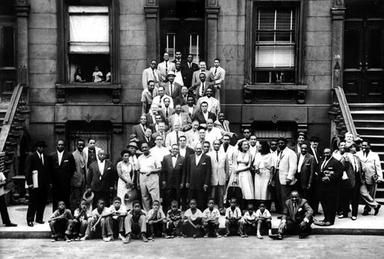 The ad piece (Directed by Lacey Duke) "A great day in Hollywood" is an homage to Art Kane's infamous 1958 Esquire photograph, "A Great Day in Harlem," which featured 57 jazz legends sitting on the steps of a brownstone in Harlem, New York, including Thelonious Monk, Count Basie, and Charles Mingus. 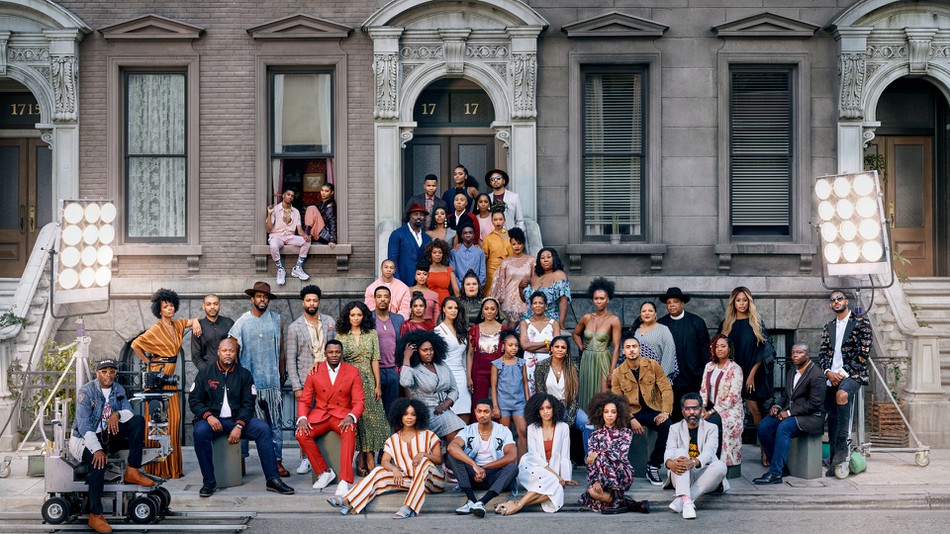 Even as Netflix was marred by a PR disaster that could have scuppered the awe-inspiring job Lacey did pulling this together the ad still went ahead as it was too great to stop, too much work had gone into it, it was too big of a movement...so much so I've had the video practically on repeat all day. The monologue references some of the standout shows including Luke Cage, Dear White People and OITNB while at the same time visually showing a whole range of Netflix's talented black leads. Mashable kindly pulled together a list of them all and honestly it's a blink and you'll miss it of who's there.

Luckily the campaign isn't just the one picture or video. Their twitter account is always posting inspiring content to get me through the day. As is their instagram, they are also where you can find more about the Strong Black Lead campaign which is rightfully committed to celebrating strong black content.

We all know representation matters. Or if people didn't they do now.

This is not a moment. This is a movement.