Set in the 1930's London the drama at it's heart is a story where the protagonist - young Robert Jekyll - seeks to find his real identity, his real family and nature of his "curse" which transforms him into his alternate form Hyde.

In the lead role as Robert Jekyll is the dashing Tom Bateman who settles into both his role as the sensitive Jekyll and superhuman Hyde with ease. Richard E Grant plays Bulstrode the head of MI0 or "The Invisible Men" a secret government department. Finally there is Natalie Gumede who plays Bella part of a love triangle with Robert.

A time of Hollywood glamour, aerodynamic cars and monster movies, the drama will pay homage to the Stevenson novel, and focus on the young, attractive, troubled hero, Robert Jekyll, who is interestingly the grandson of the original doctor.

This is all part of Charlie Higson's vision for how this adaptation of one of the most filmed characters of all time - after Holmes and Dracula.

When ITV studios asked if Charlie Higson had any ideas for a slot they wanted to develop he said in passing...

This set into motion the chain of events that's lead to the creation of this frankly beautiful show.

Higson has realised the essence of the tale which is the universal story of the monster in us all which we still find relevant today. But more than that he realised something else which I truly love which is that the story is in many ways a prototype superhero story.

With this in mind Higson settled on the idea of Jekyll and Hyde being a superhero story that could easily sit with the likes of contemporary heroes. He decided that Hyde would have enhanced powers of strength, speed & invulnerability (well almost) and that he would be able to hold his own against similar monsters.

With regards to the setting this superhero story would take place Higson had 3 choices, Victorian era (like Guy Ritchie's Sherlock Holmes), contemporary and cool (like Steven Moffat's Sherlock Holmes) or something in between. Personally I think Hinson's bold choice of the 30's is the right one.

It was an era of modernism and streamlining and swing. In a nutshell - the 30s were cool.

More than that however it was the era of the first cycle of Hollywood monster movies with Frankenstein, Dracula and co. Unsurprisingly Higson wanted to do versions of these monsters... 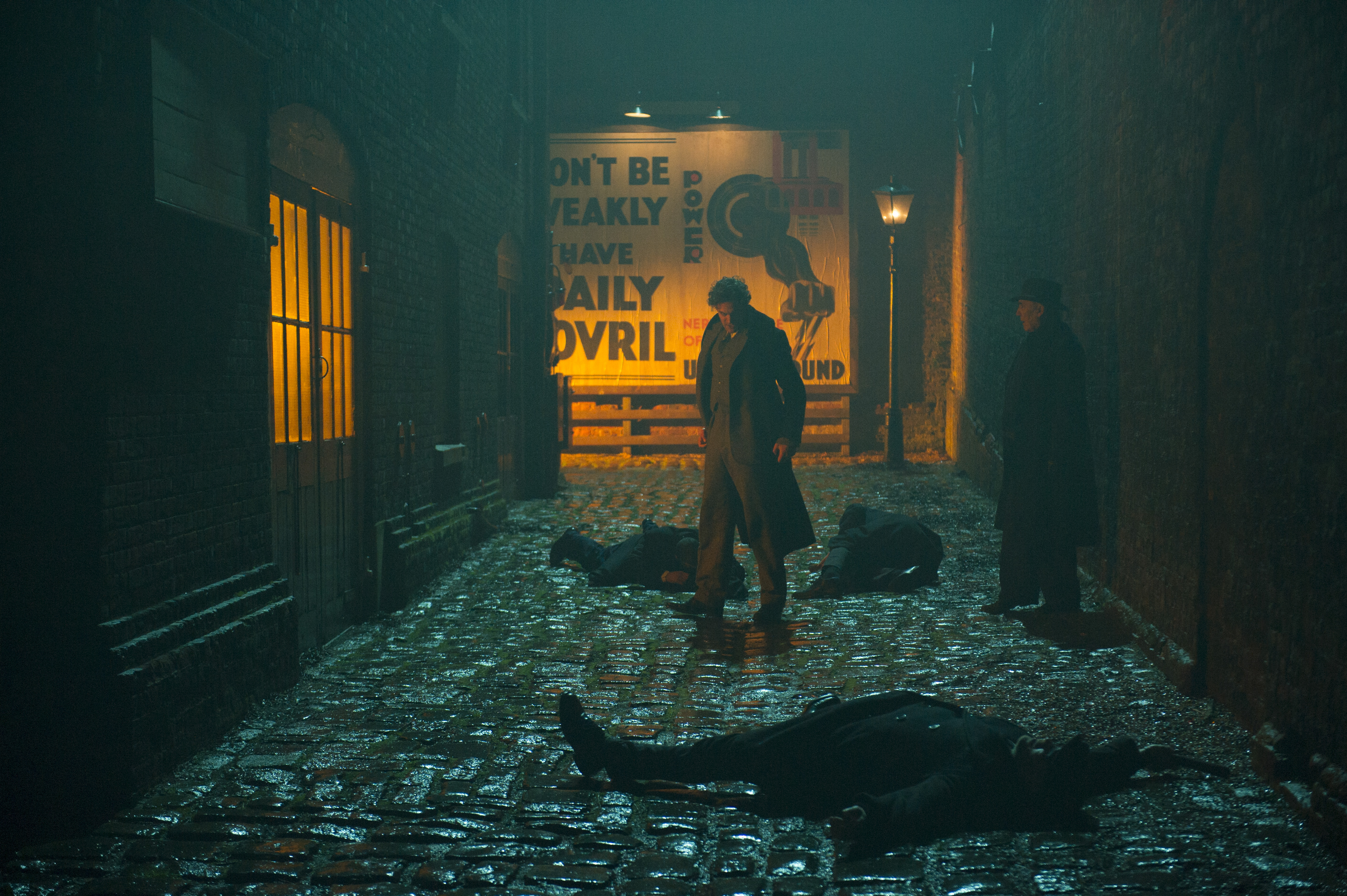 What the hell, if I was asking the audience to accept one monster - in the central role - why not give them a whole world of monsters?

Overall the story is inspired by the original book "The Strange Case of Dr Jekyll and Mr Hyde" by Robert Louis Stevenson. However, Higson has taken that concept and written a drama which exudes mystery, fantasy, horror and sci-fi. The way he's done this is to make it a story of what if's. What if Dr Jekyll's ability to transform into Hyde that he unlocked with a potion was a genetic anomaly that could be passed on? What if he had an illegitimate child as Hyde? What if that son inherited Hyde's shape shifting ability and what if he then had another son and called him Robert?

It's genius and reminiscent of Marvel's own What If series of comics.

The transformation of Jekyll into Hyde and other scenes within the series rely on CGI which plays a huge part in the sequences when the darker side of our hero (or rather anti-hero) emerges and demonstrates extraordinary strength and agility. 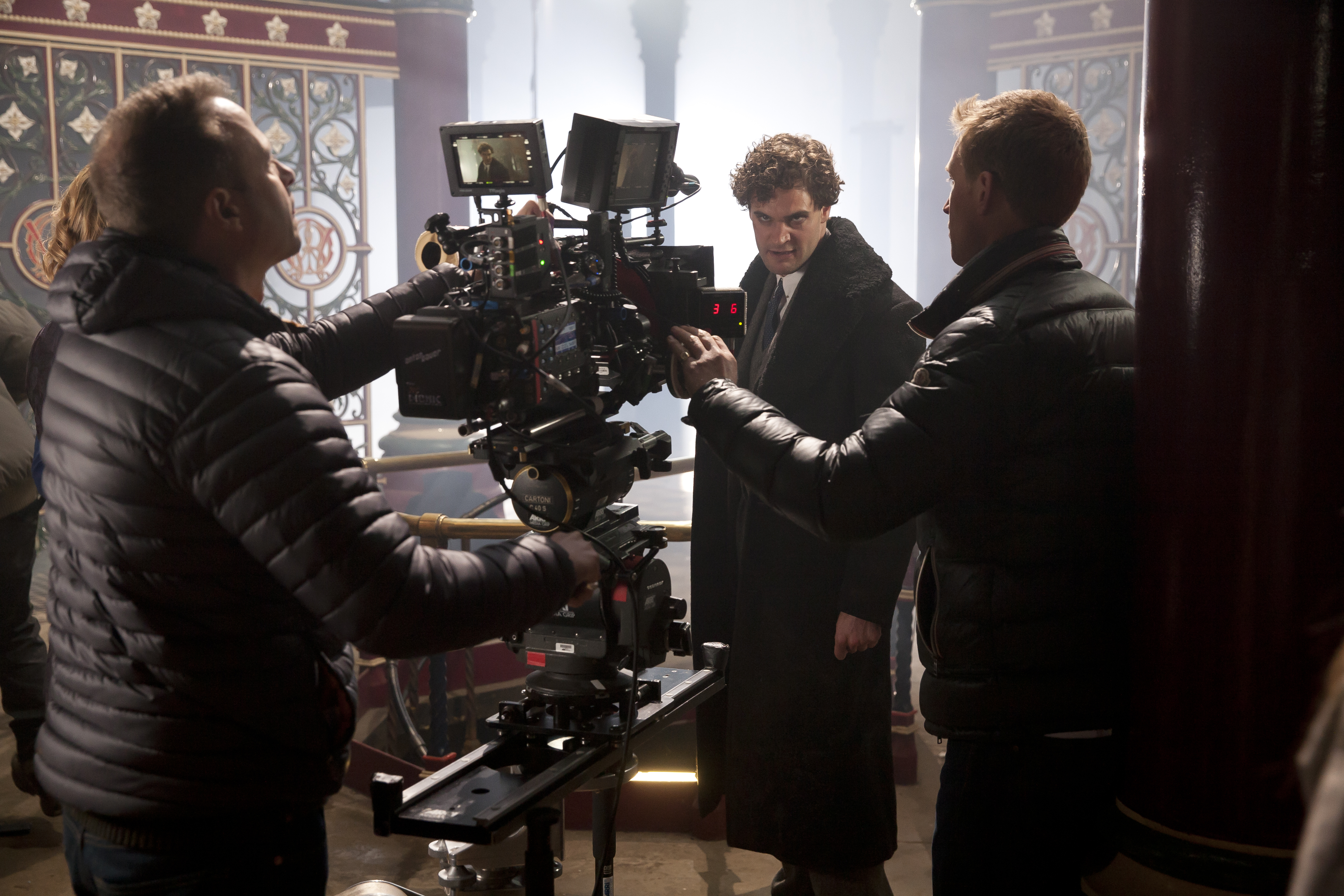 Not only does it feature with Hyde and his superhuman feats. It also features elsewhere in the show, unsurprisingly it will be seen used with the spooky creatures, ghouls, zombies, werewolves and vampires the show is certain to have.

I say certain as we've already seen a few in episode one!

I won't spoil too much if you haven't watched the first episode yet but if the above hasn't convinced you to watch the show I'll give you a bit more of a taste. The first episode introduces you to Hyde's grandson who's a young doctor unaware of his origins and who accidentally ends up in a paper when he saves a young girl after revealing his ability which he has hidden for years with pills created by his adoptive father. When he ends up in the paper it pushes him to find out who he is as a lawyer summons him to England. This is one of many events that lead to him ending up injured in an alley in England, two shadowy groups after him and two female interests!

If that still hasn't convinced you check out the trailer below.

Catch the series Sunday's on ITV 6.30pm. You won't regret it.

“Man is not truly one, but truly two”