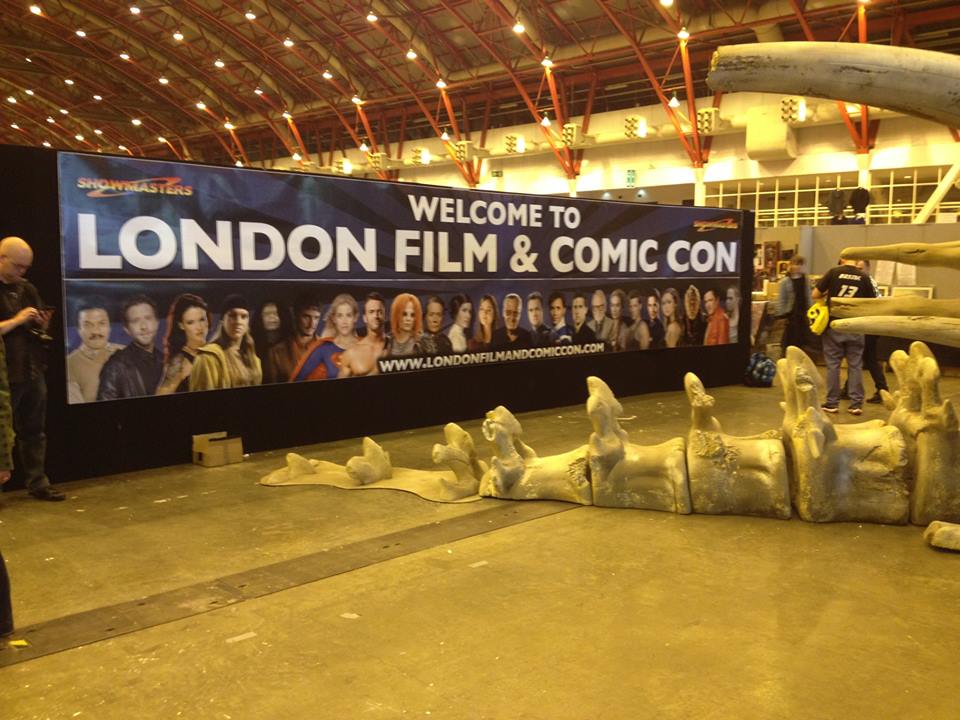 As I said in my previous post one of the main reasons people go to conventions like London Film and Comic Con are the guests that are available for you to meet. They range from cult heroes to old stars to rising ones but one thing can be sure is that there is always someone who wants to meet them, talk to them (if there's time) and maybe even get a picture with/of them.

Everyone I talked to at the convention had someone there that they wanted to see at least once over the weekend whether that was a talk they were putting on, getting something signed or having their photo taken with them.

Obviously everyone wanted to meet Stan Lee but not everyone was lucky enough to with such high demand. In comparison to other guests he saw a ridiculous amount of people over 3 days. Literally thousands. However he was not the only guest there and those who were smart made a plan of who they wanted to see in advance of arriving at the convention.

This was my first London Film and Comic Convention but I knew it was going to be big when I saw that Stan Lee was going to be there so I tried to find out as much information as possible from others who had been before.

This started with me joining a Facebook group which is quite active and also looking on the forums for information about the tickets.

Once I had a general amount of information about tickets I suggested to my friend that we get the Silver Comic Pass (gold was sold out) to maximise our chance to see as many guests as possible. We also got hold of tickets for the Audience with Stan Lee and the Game of Thrones talk as it appeared like it would be unlikely we would be able to get tickets for these on the day.

Over the next few months of budgeting I figured out which guests I wanted to get a photo-shoot with and bought them. As you can buy photo-shoot tickets beforehand this will save you tonnes of time in queuing for them on the day. The pre-bought unfortunately/fortunately included Giancarlo Esposito who pulled out quite early due to work commitments but as you know still went to Collectormania where I was able to meet him and have a great/awkward picture with him. 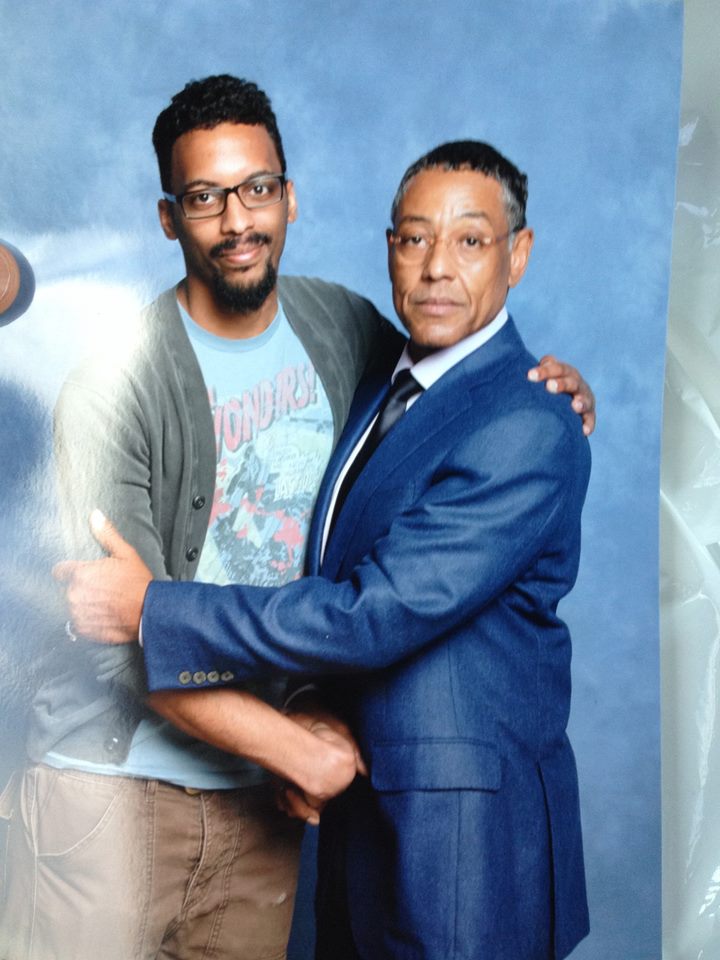 This experience taught me a valuable lesson about thinking beforehand about how to take a picture during these sorts of photo-shoots. You literally have about 10 seconds to get on the X and (depending on if they allow posed shots) pose for the photo.

Collectormania also gave me the opportunity to see how signings went. I noticed queues were orderly but could be long. I knew that LFCC would be on a bigger scale so decided I would focus mainly on photo-shoots and merchandise.

On the night before I made a schedule of where I needed to be for the photo-shoots, talks and free periods where I could queue for autographs or get hold of merchandise. 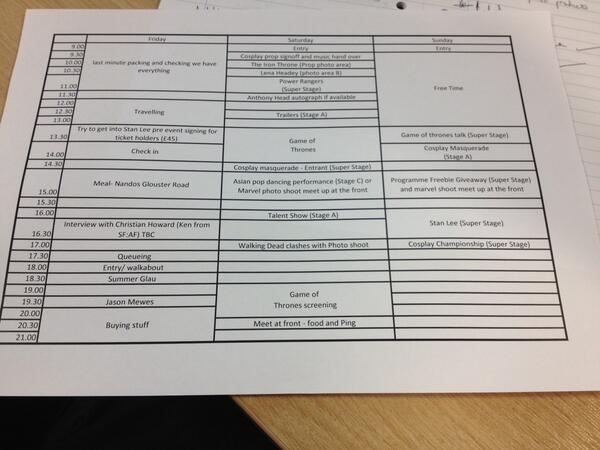 Sod's law meant this schedule fell apart as 2 photo-shoots which I got for the Friday specifically so I wasn't in cosplay were cancelled. However I was able to adjust my schedule with the information provided by Showmasters so I could do the shoots the next day.

Along with planning who you are going to see you need to plan for how much you are willing to spend on them. Each autograph and picture costs unfortunately (unless you meet guests away from their desk/photo area). With this in mind this brings me on to my next bit...who I met.

Jason Mewes was the only one out of the 3 photo-shoots I scheduled that went to plan and happened on Friday. 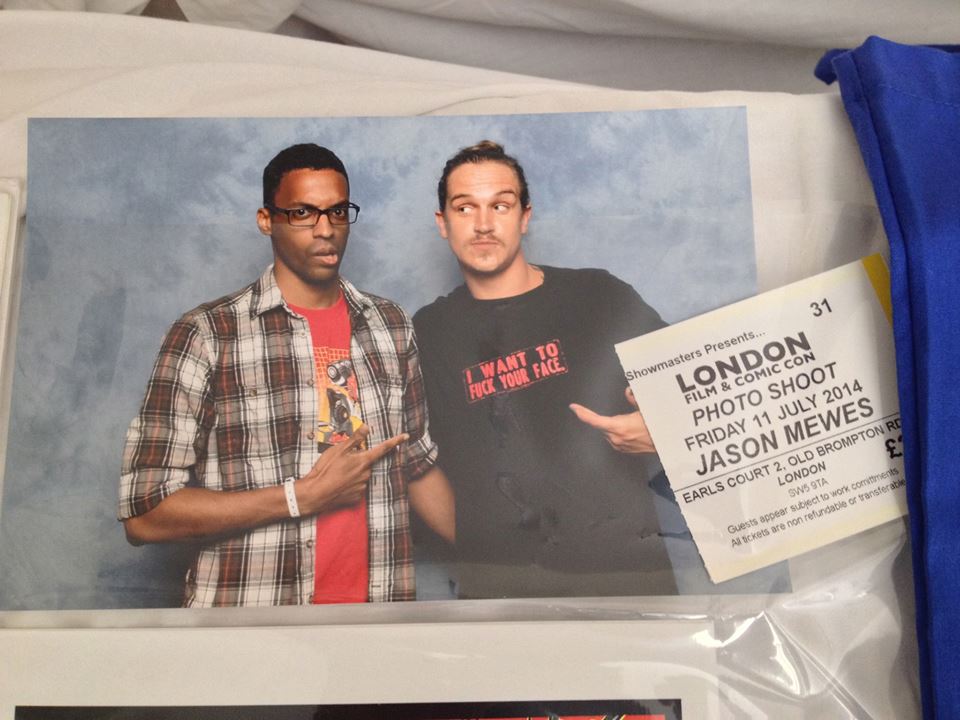 I couldn't believe my luck when I saw his awesome t-shirt and just had to pose like I was weirded out. In hindsight I should have hung around as the queue was quite short so I could probably have had a chat with him afterwards. However it was preview night so I was all over checking out the stalls before the crowds hit over the weekend (and did they ever!).

As Summer and Lena both had to be done on the Saturday I had to rethink how I was going to pose with them. With Summer I had planned on her choking me as if she was the Terminator she played in The Sarah Connor Chronicles. However on the day she was wearing a flowy dress which didn't scream Terminator. So I improvised and got down on one knee with Buttercups head serving as a ring. She was shocked. I also learnt taking a knee in that cosplay was difficult. 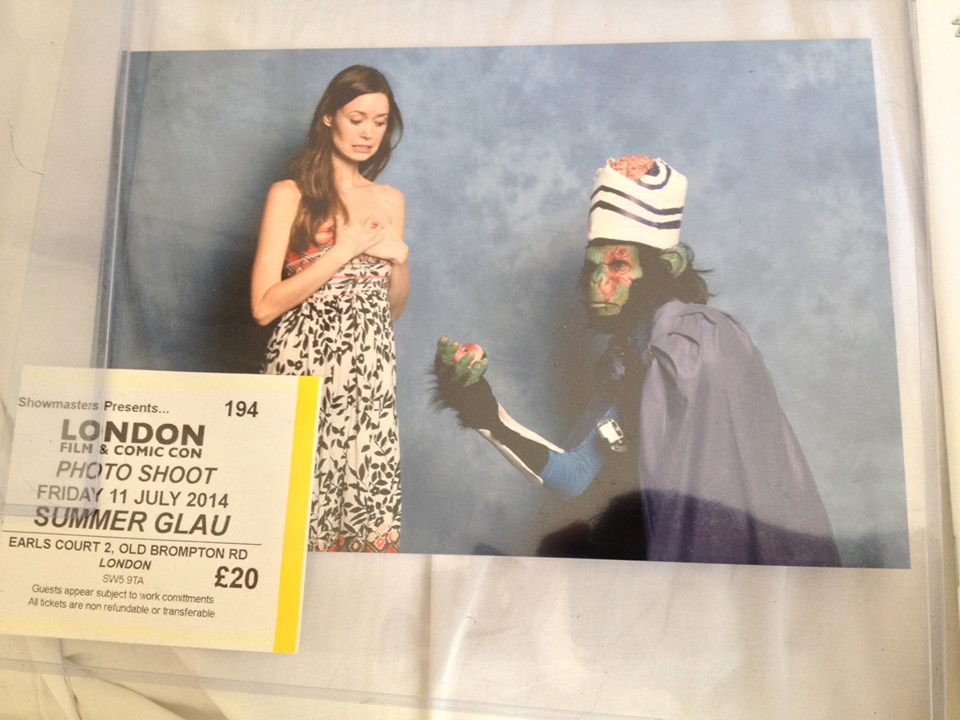 Originally I was just going to have a simple pose with Lena, my Joffrey POP vinyl and well...me. However as I was Mojo Jojo this became a truly amazing shot which I love! It became a Mojo Jojo family portrait of sorts. 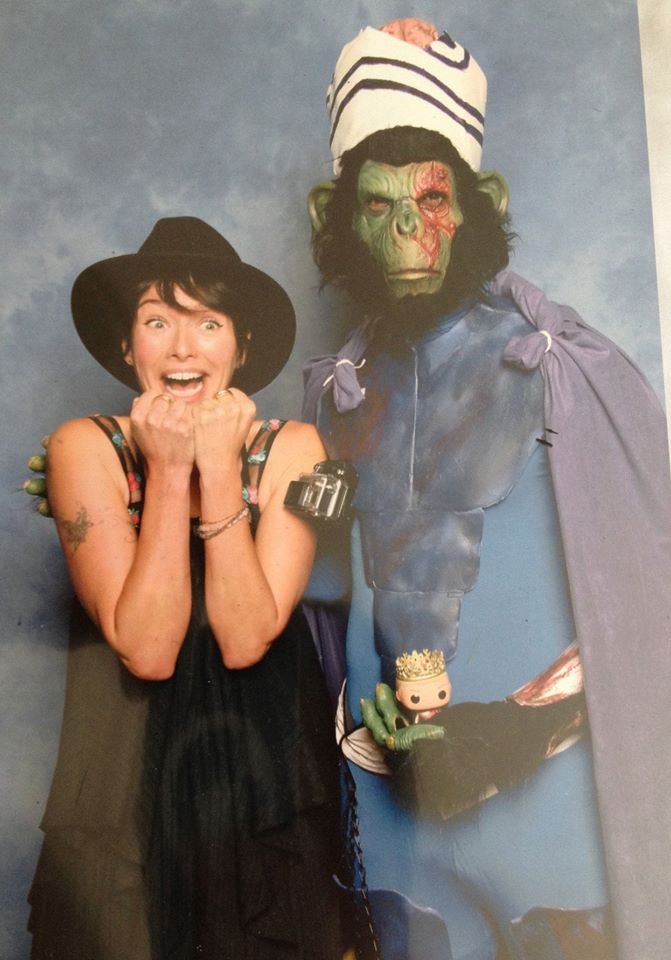 I don't think many people will have as unique a picture as my Mojo Jojo ones.

You know from my previous post how I met Lawrenece and José but I don't think I shared the selfie I got with José. 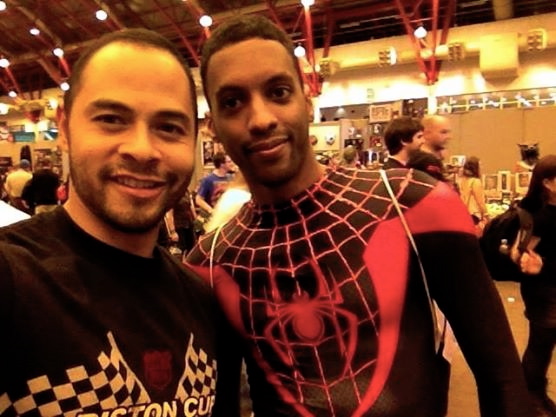 I also managed to snag a selfie with David Hewlett as he was leaving which was very very lucky and very kind of David as people had paid for photo-shoots with him I believe. 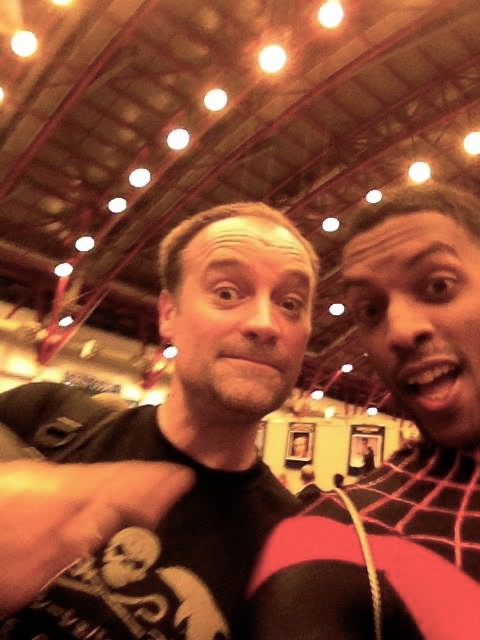 Stan Lee and Anthony Stewart head are the only 2 guests I saw who I didn't have a photo with. Stan Lee because I didn't have a photo-shoot scheduled (mega expensive) and Anthony Stewart Head was a last minute addition that I could only get an autograph from. He understood how hot I was in my Mojo Jojo outfit and was visibly worried about the heat for me (it was about 1 in the afternoon and super crowded).

I also got to meet Stan as you probably know when I got his autograph on the Sunday. As you can see he was just one of the many amazing guests I got to see and they were only some of the spectacular selection of guests available to meet including some from Starship Troopers (who I heard were a laugh), wrestlers, Dr. Who guests and even former Power Rangers!

I'd be impressed if someone saw them all. But if you would like to attempt to at a convention here are a few lessons I took a way from my experience.

Lessons to take from this

I hope you enjoyed that. As always I'll try to sum it up. Even with all the planning in the world you might end up in cosplay and going to a photo-shoot in cosplay. At that moment you'll probably think...

At that moment improvise. You'll be fine. Guests will love it...probably.