This summer's London Film and Comic Convention has just finished and what a convention it was. I don't think I've ever geeked out as much as I did in those 3 days of epicness.

As those who have been reading my blog up until this point you will know that I was really looking forward to going to this ever since I bought my tickets.

It did not disappoint.

The largest event of it's kind in Europe it took on the lofty task of being the final European convention that Stan Lee (yes that Stan Lee) would ever attend. This effectively made it more popular this year than organisers could have predicted. Even with the event spread across 2 halls at London's Earls Court, there were still hundreds (if not thousands) of people who were unable to avoid this jam packed event.

I was lucky enough to attend all 3 days of the event. The Friday being shorter than the rest as a preview night, with Saturday and Sunday being the main days of the convention.

Over the course of the next few weeks I will be writing a series of posts about my experience of the convention and what I thought about it. The main posts will cover:

This will not necessarily be the order that I will choose to write it but I'll be linking all of the posts through this main summary post.

Running of the Event

I had a great time at the event. By no means was it perfect but from my time on this little ball in this vast universe I've learnt one thing "try to make the best of any situation". Yes it was crowded, yes there were long queues everywhere, but this was not the staffs fault.

For many like myself this was their first London Film and Comic Convention and they did not know what to expect. For others this was just one of many that they went to. However this was also the last European convention that Stan Lee would be attending and although the organisers of the event did everything they could do to prepare and predict how big the crowds would be there is no way they could have known how many people would have turned up.

The event site and forum was kept very up to date with all information. Showmasters was very helpful in answering any questions I had on Twitter. I was extremely satisfied with the level of information I was provided.

On Friday the direction from staff for what queue to join was very efficient, and as a Silver pass holder I quickly got access after a short 10 minute wait if that. The event on preview night was spacious with enough room for my friend and I to walk around, chat with dealers, get to the one photo-shoot I had that day and get our bearings for where we would need to go the next day.

Saturday and Sunday the crowds descended and it was crazy. EC2 was overwhelmingly packed with people as was EC1. This was a result of the big stars and the main attraction of this year Stan Lee.

From what I understand approximately 30% of staff were new and this was an unfortunate trial by fire as people hammered them with questions.

I was in cosplay for both Saturday and Sunday, which proved a challenge in the crowds slightly. However in the queues for photoshoots and signings I found they went quite smoothly with little to no problems save for waiting (before I realised I could queue jump with my pass).

The only problem I found with the virtual queuing system is that people did not listen for when they needed to come back and at times staff were not lenient enough if there was a short queue and you had a higher ticket number.

But other than that they did their best to keep people happy and honestly I don't know how some of them managed to hold their cool when some people were down right rude to them. I made sure to thank any and every one of them I had contact with.

My one suggestion for next year would be for queues they know will be long is to have someone at the back of it with a set route and holding a sign post so people know where the back is. This I found to be a problem at the Audience with Stan Lee talk where the queue snaked in on itself.

The organisers of LFCC posted a helpful explanation for those who had complaints about the event (especially those complaining about not seeing Stan) which can be viewed on Facebook or on the forum.

I was planning on taking a screenshot of some of the complaints but that would colour some people in a negative light they don't really deserve as there are some valid points made.

From my vantage point the 3 days were great and I had an awesome experience. Tiring at times but oh so very much worth it. I made some amazing convention friends from a variety of different backgrounds as a result of organising meet-ups beforehand and just generally from talking to people in queues or when out and about. 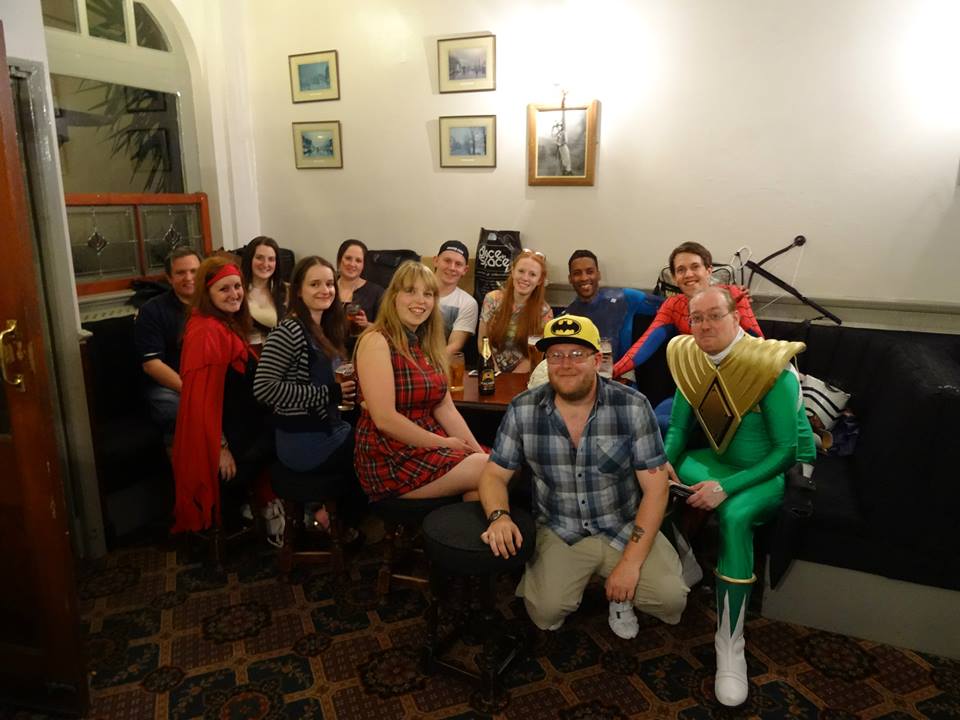 I had a blast meeting guests, doing photo-shoots, cosplaying and generally just being a geek for 3 days.

I spent a lot of money but got some very unique souvinirs that I will protect with my life for years to come.

Basically this was a once in a lifetime experience that I wouldn't change for the world.

I'll go into more detail of what I got up to over the next few posts so keep an eye out for the next post!

As always I'll end with something that sums up what the event was like...