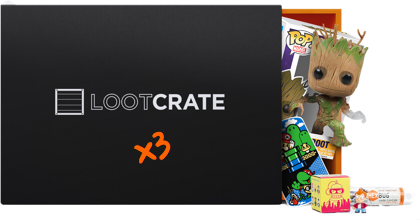 As I'm really behind on my blogs I will be doing 3 reviews in 1 post to save time and so in my catch up I can concentrate on posts to do with TV, Film and more!

The May, June & July crates were stockpiled for the months I was working on my Hulkbuster and all the loot from them was finally released in one big go last week when I had the time (and space) to do so.

It was so worth the wait.

As you can see from the short clip I put together when unboxing it, there was a lot of stuff there. Literally I couldn't believe it and I've started to realise I'm running out of room to put all this stuff so I may have to start selling stuff or doing giveaways.

Or I could maybe clean my room a bit...

Technically unrelated themes but because I unboxed all 3 at the same time I could easily mix up what piece of loot fit with each boxes theme as all source material always has aspects of certain themes. Luckily each crate comes with it's own magazine which includes a list of the loot that should be in a crate (useful and informative for things you don't know about).

Unite and Heroes 2 magazines definitely caught my eye the most out of the 3. Heroes 2 with their bold choice of central character on the cover being Wonder Woman and Unite because of the semi-propaganda like posters on both the front & back of the magazine.

Inside the magazines themselves however the winner has to be the Cyber crate with the level of interviews that it had in it. One from an all time favourite actor in Zachary Levi who features in the doomed to failupcoming Heroes Reborn and the star of the much beloved Chuck. Loot Crate interviewed him about Nerd HQ an annual event that happens during San Diego Comic Con. The other interview was with the creator of one of the best shows on TV right now...Mr Robot. If you haven't watched it yet...you need to.

The crates themselves weren't amazing but I will be using them in a stop motion project that I will hopefully get around to soon.

As always there are standout favourites from the crates and as you saw earlier there's quite a few pieces of loot to choose from so I'll just let you know my top pics from each crate.

The Unite crate honestly wasn't the one for me and it's loot was a little lacking but it did have one stand out piece in the form of an amazing Marvel Superheroes Ice Cube tray.

So from now on I can make ice in the form of my favourite heroes heads. This bodes well for halloween where I might make something quite ridiculous if I've finished my costume by that point.

This crate was much better for Loot and had two standout favourites with the Terminator Genisys head and the Prime t-shirt. These need no explanation for why they're cool.

But the Heroes 2 crate took the crown with their Batman merch in the form of a Batman multi-tool keychain and a Batman Q-Pop figure based on the 60's TV show!

If that wasn't enough there was even a book on The League of Regrettable Superheroes! Serious gold star right there.

But my loot didn't end with those 3 crates as I decided to subscribe to Lvl up+.

Basically one of the best things I like about Loot Crate is the cool wearables I get, mainly the T-shirts so when I saw this as an option I jumped at the chance. I don't think I was alone. They give the option of 2 x socks, accessories or a wearable. I chose the wearable

This shows that Loot Crate understands their customers and what it is they offer; mystery & cool geeky stuff.

July was the first month of LVL Up+ and so continued on with the Heroes 2 theme with a cracking t-shirt which is definitely going to be worn a lot this year. 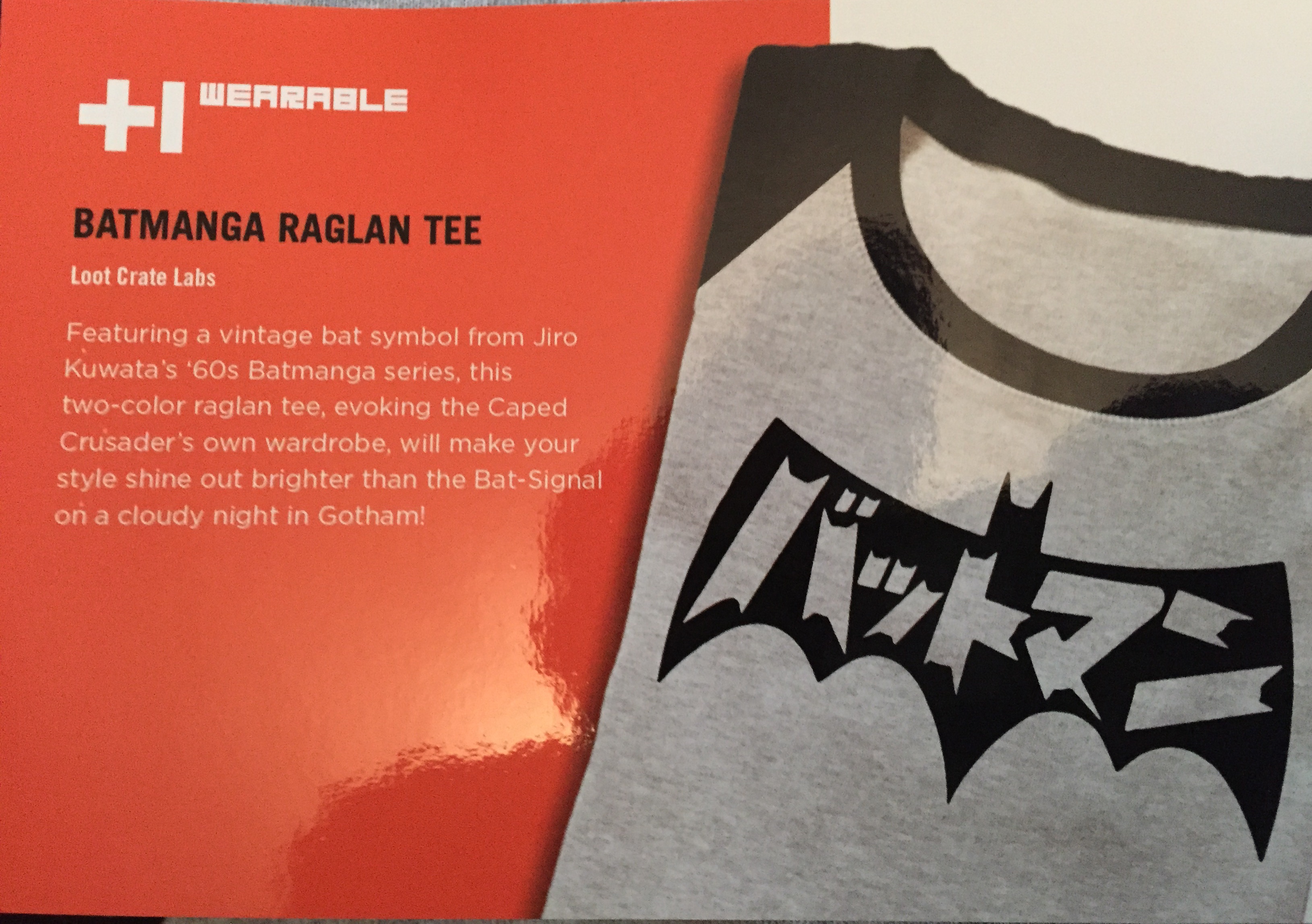 My one gripe with LVL Up+ and Loot Crate in general is the time it takes for international orders to get to me, I know this is largely down to the postal system but it kills me every time and will more with LVL UP+ as it's shipped separately from the crate. Hopefully this one downside improves as time goes on.

With that this review is over. The best of the 3 has to be July but they all had something great. Nothing is making me want to stop being a subscriber yet which is awesome. Well nothing but the minor hit my bank balance takes...

People should send me free stuff.