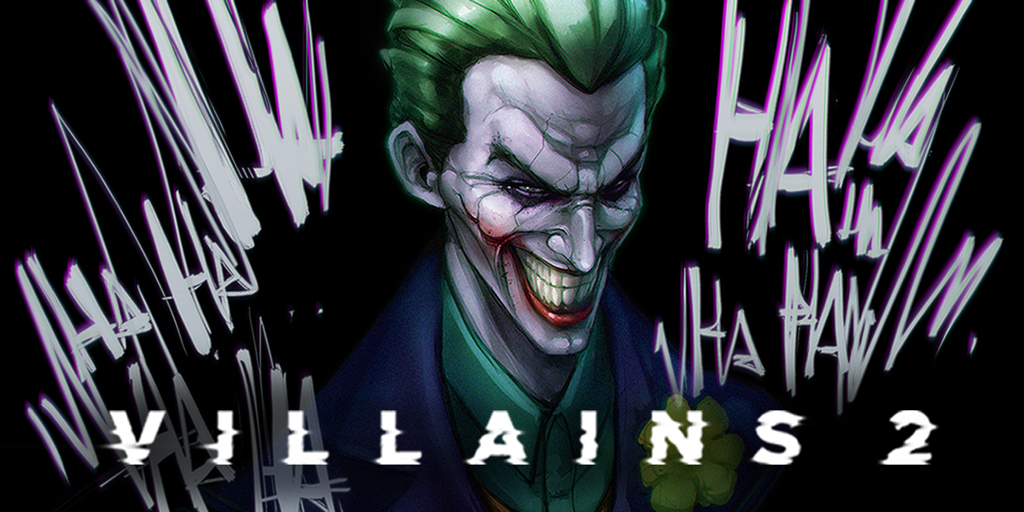 Loot Crates latest theme follows on from the Heroes theme of last month to a personal favourite of mine...Villains. Both were done before last year and were great and this years is no different. Everyone loves a villain...

Last year the Villains crate was as said a personal favourite of mine, in fact bits of it still adorn my room because of how awesome it was.

It was also one of my only forays into vlogging. I won't go into how that went but I learnt a lot and look back on it and think...wow I could do so much better. As tempted as I am to re-approach villains 2 with a return to vlogging I'll stick to my blog.

This year's crate design is an upgrade from last years child like squiggles to a more graffiti like art style that incorporated a piece of the loot in the art work. Namely the Joker wooden figure that was part of this months loot.

In the crates artwork the Joker himself works on the figure which is a robot in the scene.

This months magazine I did not find as interesting as previous editions however the cover showing one of the most notorious villains of the DC world make it one of the best Loot Crate magazine covers they've done. 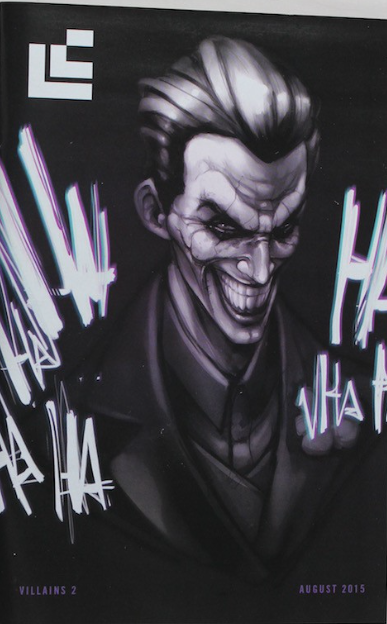 However from there the magazine goes a bit down hill which is unfortunate.

The loot this month however was nothing to turn your nose up at with exclusives from both DC and Marvel worlds. 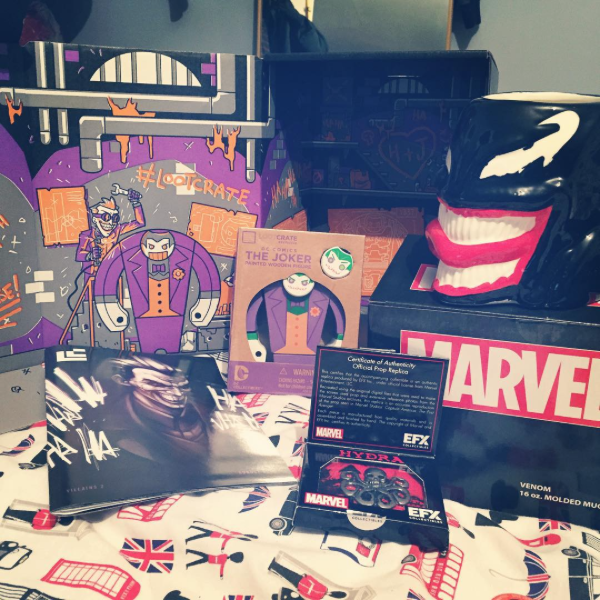 An exclusive Venom moulded mug and the previously mentioned Joker figure make up the two things that you immediately come across within the crate. The next thing which you can see front and centre in the above picture is a Hydra pin based off that worn in Captain America.

However the standout piece of Loot is an item from one of the most iconic villains that overshadowed an anti-hero from one of my favourite television shows ever and quite possibly the greatest show ever. I'm of course talking about Gustavo Fring played by Giancarlo Esposito in the epic show that is Breaking Bad. Next to the character of Walter White, Fring was an equal villain so I found it quite fitting that the Loot Crate team put this piece of Loot into their Villains 2 crate.

Yes they included an apron from Fring's infamous Los Pollos Hermanos restaurant which doubled as both a place for getting fried chicken and a money laundering business for a drug trafficker.

So yet again Loot Crate have impressed me with their crate and leave me curious as to what the LVL UP will be for this month that will top the apron but I can't wait to find out...