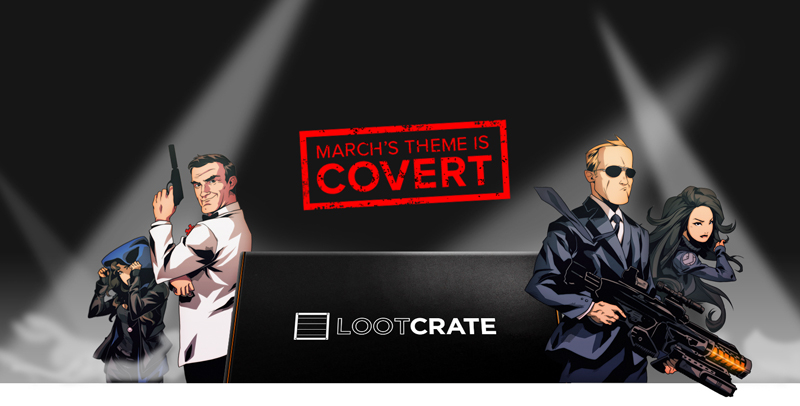 It's safe to say we as a society are obsessed with the hidden world that we don't see or the world that we imagine lies beneath our world. So it's fitting that this month's theme was Covert as the epitome of that hidden world is the world of spies. The team at Loot Crate put together a crate full of gadgets and kit every starter spy should have and a little more.

This month's crate followed the new style of DIY that Loot Crate has become known for and paired it with a spy game to find out information.
The crate was made to look like a laptop and an email was sent to Looters to crack. I sadly did not have time to try and crack the game and having looked on Yahoo (yeah I used Yahoo...Answers) to see if others had cracked it I found that some got stuck with the difficulty of the game. This did intrigue me if I'm honest but again I didn't have the time. However it just goes to show the level of detail that the team at Loot Crate put into their crates.

As always the magazine welcomed looters with a creative bit of copy tying together the theme and articles that bring the new light to the subject of the months Loot Crate theme.

The articles in this month's magazine looked at 3 of the most prolific spies from our screens. First the obvious 007 whom all spies aspire to be, next Autin Powers, the joke of the spy world who was one of many funny spies who made it less of a serious affair and more accessible by all. Finally they looked at the spy who all spies train to be; Snake, the lead character in the Metal Gear Solid game series.

All iconic characters and all looked at in a slightly different way.

The magazine also gave a summary of all the spy gear that was crammed into the crate itself. 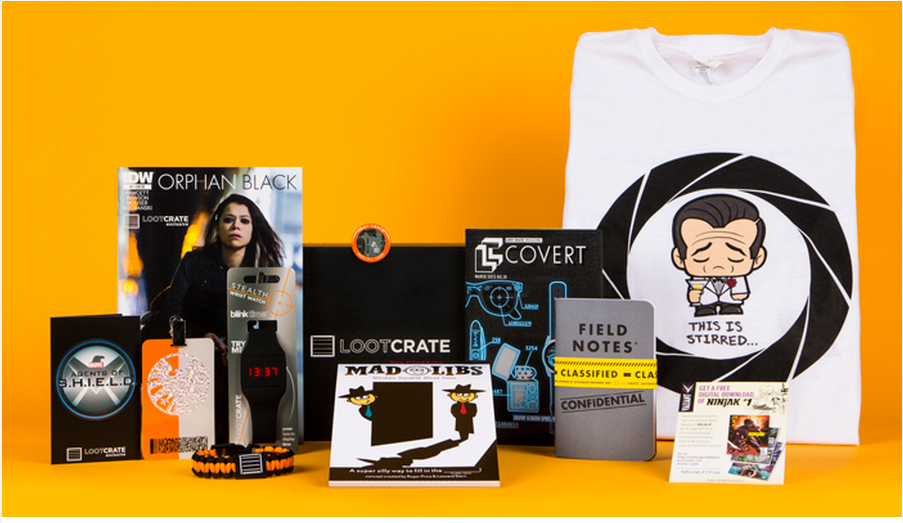 The crate was as I've come to expect; full of loot that easily covered the minimal cost of it. The awesome t-shirt alone was enough to make it worth it this month however other than that Looters such as myself got lots more including mad libs, field note books and an orphan black comic!

However other than those pieces of loot my favourites have to include; the exclusive Field Agent Blink Time Wrist Watch from 50 Fifty Gifts that has a disappearing face, just what every spy needs. Not normally a fan of watches I quite like this idea although it was highly annoying to set the time on.

There was also the super useful and versatile Loot Crate exclusive Paracord Survival Bracelet. This military-grade parachute cord can be unwrapped in an emergency and used for a multitude of things that can possibly save a life or get you out of a crazy situation. Just what everyone needs, spy and civilian alike! I'll definitely be taking it on holiday with me just in case I get into trouble which if you know me is a high probability.

Overall this was a really great crate, solid 7/10.