Over the summer as you probably know if you've been reading my blog, I took the opportunity to go to LFCC and it was epic. So when I saw that MCM Birmingham Comic Con was happening in November I thought I would try and apply for a press pass so I could afford it as I was already running a little low on funds post LFCC. As luck would have it I was awarded with one which I can probably thank being dedicated to posting this past year. 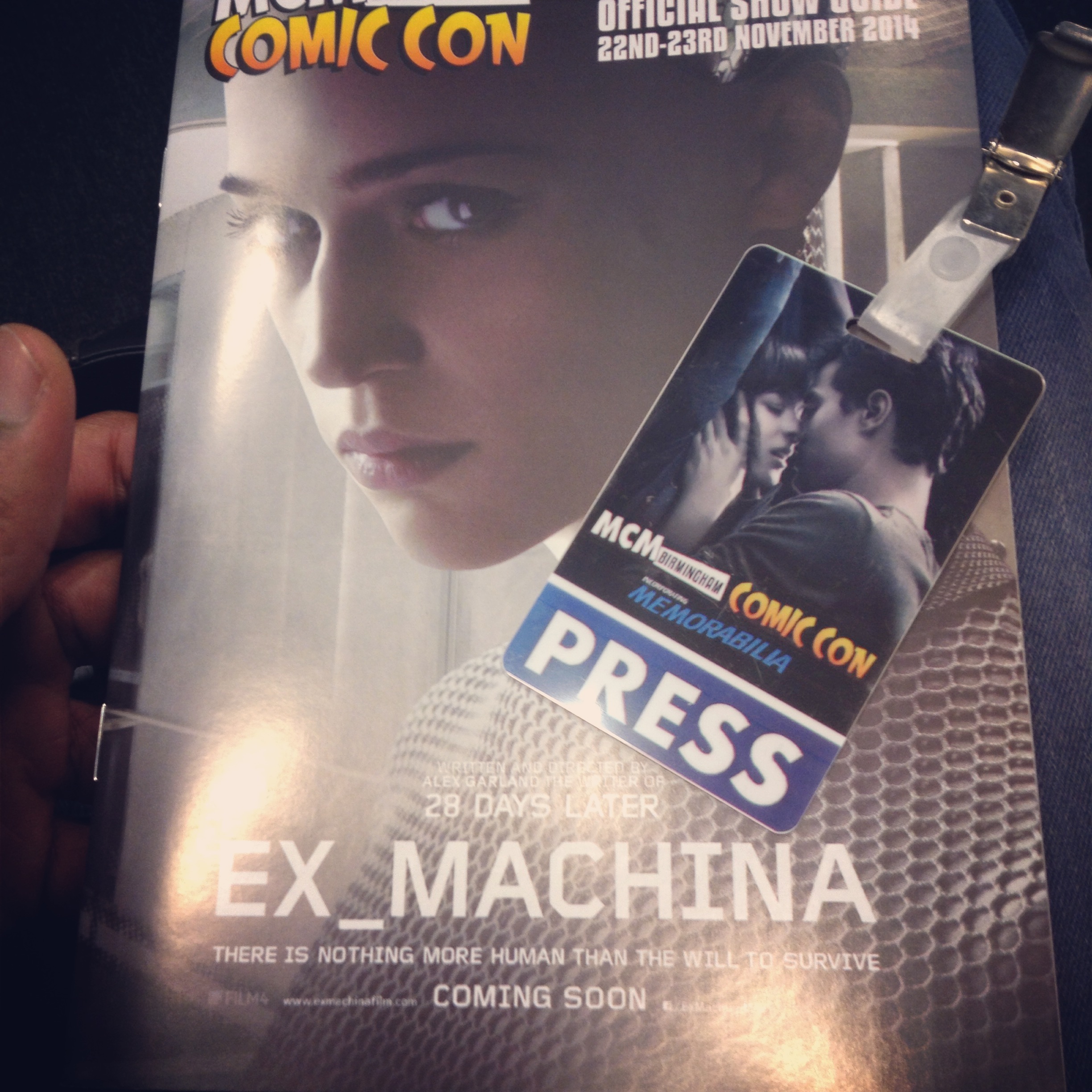 So over this week I'll be doing 2-3 blog posts on MCM Birmingham and what I saw while I was there this Saturday starting with this one where I will be comparing it to LFCC from this summer.

What is MCM Birmingham Comic Con?

As you can tell from the list above this was the last event of the year by MCM Expo Group and with a generous mix of sci-fi, comics, games, anime, cosplay, guests and collectables it did not disappoint! However I had a distinctly different experience from what I had at LFCC, not a bad experience just different.

The first impression that anyone has of any event usually comes in the form of signage (ignoring any promotional activity before the event) and unfortunately MCM Birmingham which was held in the NEC lacked this slightly until you were at the halls where the event was being held.

Having travelled there by train I expected to go straight into the event from the station with little hassle. In reality with the lack of signage, my seemingly poor sense of direction and the fact that there was another event going on at the same time, myself and other con goers found it a little difficult to initially locate the event.

This I have no doubt isn't down to MCM Expo Group but more the NEC however between the two of them I would have liked to think that someone would have thought to save people having to ask how to get to the event.

This is a problem that I found with LFCC a bit too so maybe it's just an oversight by both events where they very rightly expect that those who are going to the events will follow the strangest looking cosplayer to the event as they usually know where they're going. Right?

From what I could tell the atmosphere and the crowds of both events were very similar which is both a good thing and a bad thing. Being objective with this is very hard as the atmosphere will very much depend on where you go to while you are at the event and what you experience. Unless you are an observer watching on a camera you can't really judge it fairly. However from my view point those that went to the event loved it and were mostly like kids in a candy shop. But crowds caused by bottle necks in certain areas of the event as with LFCC caused more than a little nerd rageanger to rare it's ugly head with some people.

Overall though in comparison to LFCC I think that although similar MCM Birmingham had a much better situation with regards to the crowds than LFCC which was ridiculous. Birmingham's main crowd issue came in the form of the talks...

Held in the MCM Theatre (which was effectively a white giant bubble) the talks were completely free and open to all who could get in and get a seat. This was great and I got to see a lot of the guests, ask questions and listen to other people's questions to them without having to pay for it. This was like a cherry on top of my press pass which got me free entry!

I attended two talks one by Colin Ford who plays Joe McAllister in Under the Dome and one by RJ Mitte who plays Walt Jr in Breaking Bad. Both were pretty interesting to attend however I paid more attention to the Breaking Bad talk and had a few questions prepared for it. Luckily the crowd saved me the horror of public speaking and having to ask all but one of my questions to RJ Mitte.

Highlights of his talk include:

The downside of the talks were that they were in a giant bubble. It was like a sauna...and honestly more than a little dangerous when people started crowding the entrances making it difficult for anyone to leave or enter.

A few other downsides of the talks was that the stage and theatre were too small which limited what could be done on them and how many could view the talks hence the crowding. Also there weren't enough talks which was in my opinion due to their only being one stage. In comparison LFCC had multiple stages and numerous talks. This highlights that although the conventions attract very similar crowds, MCM is clearly geared more towards those who came more for merchandise and the experience than those who want to meet guests.

This brings me on to my next point...

This being the third convention I've been to this year (it's starting become a "thing" for me) I've found that there are usually a lot of the same vendors that go to them which is kind of cool as they might recognise you from before.

However based on the previous conventions I've been to I found the comic village set out a bit haphazardly in comparison to LFCC.

As with all the conventions I've been to however the merchandise stands caused more than a little crowding because of how awesome the products on offer were but also because there were a lot of new people (like me) visiting the convention for the first time so they were trying to see everything.

Taking this all into account I'd say MCM Birmingham is almost as good as LFCC but not quite. This might be because it was the winter (is it winter yet?) and not the spring/summer so I will probably have to visit it again in March or better yet the London one in May to get a better feel of the event, probably not as press though so I can dress up too.

I would definitely be up to going to this event again in the future but if I had a gun to my head and had to choose between LFCC and MCM I'd choose LFCC. There's just more...

Both events however suffer with a lot of the same things which is unfortunate but hopefully they will both fix it in their next events.

Check out my pics of the event on my Facebook page.

What I'll remember most from this event is the feeling of getting a press pass. Something that will probably never ever happen again after this post...

I'll always have that feeling though!

This post will be a list of the top 5 cosplays from MCM Birmingham. I meant to do this earlier in the week but work got in the way, then the plan was to do it Saturday...however I didn't plan for a hangover,