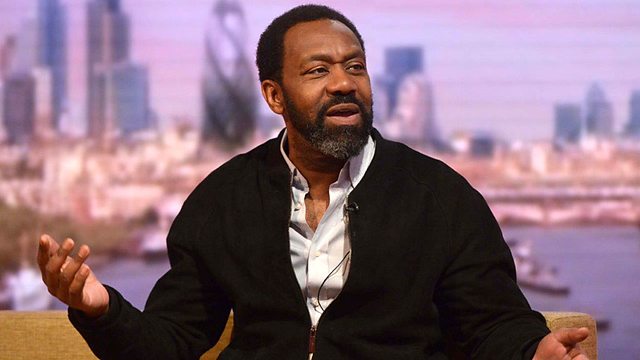 In this post I'm going to try and bring a little attention to two issues that centre around a change that needs to be made in the media. I'm probably going to have to follow up on this as I'm trying to get this written up in time for #bloghour but also because what I'm going to talk about are events that still have yet to come to pass.

Both have to do with BAME and the media. The first one that I am going to talk about is a Kickstarter campaign from a group that I started to follow on twitter and facebook. The second is a call to action and debate that has been risen by a man who has been in show business since 1975; Lenny Henry OBE.

I really hope I can do both of these causes justice with this post but we shall see.

If you've just watched the video you will know what Media Diversified are and what they are trying to accomplish with their Kickstarter campaign and more importantly with their website and social channels.

I found out about Media Diversified from a friend on Facebook and was surprised firstly by the fact that I never heard about it and secondly that the statistics for journalists was so skewed.

With 3,000 pounds we can pay web developers to move to a new server, re-design our website and secure twelve months of web hosting. We would also be able to pay the first half of costs towards building the web directory.

Additionally we can pay/expand the staff team which would afford us the time and resources with which to continue challenging the status quo through cultivating and promoting our content.

With 3,500 pounds We can host writing workshops and media training for our writers so that they are able to make TV and radio appearances, amplifying the marginalized perspectives of people of colour.

With more than 5,000 We would be able to produce even more compelling and engaging content for the re-developed site. We’d be able to complete the online interactive directory, take it live and promote to media outlets. This amount would also allow us to collaborate with similar organisations, in the fight for greater diversity in the media the louder the voice, the greater the impact.

With more than 6,000 pounds A donation of this magnitude would help us to secure a long-term strategic plan with a wider remit. We could complement our digital networks by working with our experts in the fields of education, journalism and the arts to develop initiatives to support writers of colour across disciplinary fields and at different stages of their development.

So as you can see they have a clear plan of what they want to do with the money raised and have already raised half of the £5000 needed. However they need just over £2000 more. I myself have already pledged £100 which is probably the most I've pledged on a Kickstarter before which goes to show how much I believe in these guys and what they are trying to accomplish.

I hope that you will check out the campaign and hopefully like me...donate.

Here's the link again if you missed it: http://kck.st/1o8nul5

This connects quite nicely or rather not so nicely to the Media Diversified as Lenny Henry recently called for new legislation to reverse the appalling percentage of black and Asian people in the creative industries.

There have been two main articles written by The Guardian newspaper about what Lenny has suggested which were quite useful while I have been writing this post up but do not have adequate time to draw from so the links are below.

One of the key points he raised which I fully agree with is that 5.4% of the broadcasting workforce being BAME (black, Asian and minority ethnic) is appalling. This along with the fact that in high end US and UK dramas you rarely see a black face. I personally pretty much cheer when I see one (unless the acting is subpar).

His proposed plan is simple:

Now the reason I bring up Lenny's plan is that I luckily noticed that there was going to be an interview and debate on the issue of diversity Thursday 17th April 7:30pm on twitter using the hashtags: #henrydebate and #thehenrypaper

I have seen there is going to be a live stream of it also but I believe that may only be for members of TV Collective. I'm still waiting to hear back about that.

So I will hopefully be joining in and watching the debate/interview at 7:30pm on Thursday. Hopefully those of you who have read this will be interested enough to do so too!

Update
Below is the entire debate for those who missed "In conversation with Lenny Henry" if you (like me) wanted to watch. (There was a delay in it starting so skip to approximately 8 minutes in.)

That's about all I have time for. I hope that you forgive me for approaching the slightly sensitive topic of race and diversity in the media.

As always I will end this with something TV/film related that sums it up.

For those of you who have been living under a rock, the ever popular comic book masked menace superhero Spiderman swung back onto our screens recently and I just had to go see the film in 3D. I'm glad I did because it was

Taking the lead from my previous post on Beers & Ideas I've decided to write about HBO's new tech based satire which pokes fun at Silicon Valley. As it's Tuesday and I want to put something new out for bloghour I'm giving myself an