I've decided to do a set of interconnecting blog posts over a number of weeks focused on mini-series past and present that I think people should watch if given the chance.

They are highly under publicised and fly under the radar but I usually quite like mini-series when I find out about them.

As it's a Thursday I have decided I will do a throwback Thursday post about a brilliant military focused mini-series from way back in 2008! Also as a bit of a challenge to myself and because they are mini-series I am only dedicating an hour to each post so forgive me if this first one is a little short. 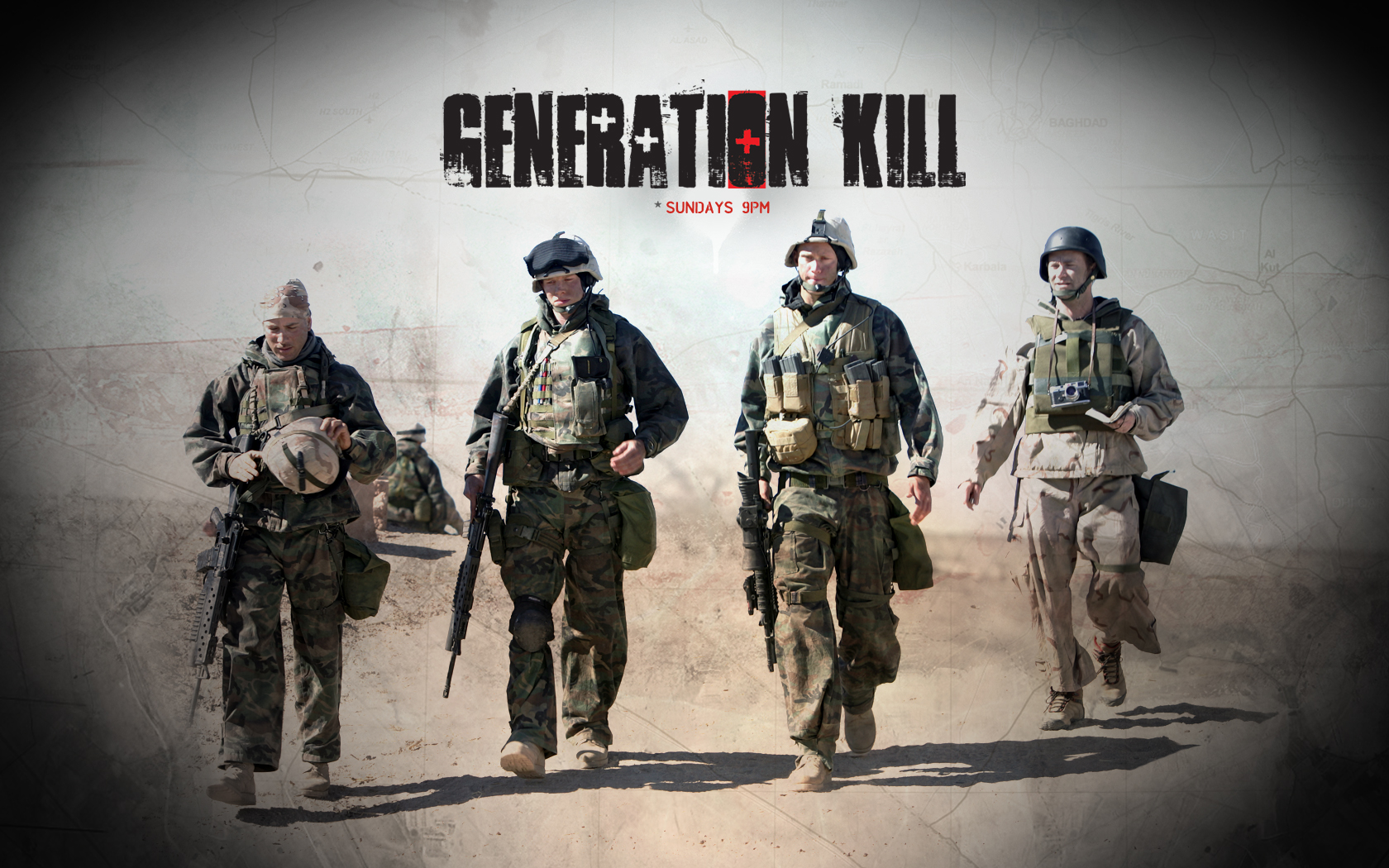 This mini-series is one I famously always forget the name of but cannot recommend enough to people. The story line is as follows:

But the series is so much more. It's less about the experience of the reporter and more about the experience of those marines. Throughout the 7 part series you will notice that the reporter is never ever mentioned by name (reporter, scribe or rolling stone) while pretty much every other character has both name and nickname. This further confirms this idea that the story is about the marines and more importantly their assault on Baghdad.

While not what you are usually used to in a series based around the military, each episode to me feels more real than any other I've ever seen. This is probably down to who helped write it. You might recognise the names David Simon and Ed Burns, co-creators of a little show called The Wire.

The series lead in Alexander Skarsgard as Sgt. Brad 'Iceman' Colbert doesn't hurt however. You might know him better as Eric Northman in True Blood. I did not even realise it was the same guy for a full year. Such a different character. For any girls who love him in True Blood I should probably say now that he is half naked for a number of scenes. Just saying.

To everyone else I just have this one paragraph to fully convince you to watch the series as I've realised I'm running out of time so here goes. Do you ever get the feeling that all the war films/series you've watched so far are a little pumped up with special effects and pretty much no story? Want something more? Give Generation Kill a shot. It's not going to take a huge chunk of your time let's be honest (it's half a day). If you want to see a closer depiction of war take the small chunk of time to watch this series that sometimes even dares to be hysterically dark in it's humour (it's not a comedy). I don't want to ruin it but this is one mini-series you have to watch until the end.

Right so that is unfortunately all the time I have allotted for myself. I hope you enjoyed my first attempt at writing a blog in an hour.

I promise I'll do better next time.

As always I'll end with something TV related. This time it's how I think this experiment went.