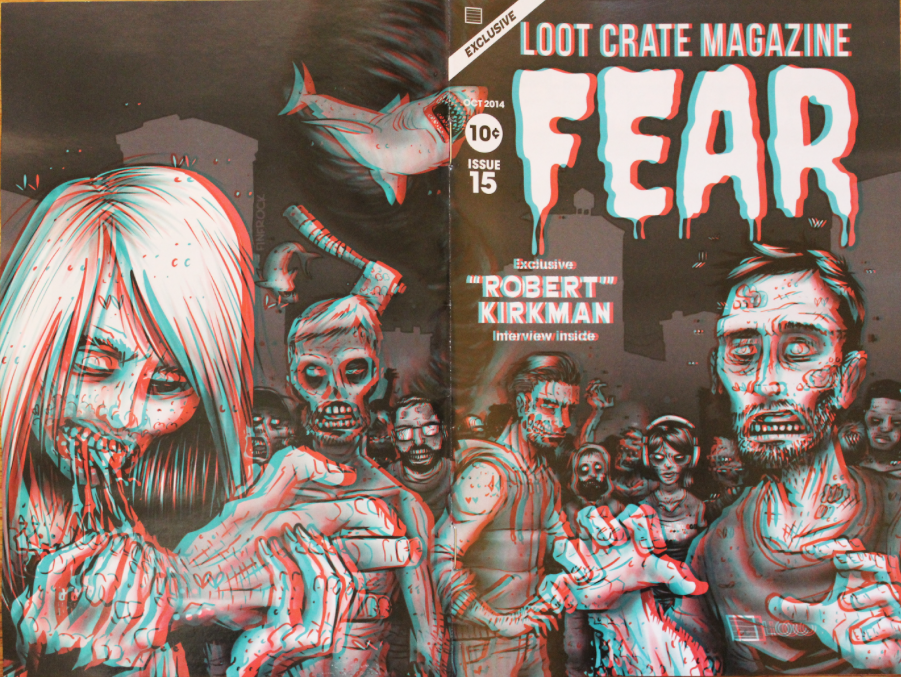 As you've probably realised from some of my previous posts I get a Loot Crate every month. The crate always has a theme and a variety of items are packed into it catering to the geeky masses that subscribe to it. This month's theme was Fear and although it took longer to get to me than usual it was well worth the wait.

To say it was packed full of awesomeness is an understatement. Following from the previous year's theme of survive you can tell they wanted to continue the trend of October being one of their many awesome crates. Although I wasn't subscribed at the time I've found an image from a fellow blogger that adequately shows off what last year had to offer and how this year's matches it if not tops it. 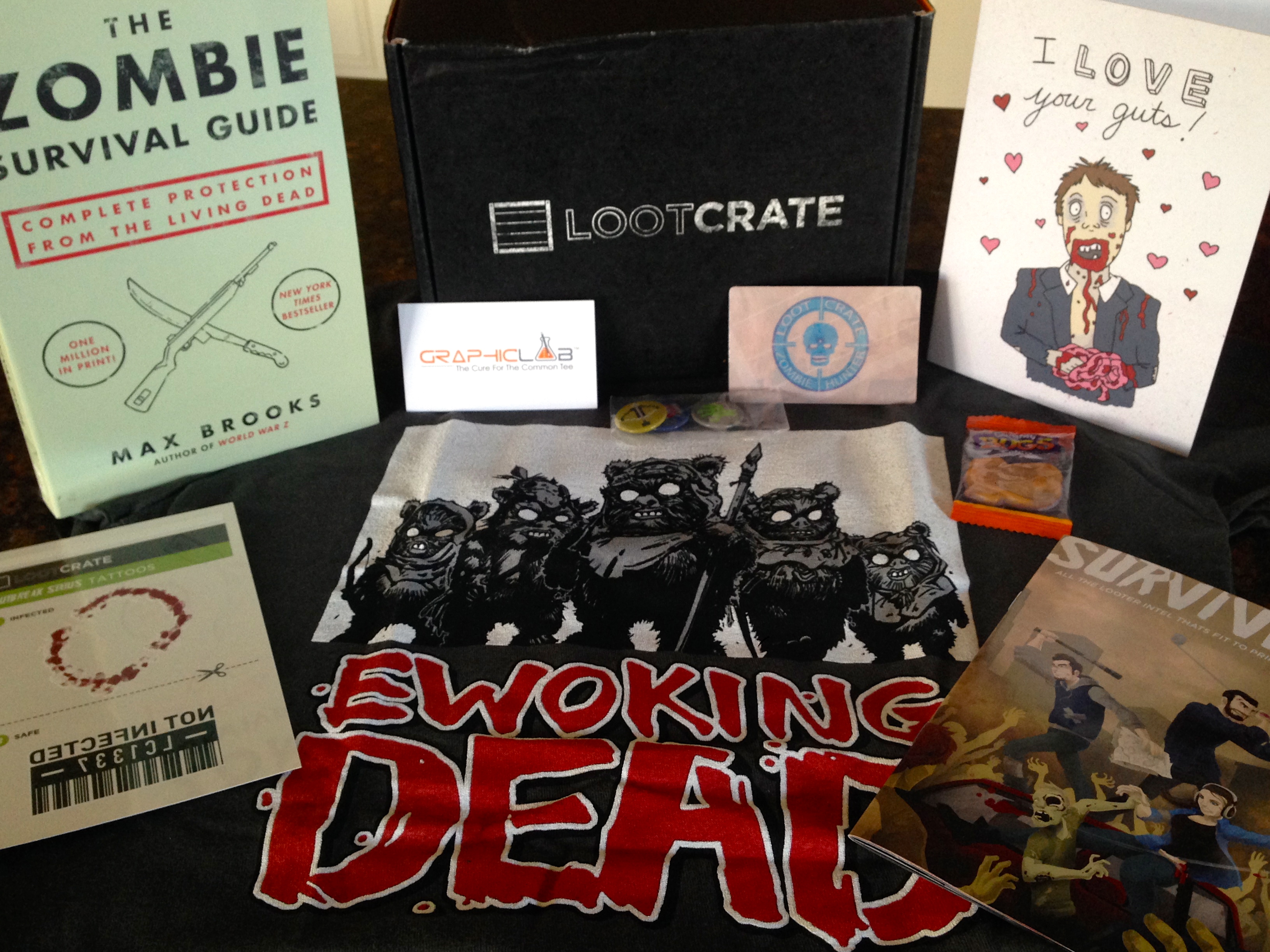 Last year it was all about prepping for the zombie apocalypse. This year it continued the theme of zombies and added sharks...and cats.

The Loot this month ranges from "epic" to "omg I don't want to touch that I might break it". Like pretty much anyone who's anyone I love myself a bit of The Walking Dead. Most people should by now know that it started out as a comic book that is on-going and Loot Crate managed to not only snag an exclusive version to send out in their crates but also a whimsical print by SuperEmoFriends showing a different take on a classic scene from the series.

Also included were temporary tattoos for slashes & bites, a gift card for a game I unfortunately don't play, and some toxic candy waste.

However the two standout items have to be firstly the "How to Survive a Sharknado" book which is continuing from last year's Zombie Survival Guide. Secondly and most importantly is the best pen I've ever seen that I think Gizmo from Gremlins would have loved to wield...a sledgesaw hammer pen from Capcom exclusive to Loot Crate. It is quite simply a thing of beauty.

Weirdest item goes to the Death by Kitten T-shirt which I will have to wear to work at some point so I can possibly be sent home for it being too weird.

Finally got my @lootcrate a little later than expected but I LOVE it! #walkingdead #sharknado #deadrising #geek

The magazine this month also continued the zombie theme with a 3D cover that came to life with some classic blue and red 3D glasses included in the Loot. This continued inside with the center page showing off favourite horror weapons which was obviously the sledgesaw from Dead Rising 3. Also included in the magazine was an interview from Walking Dead comic creator Robert Kirkman. I haven't had a chance to read it yet but I will enjoy taking the time to do so.

The box this time in true Loot Crate fashion was another great piece of artwork paying homage to games like Dead Island where you can create your own weapons.

Overall I think Loot Crate have out done themselves with this one. Well if they'd snuck in a POP then they would have outdone themselves...I guess they've reignited my belief that I made the right choice in subscribing with them and continuing to do so.

Also check out the themed video they released a few weeks before the crate came.

Take a bow boys and girls you've done a great job this crate.

Subscribe to Loot Crate using my code and save 10% on your first crate http://mbsy.co/lootcrate/4504085