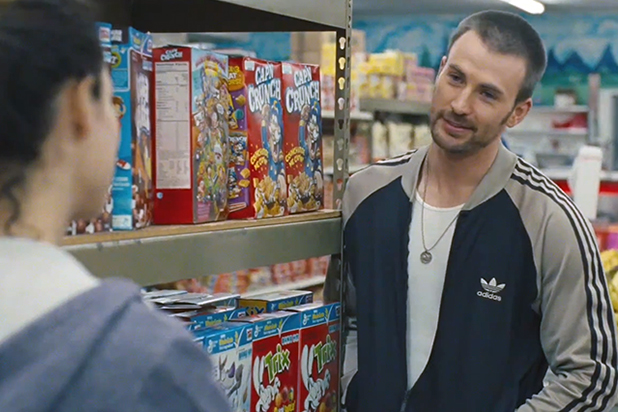 Every now and then I watch a film that changes my life, this was not one of those films. This was a pretty good film that was intentionally filled with clichés from the numerous rom coms that the world is filled with however even so it is pretty good.

Playing it Cool was previously called "A Many Splintered Thing" (which makes wayyyyy more sense as a title) the screen play actually made the Black List. This is a list of "most liked" motion picture screenplays from a yearly survey with others including Slumdog Millionaire, American Hustle and Argo. Written by Chris Schafer and Paul Vicknair, and directed by Justin Reardon it may not reach the levels of those films however it is still pretty good.

The film follows a writer played by Chris Evans who is disillusioned by love who is trying to write a rom com. Unsurprisingly he meets a girl and his world changes forever.

Problems with the film

It's cliché as hell. There's no two ways around it, it's the classic boy meets girl blah, blah, blah.

The characters are never given names really. Chris Evans character is simply called the narrator and somehow every other character omits his name when talking to him. The other characters just get given first names so we the audience can differentiate between them.

The narrator never truly opens up to his love interest even though he does finally say "I love you" to her at the end which is a big deal for his character.

It was cliché as hell. This worked in the world the writers had created where it was a writer trying to explore love or love as he understood it, hell as most of us understand it which is true film and literature. The Narrator tries to do this by putting himself into the shoes of all these clichés until he himself becomes a cliché but this works surprisingly well.

Chris Evans may not be the first actor that comes to mind when you think rom com but he was actually quite good and very open to what the story required which was entering the shoes of other characters which included female ones.

It didn't stick to just one style of filming and was pretty experimental with the way it approached the supporting characters stories giving homages to film noir, silent film, stop motion and even Korean cinema.

The reason it worked however is all of what I've just said but also because it delivered it's punchlines when it needed to. I don't usually find rom coms as funny as I found this one but it was surprisingly funnier than most.

So yes entering into watching this film I didn't really expect much however it was surprisingly good. Horrible name for it though. See the trailer below.