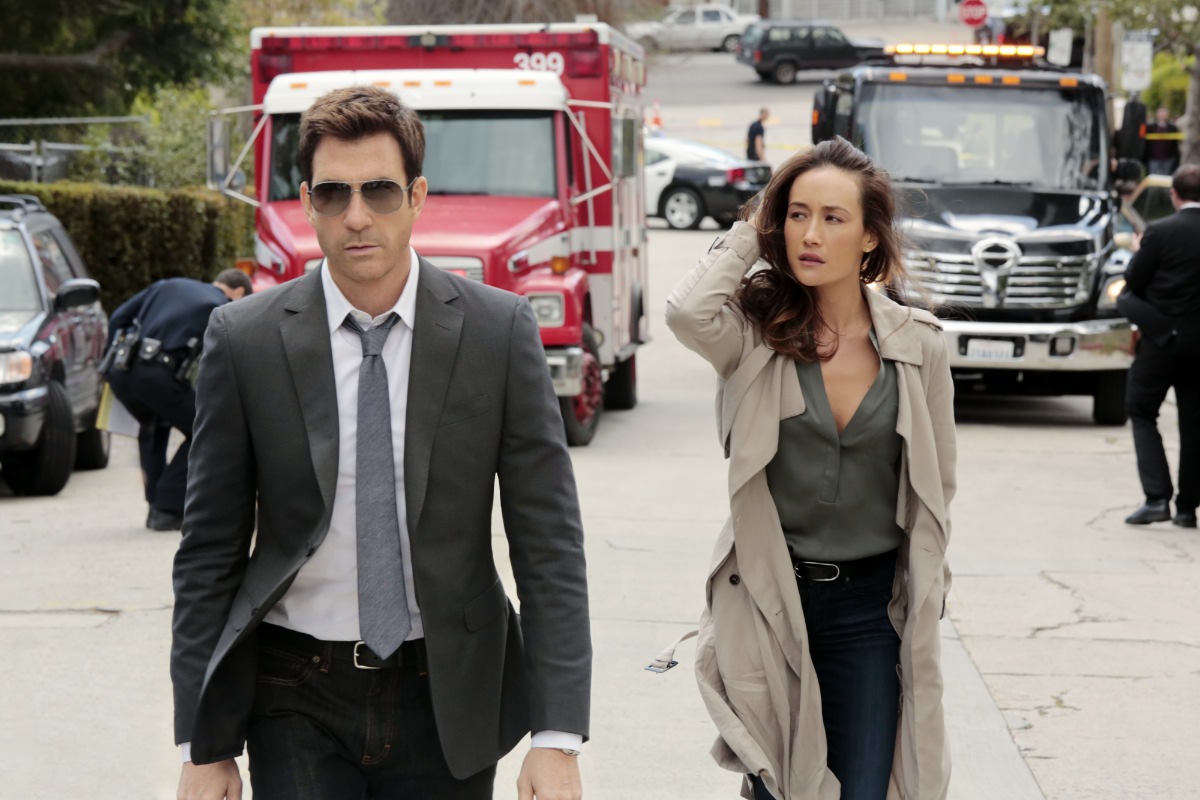 Most of you probably won't have heard of the new and very timely show that's just come out called Stalker or maybe you've heard of it and because of the name ignored or avoided it. I didn't avoid it and was pleasantly (not sure that's the right word) surprised by the content. Hitting close to home Stalker explores the idea that stalking can happen to anyone not just celebrities and kicks off the series with some slightly unnerving scenes.

In this post I'll explore whether the show is a good or a bad thing after some critics have hit out at it making the very real threat of stalking into entertainment.

This post will include small spoilers so read on at your own risk.

This series boasts a mixture of some familiar faces as well as an actor I haven't seen on screen in years and that I'm hoping will be big in this series.

Dylan McDermott has been making the rounds the last few years in drama/thriller shows so other than the name of the show his inclusion in the cast confirms that this will be something to watch. Playing Jack Larsen, his character is questionable at first due to prejudice due to the opening scene and the connection the editing intentionally forces the viewer to make.

Maggie Q coming off of her long stint as Nikita is a big draw for the show as her talent and intensity in her acting speaks for itself. She plays Beth Davis who seems to have demons yet to be revealed fully to the audience. We do however get a glimpse of them in the first episode.

Both characters/actors play off each other and have a way of hyper analysing situations which would be rather unnatural in real life but in the context of the show works.

Finally the cast member I'm hoping hits it off is Victor Rasuk who I previously saw in How to Make it in America (a show you should check out if you get a chance to) but not much else since. I'm hoping he has a big resurgence as a result of this show. He plays Ben Caldwell in the show but we don't see much of him in the first episode.

All 3 are detectives. There are other members of the cast but these are the 3 that I like the most.

The cast aside this show is dealing with a very real fear and/or reality for some people. Some have criticised it for turning that very real issue into a piece of entertainment however I have to question if that's actually a bad thing. It's certainly not the first piece of entertainment to explore stalking in society. It might be the first to openly just call it what it is unlike say...Catfish which pretty much explores a similar subject which forces people to question the information people are presenting to you online.

The first episode of Stalker sets the scene for the series with a couple of moments carefully constructed to lead the audience's thought process. From the first scene you are lead to believe that Jack is a stalker...which in a way he is but as you watch the entire episode it's not in the way that we are originally lead to believe. Maggie Q's speech to a class lays out the basics of stalking and the reason this show is so timely "anyone can be a stalker", "whatever app is hot today we have too much access to one another". The truth is we are all guilty of it. Half the reason we all keep our Facebook active is to stalk people we honestly have no interest in talking to anymore. Some people might take it a step further and that's what this show is trying to explore.

Although slightly forced at times the show works as a whole. As is expected from a show like this it gives the viewers the answer to who the stalker is by the end of the show, it's no True Detective that keeps you guessing but at the same time I don't think this will be a repeat of The Following that will keep baiting you with the same thing.

I believe this will be a good piece of entertainment, a little on the heavy side but not enough that you won't be able to sleep at night. The critics that have hit out at it do have a point that it makes light of the issue of stalking and violence against women however it does bring it to the forefront of public discussion so they should take the win where they can get it or make something better that captures the publics imagination and communicates the issue better.

I hope you enjoyed my take on Stalker. As always I'll try to sum it up the best that I can...