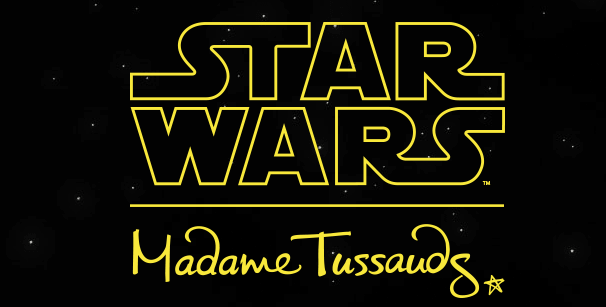 You have read that right, Madame Tussauds now has a Star Wars exhibit in London and I was lucky enough to go on the opening weekend. Luckily it wasn't in a galaxy far far away but a simple train and tube journey.

I'd never been to Madame Tussauds before so I was looking forward to seeing what it had to offer after stumbling across the revelation that they would be creating a Star Wars exhibit.

Now I don't claim to be a die hard Star Wars fan but I have incidentally got 2 Star Wars related events on my calendar this year including this exhibit...the second one being Secret Cinema in June. I swear it was a total coincidence this year, but a happy coincidence.

Arriving at Madame Tussauds I thought it would simply be for the Star Wars exhibit. I was wrong. This however was not a bad thing as I got to experience the entirety of Madame Tussauds (crowds and all). From movie stars to One D they had it all in themed rooms, with lots of opportunity for silly pictures with your icons.

This was all great fun but 2 hours in and 3 snack stations later I started to wonder if the Star Wars exhibit actually existed. There were no signs but there were other people with the wristbands required to go to the exhibition. I kept my faith...after asking a member of staff if I was heading in the right direction in the maze that it was.

I finally reached the Marvel 4D experience which was apparently the last stop before the Star Wars exhibit. By this point it really did feel like a galaxy far far away but in my mind I knew it was just around the corner. The 4D experience was awesome! I've never been so happy to be sneezed on by a big green giant or actually felt the need to dodge debris but the way they did it really brought a new dimension to what was happening on the massive screen. When it finally came to an end a live Jedi came out to greet the audience ushering them into the Star Wars exhibit that awaited us a short distance away.

We walked down a hall designed to look like the inside of one of the many ships that Star Wars is famous for (I won't pretend to know which one and I'm far too lazy/tired to look it up). Finally the exhibit we came to see was in front our eyes and it was glorious! 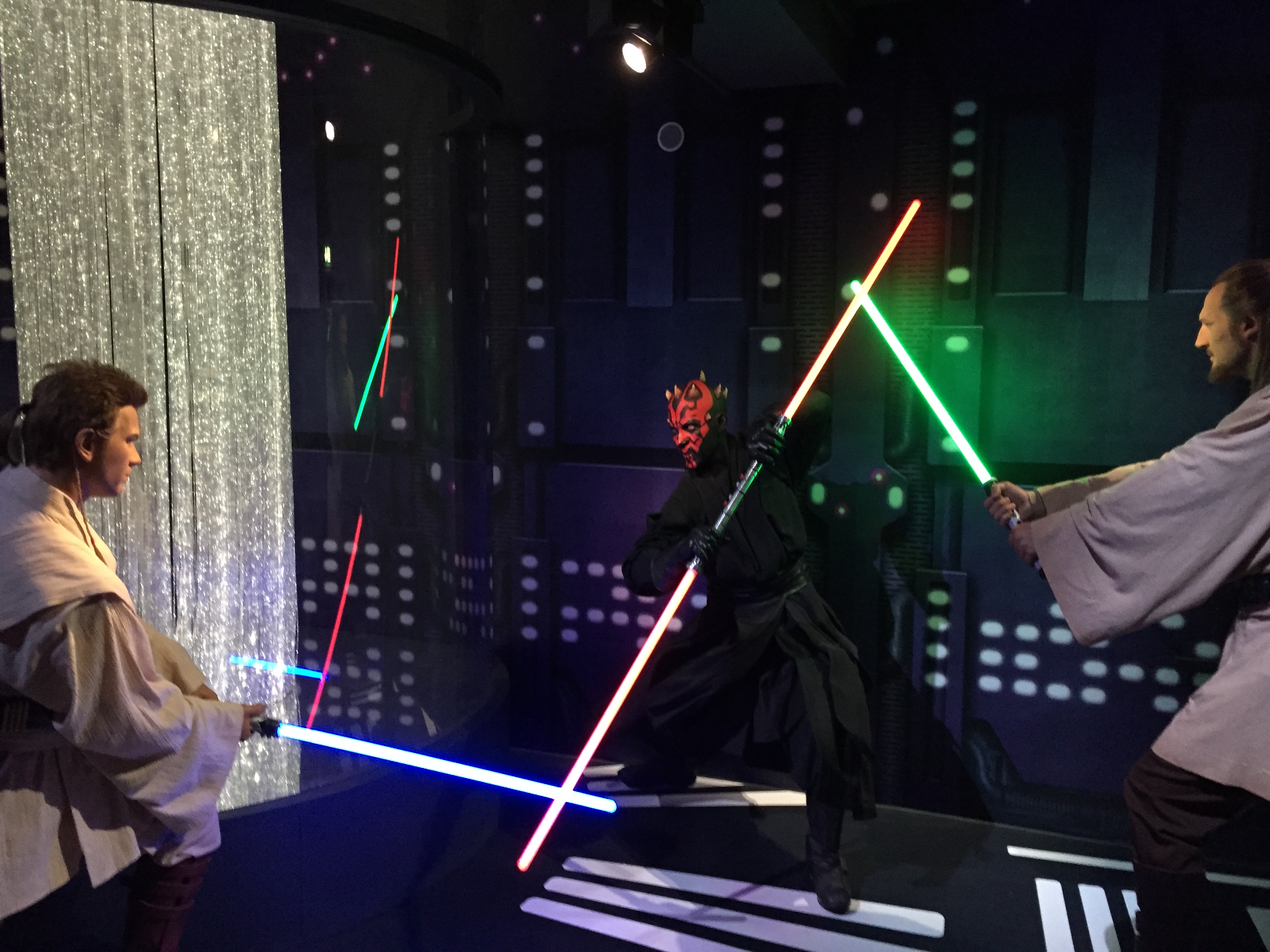 The talented team at Madame Tussauds had put in a lot of time and effort recreating scenes and iconic characters from the franchise, all to excellent standard. Each room was like stepping into the films themselves.

My favourite has to be the one featuring Yoda which was super detailed. It had spongy grass like a swamp, there was fog and he talked!!

He was just one of the many highlights including Han Solo, Chewbaca and of course the infamous Darth Vader. 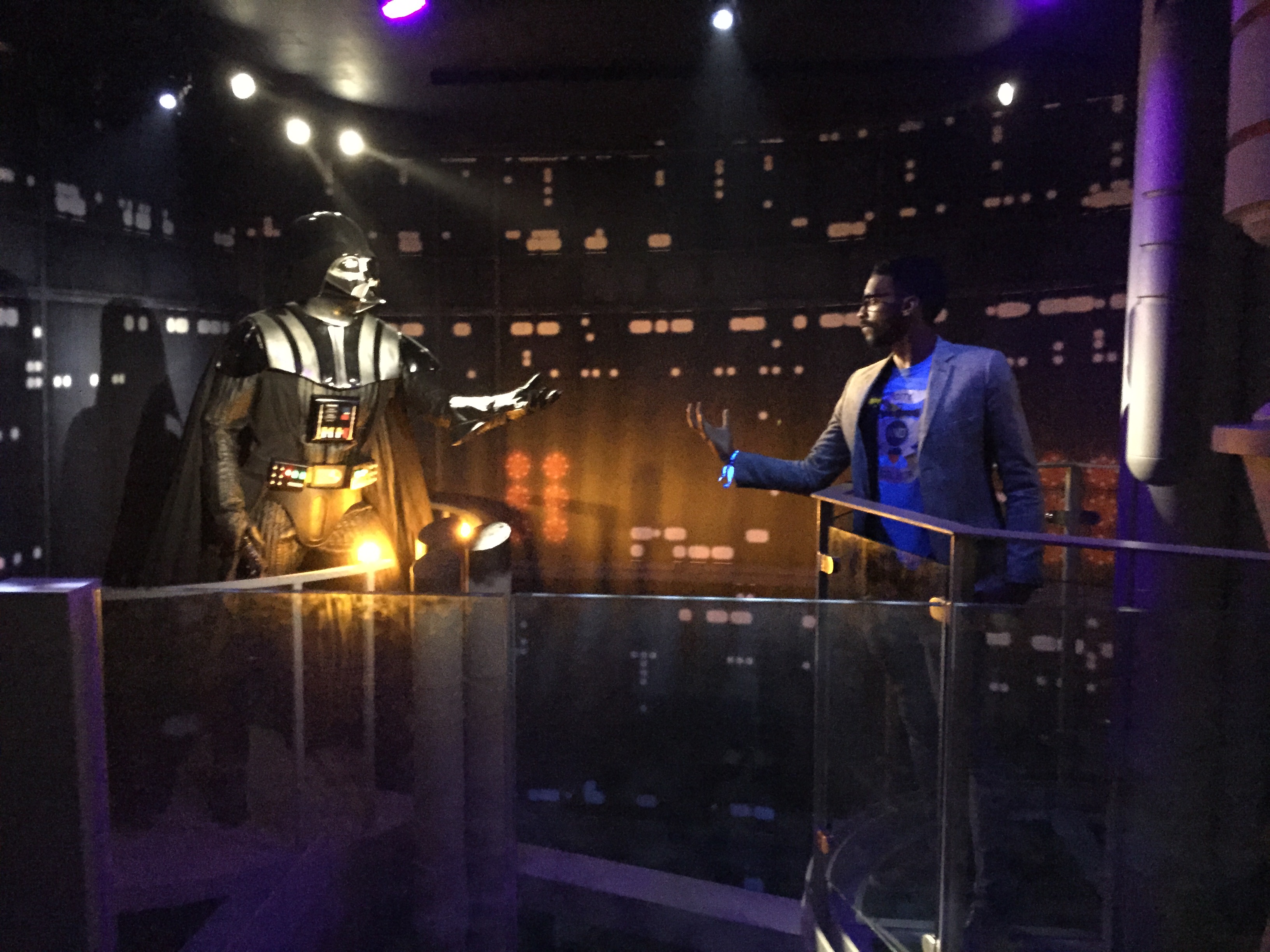 I can't recommend visiting Madame Tussauds enough for this. It might take 3 hours for you to do it but it's well worth it believe me.

As Yoda would say...

I obviously recommend you do.