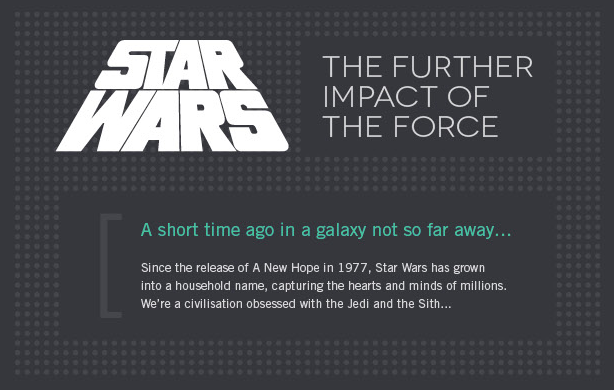 It's now been over a month since the latest in the Star Wars franchise came to life on Cinema screens around the world and smashed all sorts of records with it's release. Without a doubt we are a world obsessed with a galaxy far, far away...

More than that however we have become consumed by the memorabilia and counter culture birthed from the film franchise.

Hawkin have gathered some of the best facts about how obsessed we've become about the franchise and put it into an eye catching infographic.

From holograms to religion we as a society have take the ideas we've seen on screen and attempted to make them a reality in our every day lives. 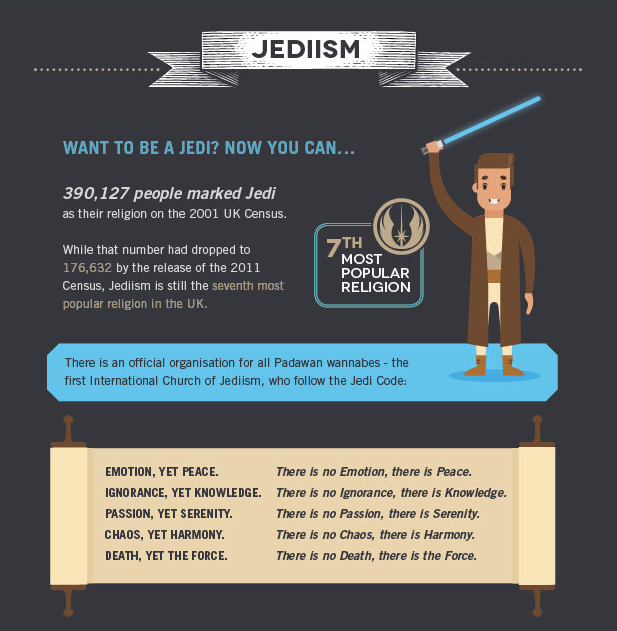 Yes you read that correctly, JudaismJediism (autocorrect) is the 7th most popular religion in the UK. Previously 390,000 people marked it as their religion in 2001 before dropping to 176,000 in 2011. However with the most recent release from the franchise I have no doubt we'll see a slight jump in that number as people once again worship at the altar of Lucas the Jedi.

Then you have the lightsaber. The famous weapon used by the Jedi from the franchise to burn and slash their way through friend and foe alike. Since New Hope people have loved the idea of a sword made of light. They haven't quite made one yet (although one crazy guy made something similar) but they have consistently advanced the replicas that they have made so that there are now different quality ones you can get for your costumes. 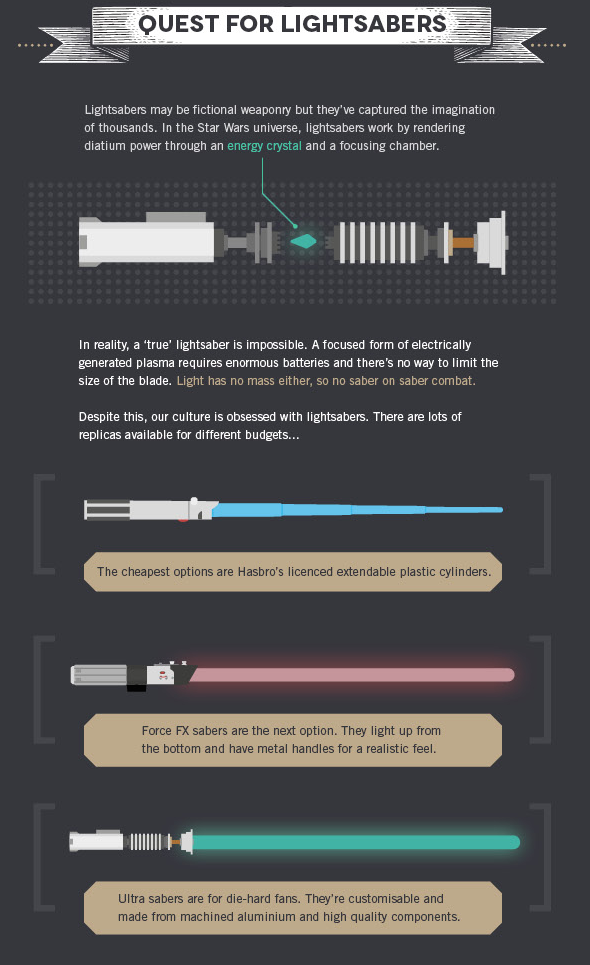 They even have schools or guilds that teach you how to use them properly and how to become a Jedi Master! via Nerdist

Yes, Star Wars truly is one of those films that inspired a generation and have surely done it again with their latest film that has among other things inspired girls everywhere that they could be the hero (although the merchandise hasn't quite caught up with this notion so has created some backlash). But at least we can all get hold of our very own BB-8!

You can check out the entire infographic below, it doesn't cover everything but there's some interesting stuff in there.