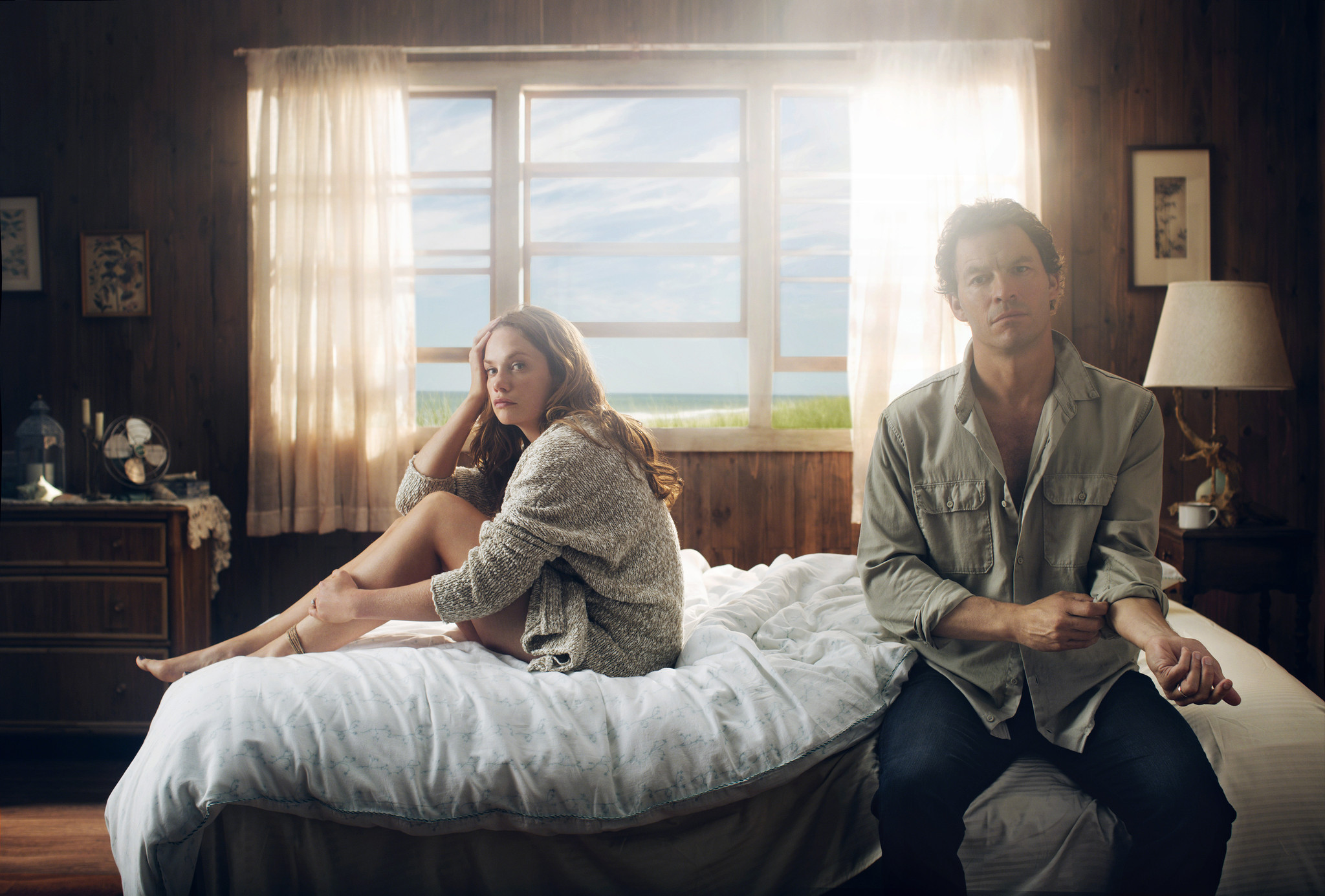 I've finally got around to watching The Affair and I'm glad that I waited until the entire first season had finished because I was able to do something that I usually hate doing with shows which is binging on them. Yes I watch a ridiculous amount of TV shows a week but I have a week to digest an episode before the next one as opposed to when you binge on something. But I'm going off topic I'll cover that in another post some day, I made an exception with The Affair because I knew from the first episode that this was something special and that like a good book I just wouldn't want to put it down once I picked it up. So I waited and it was well worth the wait.

The writing was spot on, the acting was fantastic but most importantly of all it had a hook that would make you keep watching. Some people would notice the intricate nature of the hook and how it affected the writing and acting while others wouldn't notice it but would keep watching because it was just that intriguing.

The story is a simple one or so you would be led to believe reading it at first:

Sounds like something you've read or watched before at some point right? Maybe you're even thinking "How did this get on TV?". Then you watch the first episode and you get it.

The show is told from the view point of the two people involved in The Affair; Noah a teacher & writer and Alison a waitress in the Hamptons. For most of the show we switch between the two as they recount their summer to a detective who for some reason wants to know their history and how they came to have an affair together. For those of us who have watched a murder mystery or any police drama, we will know he is either trying to build motive for something or simply trying to get details about something they witnessed. Either way we don't know what it is he's looking for so we continue watching until we notice something...they're telling the same story but from their perspective. This is important as once you realise this you start to take more notice in how the story changes based on who's telling it.

In one the person who starts The Affair is Noah while in another it's Alison. Sometimes in both recollections the same thing happens in exactly the same way while in others there are more details thrown into the mix or even left out. The audience is forced to take the trickle of information that is allowed them from these two characters without ever knowing fully what other characters are doing or going through.

As you go through the series you notice that personalities, clothing, and places that events happen are changing at the drop of the hat which makes you question whether what either of them are saying is true or not as they can't both be telling the truth could they?

Taking it back to the original description of it being a story about "the psychological effects of an affair" you start to realise that their subjective interpretation/recollection of what happened could have been skewed by what was happening to them at the time or that over time they've forgotten certain events.

This show is so intricate it's unreal and I'm half tempted to rewatch it to take it apart and map where the stories diverge. The writers have done an amazing job of weaving an amazing story. The actors have also done amazingly well at being able to change the way their characters act depending on who is telling the story. One of the most striking things I found was the thought that went into the characters clothes depending on who was telling the story. This is most evident in one of the final scenes of the last episode where in Noah's telling Alison is wearing all white almost as if she is a pure innocent soul, while his daughter is a little slutty. In Alison's version Noah's daughter is in a much more reserved article of clothing while Alison herself isn't in a white dress but a white skirt and blue top which probably symbolises she doesn't perceive herself as pure as Noah does.

As I said earlier I am tempted to rewatch it and take it apart because it is an interesting show and an interesting take on how important perception is. Hell even the way that we the audience perceives the show will be different as not everyone will take in the same thing from the same scenes. The thought behind this show is amazing and the execution is even more amazing.

If you haven't watched it yet. Watch it. Then let me know what you think about it.