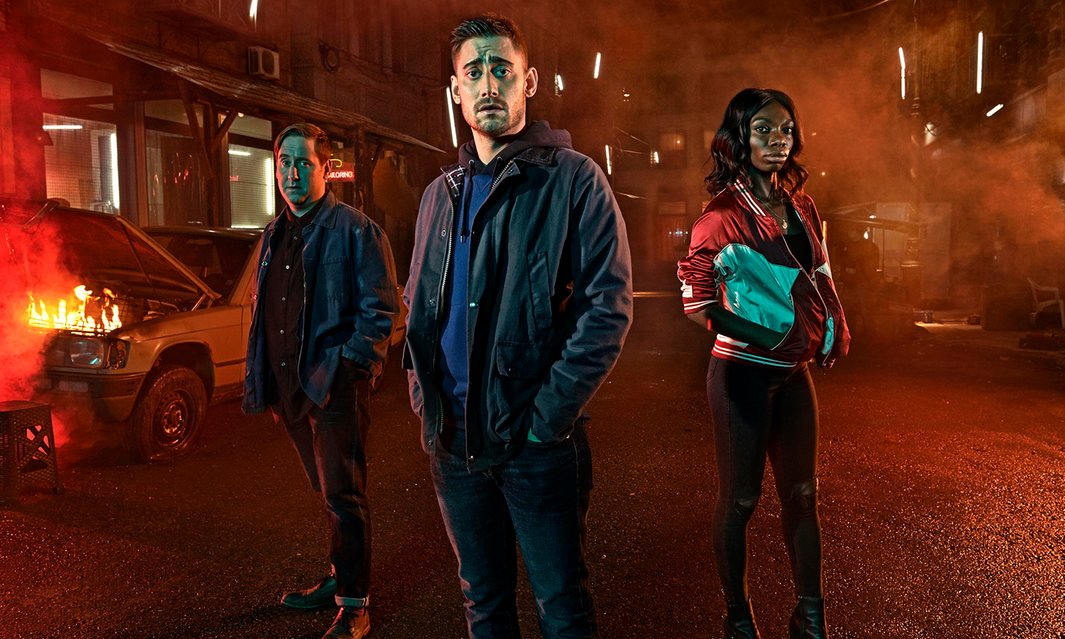 There are very few British series that I will actually take the time to watch because I usually get bored to tears by the format. However Misfits was one series that I loved up the format of and I'm glad to find that there is a new series coming to E4 that looks very similar to it.

The new series seen in the video above which will be starting next week Tuesday follows Lewis (Michael Socha), a border guard for Troy and the human side of the wall.

Since they crash-landed in the UK 40 years ago, aliens have lived among us. Though they look and behave exactly like us, they are forced to live a segregated life, behind a huge wall in a ghetto called Troy. It’s a hedonistic and ramshackle town, unpoliced and filled with gangs who make a living smuggling alien hair out of Troy to be smoked as a drug by humans.

The timeline of the Aliens arrival since a UFO crash landed off the British coast is very interesting. A brief overview of it is:

Like Misfits the show doesn't look to be your typical British show and is a refreshing take on current issues that people have with society, namely the issue of immigrants. While the show is closely linked to that issue like any good creator Fintan Ryan is happy for the audience to place whatever they want onto it.

The show has been running a propaganda style campaign interrupting shows and even YouTube videos since early Feb as a way to publicise the show with the slogan of "Fight Human Oppression". This was a highly interesting way to hook the audience and make them wonder what the actual fuck was going on. The Channel 4/E4 team have done similar things previously with shows like Humans to great effect and this was no different. They even had a website and propaganda style posters to go with this.

Could this be the most soul-destroyingly weird tattoo the guys have ever encountered? @JayTAT2#TattooFixershttps://t.co/DmwBlafLwB

I can't wait to see how the show compresses and delves into a deep 40 year history while following Lewis on his journey of self discovery. If you like comedy and drama this one's for you.