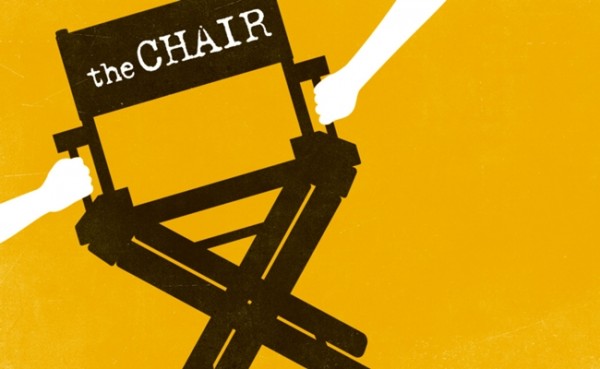 A serialised documentary that I stumbled across The Chair is a competition between two up-and-coming directors bringing their first feature to the big screen. Created by Project Greenlight executive producer Chris Moore the show aired on Starz. The two directors were given identical screenplays (How Soon Is Now) which they had to craft into their own film using the same budget and filming in the same city. The documentary series which has now finished, shows the creation, marketing and theatrical release of both adaptations, but most of all it shows the struggles that went along with it. I meant to write this post a long time ago but never got around to it and was always playing catch up with the show so I thought now being the holiday season would be the perfect time to write about it.

Shane Dawson and Anna Martemucci are the two directors that were chosen to be the subjects for this competition or to give it a better name; experiment, as what Chris Moore wanted to see was how two directors would approach the same material if given the exact same circumstances starting out.

Both directors had never directed a feature film before but had some experience in the industry.

Anna is a writer at the heart of everything but has never directed. She's produced, acted and done a number of short films with Periods Films a short films series and comedy collective that she founded together with her partner Victor Quinaz. Before she joined 'The Chair' to direct her feature film Hollidaysburg she had co-wrote, produced, and played the role of "Lenka Jones" in the 2013 feature film Breakup at a Wedding which wasn't a hit but was enough to get her noticed and considered for the show. Knowing Zachary Quinto and a few of the people in Project Greenlight probably didn't hurt either but that's part of the process!

If Anna is the classic interpretation of what an up-and-coming director should look like then Shane Dawson is a different species all together. He is a YouTuber, one that has amassed a following of millions with sketches and parodies on his channel. To give you an idea of what his videos are like here's his most popular one which is a parody of Miley Cyrus starring Kristin Findley as the music star.

It got 24 million views. It's well shot and funny which is what Shane goes on to do in his film Not Cool.

The Screenplay & the rules

The basic rules they were given before starting out was as follows:

Simple rules but at the same time they already limited the amount of things they could do but the fact they get final cut was the most attractive thing about the concept and what roped these two directors in.

Producer Josh Shader developed the idea for the script with screen writer Dan Schoffer and they settled on a coming of age story called How Soon is Now.

This original script was then taken apart by both directors as they took the concept and made it into their own. Dan had to go through this twice...horrible for him but amazing to watch happen. This doesn't usually happen as the writer would have a little more control than Dan had but still it was great to watch.

Characters were killed off and kept, jokes inserted and scenes/overall story chosen.

Anna mostly rewrote the script because she is a writer and struggled with directing something that was written by herself. To a point Shane also rewrote the film but he didn't do it as much as her and ready to go a lot faster. This in my opinion was a case of confidence in what he was doing as he has been doing videos for 8 years while for Anna her confidence just wasn't there fully yet...and it never really shows up entirely as the documentary went on which is unfortunate as the film seemed to be solid.

Unfortunately I have not watched the films yet so I can't really comment on how good they are and whether the IMDB ratings are accurate or not. All I have to go on are the trailers and what I saw on the show. I liked that Anna stuck to what works in a feature film but I also liked that Shane did things that aren't usually executed on a feature film. Watch both trailers below and decide for yourself if you'd watch/will watch them.

Why The Chair is a film making must watch

While not perfect examples of directors the show does chronicle the journey that a director takes. From original concept to creation of the cast and crew we are given a window into what can and does happen when creating a film. From the get go we see everything, yes the documentary is edited but only to a point that it works as a documentary but for the most part it is a highly candid look into what happens.

Would be directors should take notes about what to do and what not to do while watching this series as it is filled with moments of both.

However by the end both directors are just that...directors and they have grown not only professionally but personally too.

I won't tell you who the winner is but I will say once you start watching you will want to continue watching it and that you will fall a little in love with Pittsburgh.

If by chance either director reads this...I tip my hat to you (even though I'm not wearing one) I couldn't do what you've done.