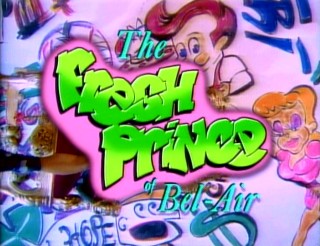 For those who haven't heard there has been early talk of the much beloved show "The Fresh Prince of Bel-Air" being rebooted by the main actor in the show Will Smith who would be producing it with his production company, Overbrook Entertainment.

As the pitch is still being finalised this has made me question whether the magic of a 90's sitcom show can be recreated 20 years (yes 20, we are that old...at least) since it finished?

Obviously the cast would all be brand new and likely relatively unknown actors who most likely will have grown up watching the show or will have at least heard about or seen clips. This might mean they try to emulate the characters we know and love which is a double edged sword that can work in favour for the show or conversely doom it to obscurity.

We still don't know what the show will look like and if it will be a straight reboot or a continuation of the show but if it were to get green lighted it would be interesting to see how they brought it into this decade and approached the world as it is today.

My opinion is it's entirely possible for them to recreate the magic that Fresh Prince had...if (and this is a big if) if they can keep the universal aspect of it.

When you look at the core of the show, that's what made it so relatable to literally everyone who watched it. Yes it highly targeted to black people, for me it was one of the few shows that had an all black main cast who weren't overly stereotyped. This along with great acting, stories and most importantly for a sitcom; comedy, meant that the show was a hit while it was showing and for years later. It still is today.

I challenge anyone not to be influenced by one of the best scenes ever from the show and any sitcom to date.

Finding actors that can capture an audience with these sorts of scenes, that is the magic that will make the difference between it being a good show or a great show, even if they can recreate the universal aspect.

The reboot isn't confirmed yet and honestly I could use a little more colour on my comedy TV roster so I'm hopeful. Black-ish and Fresh off the Boat are it currently for colour comedies that are out there currently that I watch. I really need to make room for Key and Peele but I'd want to burn through the 5 seasons because from what I've seen it's SO good!

If anyone has any recommendations throw them at me. Black, white, cuban or asian. I'm easy.