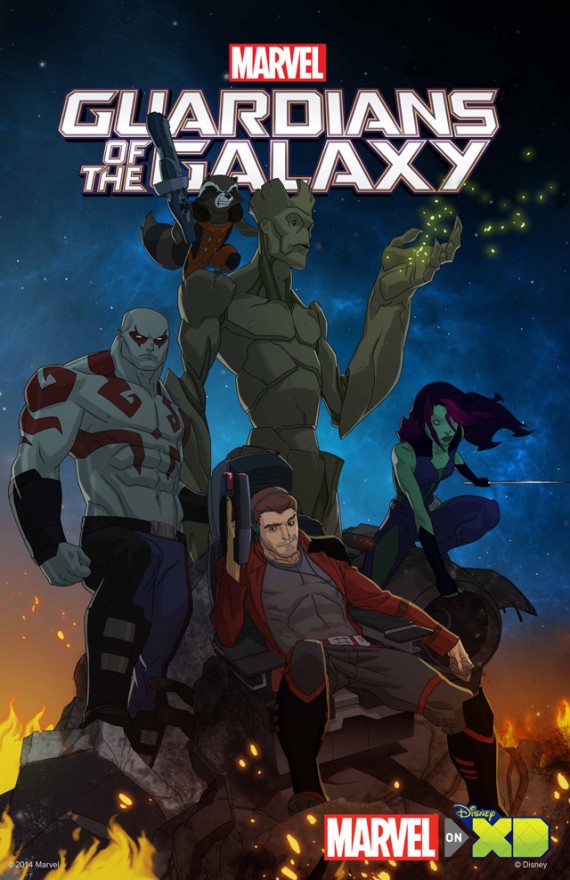 One of Marvel's previously lesser-known comics that rose to stardom with their film feature that was a box office hit this summer is Guardians of the Galaxy. It's been such a hit with fans of all ages that it's getting it's own animated series as is a trend with most Marvel properties that hit it off with fans.

However some early test footage of the series has been released at NYCC and I have to admit that I am quite looking forward to this interpretation of the comic characters. The footage focuses primarily on Rocket Raccoon but has a short appearance of Star-Lord. The animation is strong and as it should be as it is being produced by an award winning team from Marvel Animation. I just hope they have a good storyline to back it up. But based on the investment they are likely to be putting into the franchise I have no doubt the writing team is just as strong.

Check out the trailer for yourself below and let me know what you think about it.

The Guardians have been animated before in other Marvel animations but this will be their first real series. It should be able to explore different avenues from the comic that the film was not able to, as well as give rise to new younger audience who might not have had the opportunity to see the film yet.

I'm very much looking forward to the series and hoping they can translate the feel of the film to the animated series.