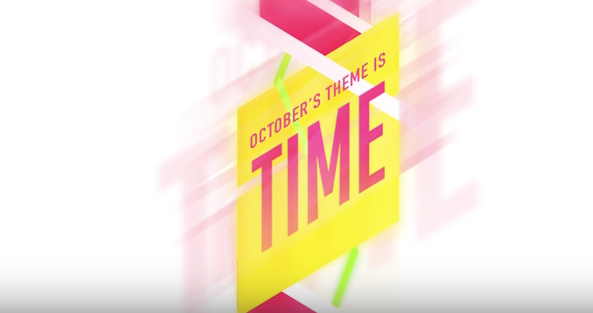 This months theme is quite appropriately "Time" with the 30th anniversary for Back to the Future and the month & year Marty travels to being this month & year. As Doc would say...Great Scott!!

Now as much as I'd love to write about the Loot from this month's crate which is without a doubt...epic. I have to take a few minutes to fangirl over the content of this months magazine which includes profiles of the people who put together the crates themselves and the way that they do it.

Punnily named section called "The Crate Ones" the profiles showed off the product team behind the crates I've personally come to look forward to every month. These people search far and wide to find unique items to curate for our Loot Crates, items that we might not have but more often than not would have known where to get. These are rare items even to convention goers, fresh from suppliers (like POP vinyls) or items that every geek should own (like Ready Player One). I found it fascinating to read about what they did to put a crate together. This included trawling the internet, reading our feedback, spotting trends, and of course knowing what will be a fan favourite and will be unexpected. Truly a great read.

Then there's the guide to cosplaying 3 of my favourite time travellers to go with the month's theme. Of course there was Marty McFly, but then there was also two unforgettable time travellers...Bill & Ted. For those of you who somehow don't know who they are I'm truly shocked and appalled. For those that do know one of Keanu Reeves greatest roles ever I salute you. With Halloween at the end of the month it's surely the blue print that everyone was looking for who hadn't already come up with a costume for the greatest day of the year.

But that's enough about the magazine, on to the loot...

I'm not the biggest Dr Who fan (I could never find the time to watch the series from the start) but even I have to admit that a Sonic Screwdriver Spork is pretty cool. Multifunctional geekiness at it's best.

Then there's the exclusive Back to the Future replica hoverboard. Okay okay it wasn't quite a replica it was a 5 inch version so...not quite rideable but still definitely something for the collection especially with the certificate of authenticity.

Then we have a most excellent t-shirt that pays homage to the cinematic blast that is straight from 80's past Bill & Ted!

Finally the most epic of piece of loot of them all an exclusive Funko POP! Dr.Emmett Brown. Brand new, only available in Loot Crates. Designed in conjunction with the Loot Crate curators and inspired by the famous clock tower scene from Back to the Future. 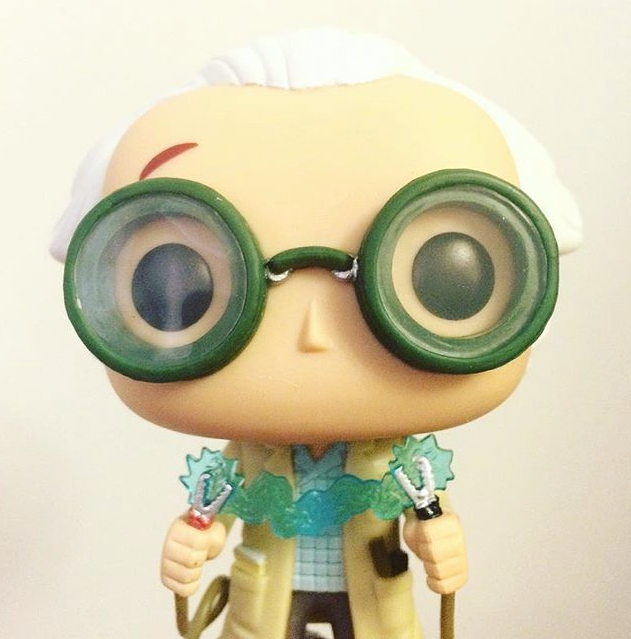 Finally as an additional bonus the Loot Crate team put together a 3 part video for this month. Part one is below...