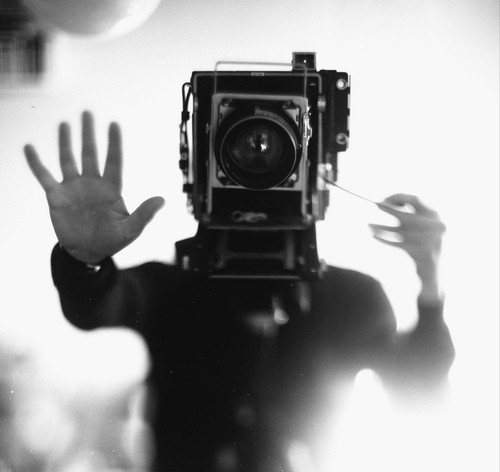 If you watched the walking dead season finale and if you also read the comic books then you (like me) were probably expecting some brain matter to be splattered by that sweet piece of perfection known as Lucille. When you saw them all lined up you couldn't help but think "Damn this could go a different way from the comics" but then you were back on it and thought nah they aren't going to disappoint us they're going to kill him. But I don't think anyone expected what happened. The poor camera man got beaten to death...it was brutal! 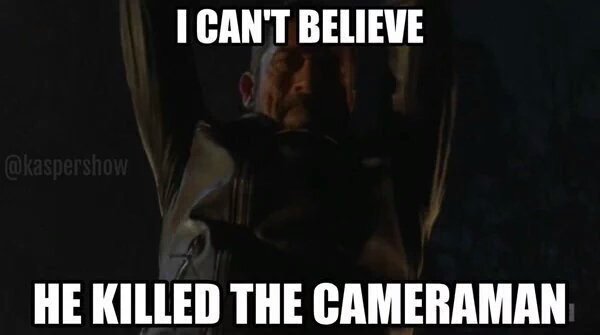 Memes were created. Fans were crushed. But no one stopped to think why this cameraman needed to go.

Stay with me here. How many close calls has this guy had? He's been with the group through 6 seasons and he's never spoken up about the bullet grazes, hordes of zombies, machetes almost stabbing him...the guy is both an idiot and a champ but unfortunately it was just his time to go.

That time he and Glenn survived after falling off that dumpster was ridiculous! He was right on top of him! How did he not die then?

I'm so glad that Lucille finally put an end to this guy.

There was absolutely no character development with him, no screen time (always hiding behind that ******** camera!) and worst of all he never ever helped the group. Seriously. He was behind enemy lines with the Governor, he could have told them everything, and when Terminus was happening where was the warning bro? Seriously?! Nothing?!!!

I hope his screen was obliterated into his heart by Lucille (that's how good she is).