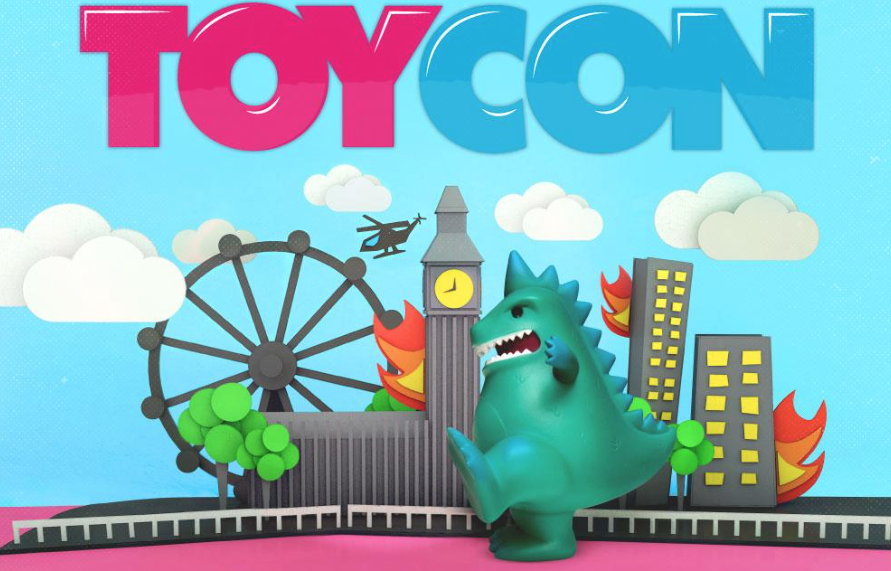 For the second year in a row I decided to attend the creative display known as ToyCon. A convention full of toy designers, artists, customisers, collectors and dealers (of toys obviously).

This year I decided to attend for one main reason, the chance to join Matt Jones for his 1 hour master class
of Model Making using Super Sculpey. Okay I'm lying I got tickets before I knew about the workshop but it was totally my main reason for attending after I found out about it...

Students would learn skills in making Clay Models and get a better understanding of how the design process works from initial 2D sketches to 3D models.

Every student got to take home a finished clay figure and a copy of the
Plastik Surgery Workshop Handbook.

The event which was supported by Super Sculpey was limited to just 20 students. It was first to sign-up, first to be served rules applying so I was quick to get my place.

I'm glad I did because it was so worth it!

The class was with a small group of 15 on stage which meant Matt had a lot of background noise from the convention floor behind him to contend with however with he did a great job of taking the group through his step by step guide on making a bunny model. 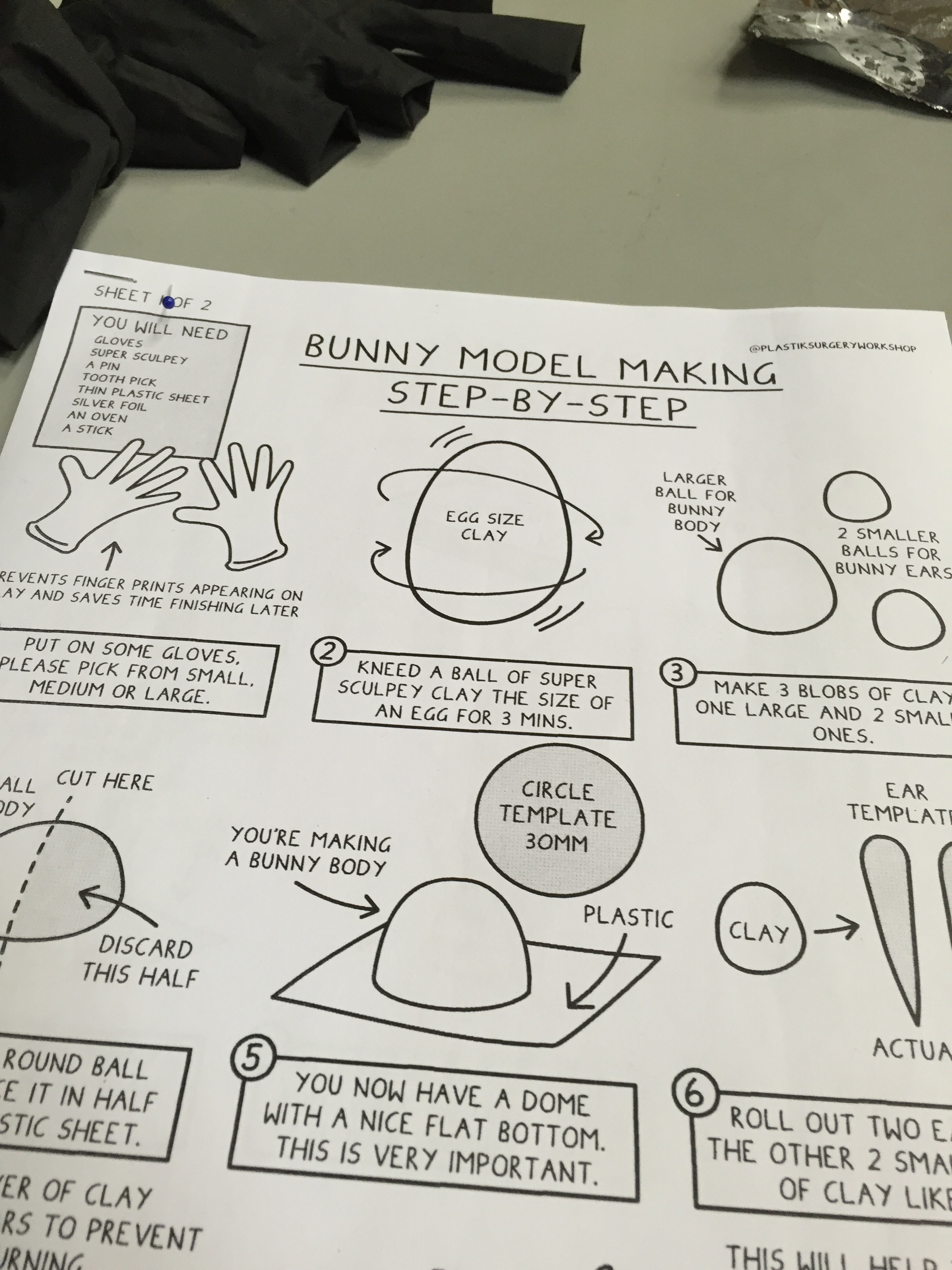 This was a simplistic figure easy for anyone to do no matter the level and quite a lot of fun.

Each of us got a guide, gloves, super sculpey and simple tools to mould the clay with (stick, toothpick, pin). Matt carefully took us through how to do each step and the reasoning behind them such as not wanting to waste clay, not burning the clay and stability of the figure when making it in sections.

A lot of the stuff I already knew from self experimentation but it was great to be able to do a simple bunny, even though I made mine a bit more detailed than the I was supposed to... 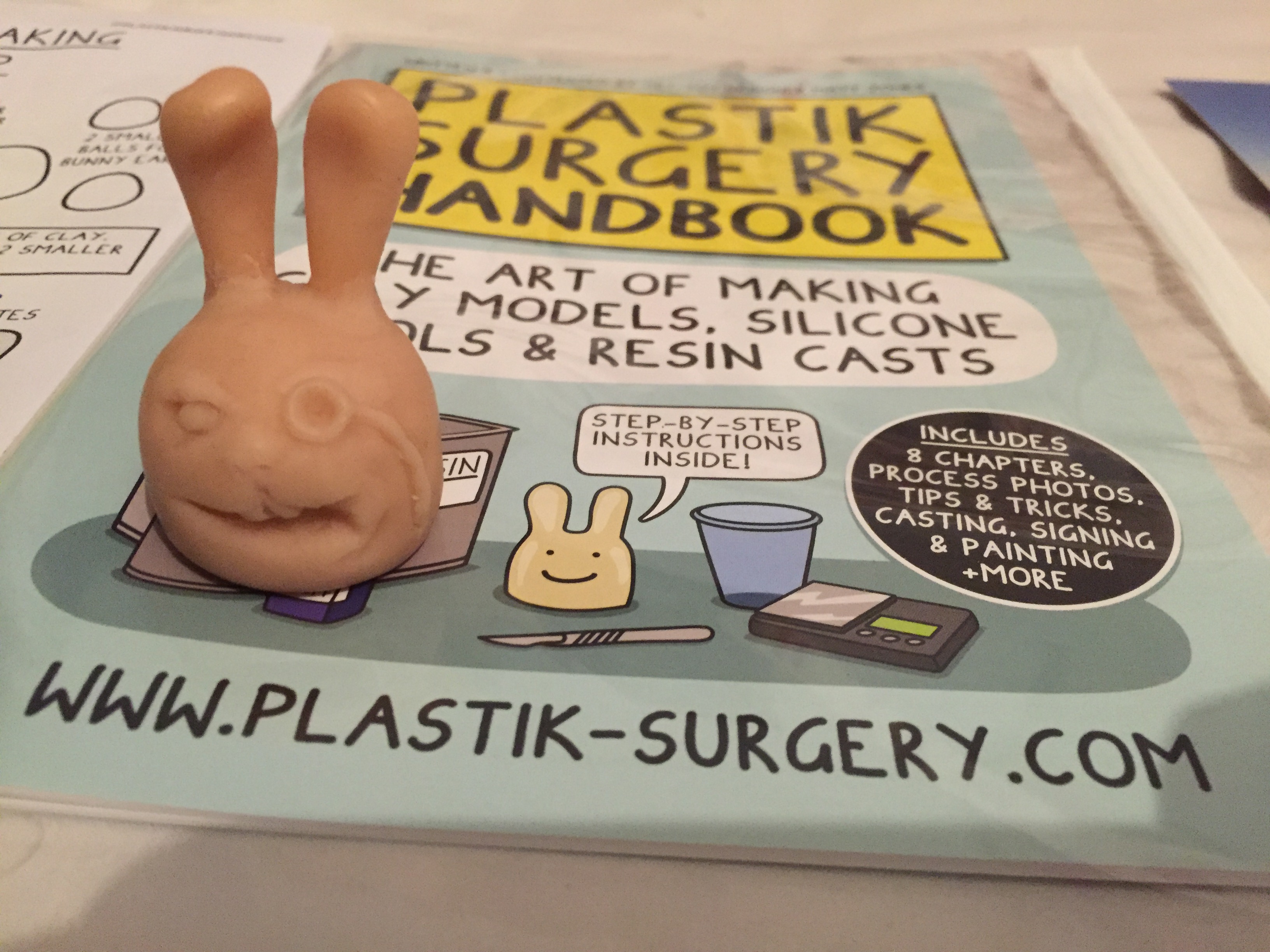 I decided to give him a bit of character with a monocle and bent ears, he's also cool to feel with the ridges of detail in his skin. It was my first time playing with sculpey so I wanted to experiment with what I could do with it. I usually use super sculpey firm but I think in future I'll be using a mix after this.

The best part of the workshop however was something which I did not expect, a handbook on models, silicone tools and resin casts which was written & illustrated by Matt himself and is available on Plastik Surgery. This will certainly serve me well as I look to experiment with casting in the near future.

If you get a chance to go to Matt's workshop I fully recommend going you won't be disappointed by what you learn and he's really open to any questions you have. In fact you can post questions you have on Instagram where he's more than likely to respond with some top tips!