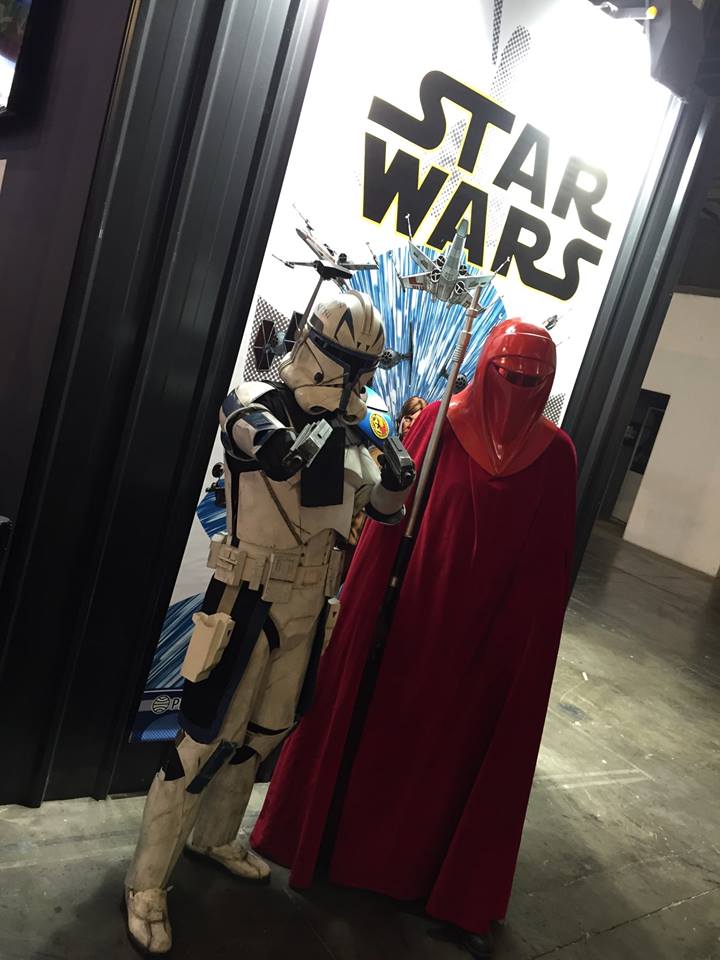 Much like day 1 the convention was not crowded when the day started however unlike day 1 crowds started to stream in once the work day came to an end as it was Friday and people finally had the time to spare from their jobs with the weekend having now well and truly begun.

During the day I was able to notice little things in displays that I hadn't taken in during the first day including some that had only just been set up.

The second day also brought with it the first real bunch of cosplayers with one in particular that would show up the following two days and impressed me immensely with his creativity. On day 2 of the convention I saw him in a Harley Quinn cross play with a bazooka in hand. If that wasn't enough he was also fully in character the whole time and was very much up to pose in a variety of different ways as people asked to take his picture. 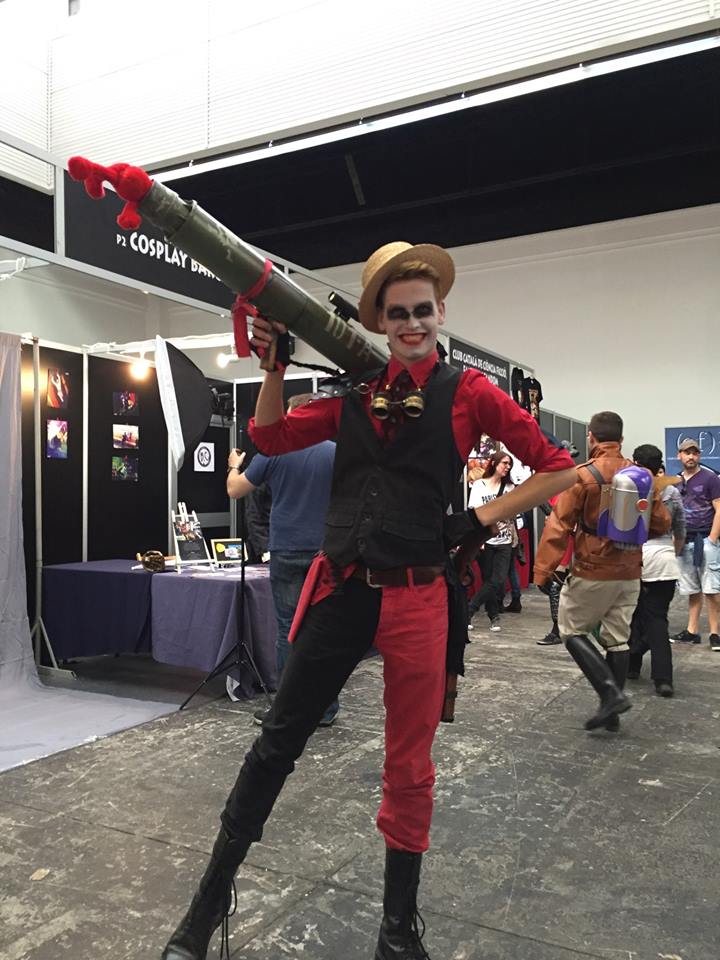 The DC characters joker and harley quinn were unsurprisingly very popular with this years convention with it being the 75th anniversary recently and there being a large section dedicated to the joker. I'm not sure if the attendees had been made aware of this beforehand but I'm sure that they were with the amount that turned up dressed as the character.

However one villainous cosplayer upstaged them
all with his version of the classic He-Man character Skeletor! There's something distinctly creepier and funnier about a Spanish skeletor but it might just have been this guys rendition of him. Whatever the case he did an awesome job cosplaying as him and stayed in character throughout. 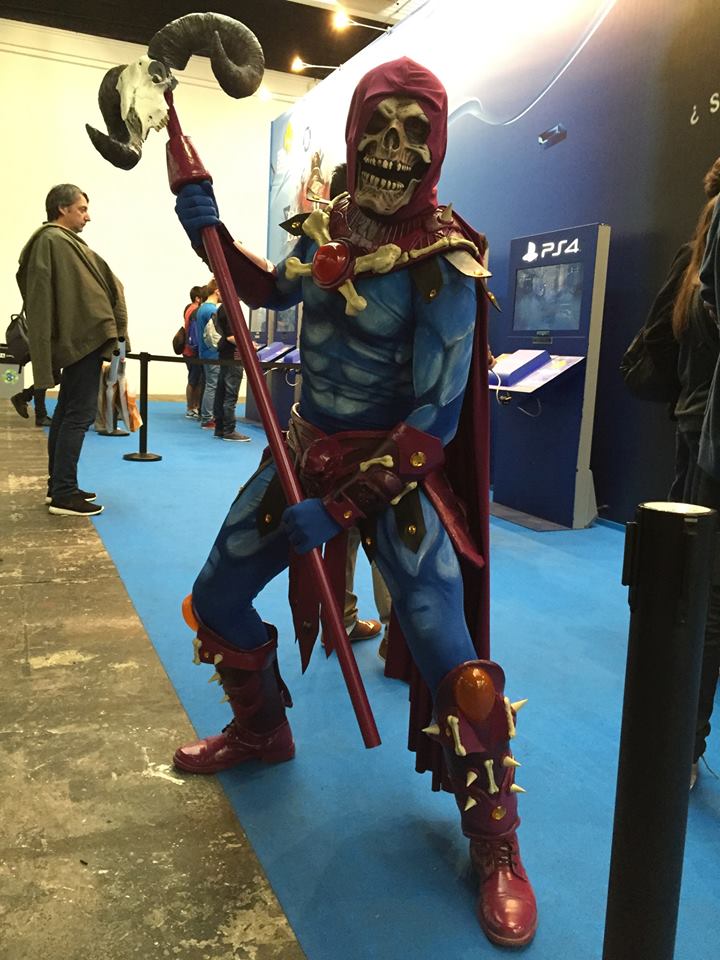 The best thing about Day 2 however has to be the live art that happened at two stands in particular; Sakura and FNAC that were showcasing what can be done with spray paints and other mediums.

Both stands were a joy to sit and watch as they created multiple pieces in front of the visitors and as I had masses of time and no crowds about during the day as I was able to capture some great footage of the guys at work and at different stages of the pieces being created.

My favourite by far has to be the Hulk which was done at the FNAC stand entirely with spray paint throughout the day and was nothing short of amazing.

Meanwhile the guy at the Sakura stand did two amazing mixed media pieces of Batman and Joker showing off the versatility of the Sakura sold products and the skill of the artist. During the following two days he did two more pieces on the Avengers and Spiderman. 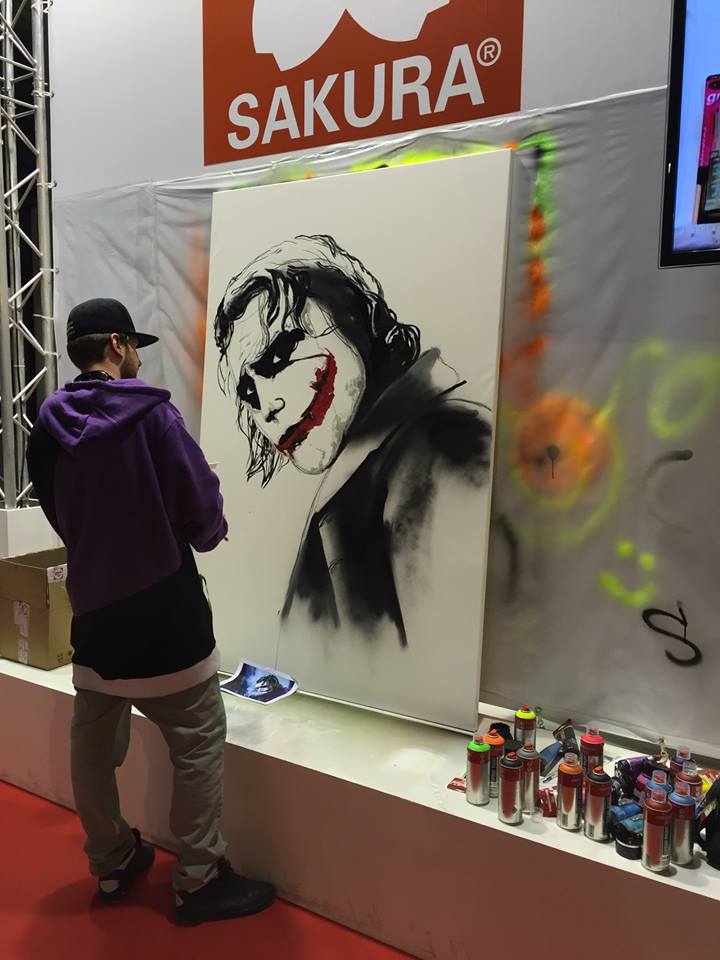 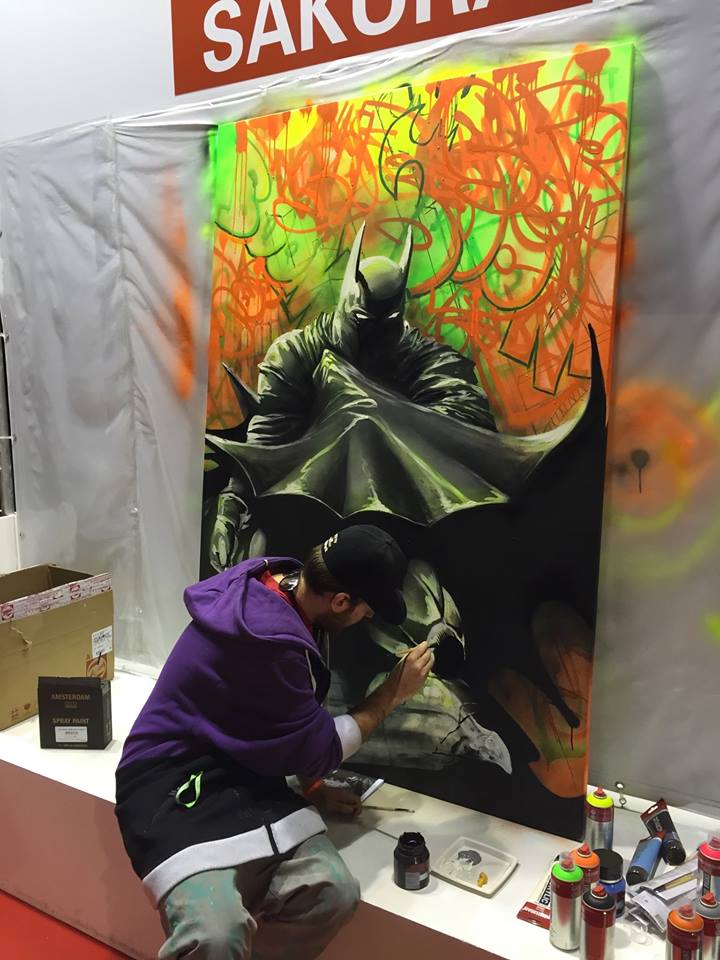 Once the crowds started to stream in the convention started to feel more like what I was accustomed to however I had to shoot off for a night out on the town which ended up being a little heavier than expected which gave me an...interesting start to day 3.