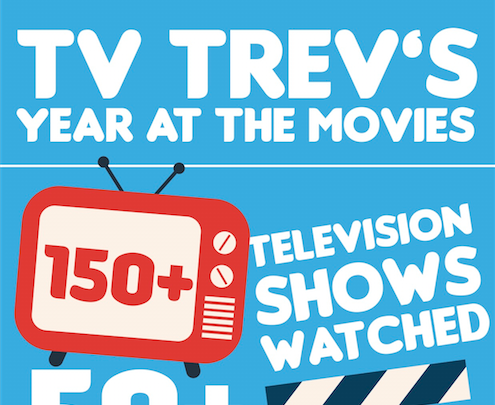 So as you may or may not have realised...it's been one year almost to the day (okay it's been about 3 weeks since the year marker passed but give me this) since I set the audacious target of getting 100 blog posts done in a year.

I'll admit at first I had no idea what I was getting myself into, Ghost was a new platform that could maybe go under at any point for all I knew, I had no clue how to use it properly, update it or anything, I had no idea if anyone would read my stuff much less like it. Simply put I was heading out into the unknown and it was terrifying exciting. But I set myself some goals that were in my mind achievable when broken down, in reality they were difficult to accomplish around a surprisingly busy year.

You can see my targets above in the screen shot of them and I'm proud to say that I accomplished them and more. This I can put down as a result of dedicating myself to getting two posts out a week at minimum, which meant I was able to hit my 100 post mark. However if I'm honest I did have a lazy week here and there but it is needed at times.

Over the year my writing has improved in my mind, I can easily whizz out a post in an hour or less now depending on how long I want it to be or how much research it involves. The style of my blog has solidified to be exactly as I imagined it which is a bit of a culture blog focusing on TV, Film and entertainment events. This focus has resulted in me going to a number of events I honestly would never have thought to go to and has also got me watching a wider variety of shows and films. I've made connections with other bloggers and even took part in a photo shoot or two.

Highlights include going to the Bafta's (kind of), meeting Stan Lee, being Mojo Jojo, getting a press pass, having producers tweet me after reading my posts and of course having Shirley from Community chew me out a little bit...yeah that was fun.

I want to keep this post quite short but would like to thank a few people for making my first year of blogging the amazing journey that it was:

There's lots more I could say but I'll leave it at that. Have a look at the infographic it is awesome and sums up the year. Also please leave a comment it would mean the world.