A few weeks have passed now since the shows first season ended and the world is still reeling from it. There hasn't been a show that has invited the public as a whole to speculate about what was going on since the mind fuck that was Lost however this is one with a slight difference in that it actually confirms theories and HBO even had an online site to help.

DiscoverWestworld was presented as a promotional website for a vacation destination run by Delos Incorporated, with some interesting worrying terms of service such as guests give Delos the rights to their "skin cells, bodily fluids, secretions, excretions, hair samples, saliva, sweat, blood, and any other bodily functions not listed here," to be used however the company sees fit, basically their body. 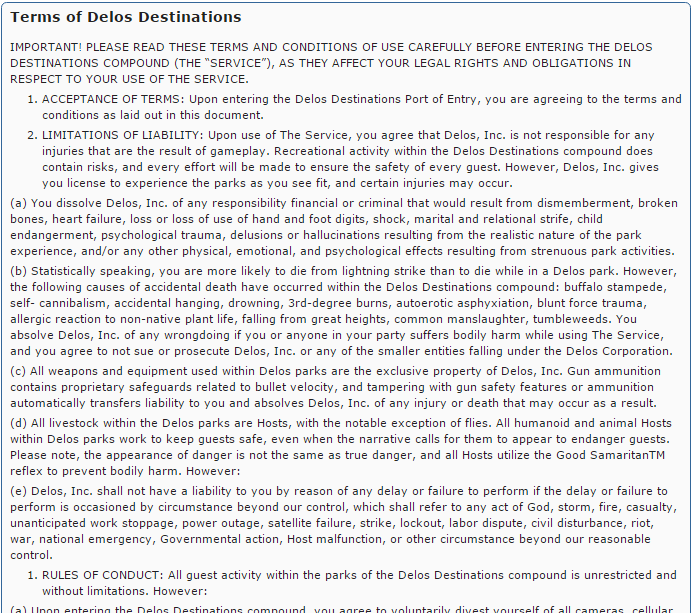 Those eagle eyed viewers who were curious enough could gleen what might happen from clues scattered around the site (via virtual host Aeden) and in these terms. 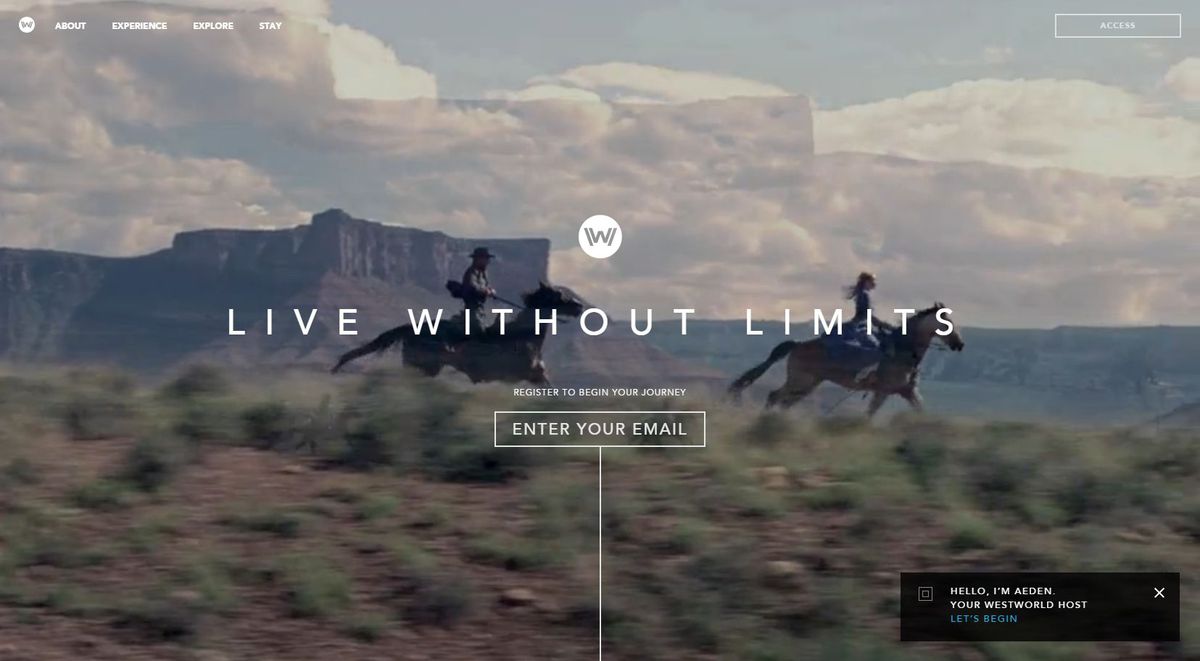 Yes the show never hid what was going on it just hid the truth in plain sight for viewers to find if they looked or for them to wait and see if they so chose. Without this added website element it's unlikely that some of the theories would have got as much attention as they did as the conclusions reached by some viewers would have seemed like giant leaps early on in the show.

Unfortunately the site is inaccessible now but before it went it began to change as a result of the end of the season which I won't ruin but I will say I'm hoping for a Ronin at the very least.

On his work with the HBO marketing team and fellow creator Lisa Joy to create easter eggs for viewers, Jonathan Nolan says: "There’s a limit to how much storytelling you can do in an hour of television or two hours of a film, so the ability to get out and play in that world is always welcome for me. It’s an exciting outlet for us as storytellers for some of the material that we potentially weren’t able to cover or don’t want to burden some of our characters with explaining."

The story is certainly a complex and layered one which viewers have fallen in love with. You can read more of what Jonathan said on the season on Mashable but be warned its less spoiler friendly than this post.

For those who somehow haven't discovered Westworld yet, prepare to be amazed.