Whiplash is without a doubt one of the best films I've seen in the last few years with an exhilarating story that draws everyone watching in whether you like jazz or not. From the first drum solo and interaction between the two main characters you're not sure what to expect, but by the end you have to pick your jaw up off the floor and compose yourself while you recover from the exhilarating ride you just went on with the rest of the audience.

The young writer and director (he's only 30!) Damien Chazelle shot the film in only 19 days and the pace the film goes at sometimes is just as dizzying. It very much feels like the intense drumming that Andrew (Miles Teller) practices again and again as he tries to impress the ruthless band conductor at the fictional Schaffer Conservatory of Music in New York City; Terrence Fletcher (JK Simmons). It's the relationship between these two central characters and the amazingly intense performance from both actors that delivers the sensation that is Whiplash culminating in a scene that will forever be marked down as one of the best ends to a film ever.

Young jazz drummer Andrew Neiman attracts the attention of Fletcher by impressing him with his double time swing but once he's in the band he quickly realises it's almost impossible to impress Fletcher as this ruthless and intimidating conductor continues to push him past his very limits. But it's not him that Fletcher pushes it's every single person in the band and he doesn't just push them, he tortures them, humiliates them, destroys their confidence and if they survive that then maybe just maybe they are able to bring out some of what Fletcher sees in them which they themselves aren't yet aware of which is the brilliance they could reach if they have that little push. 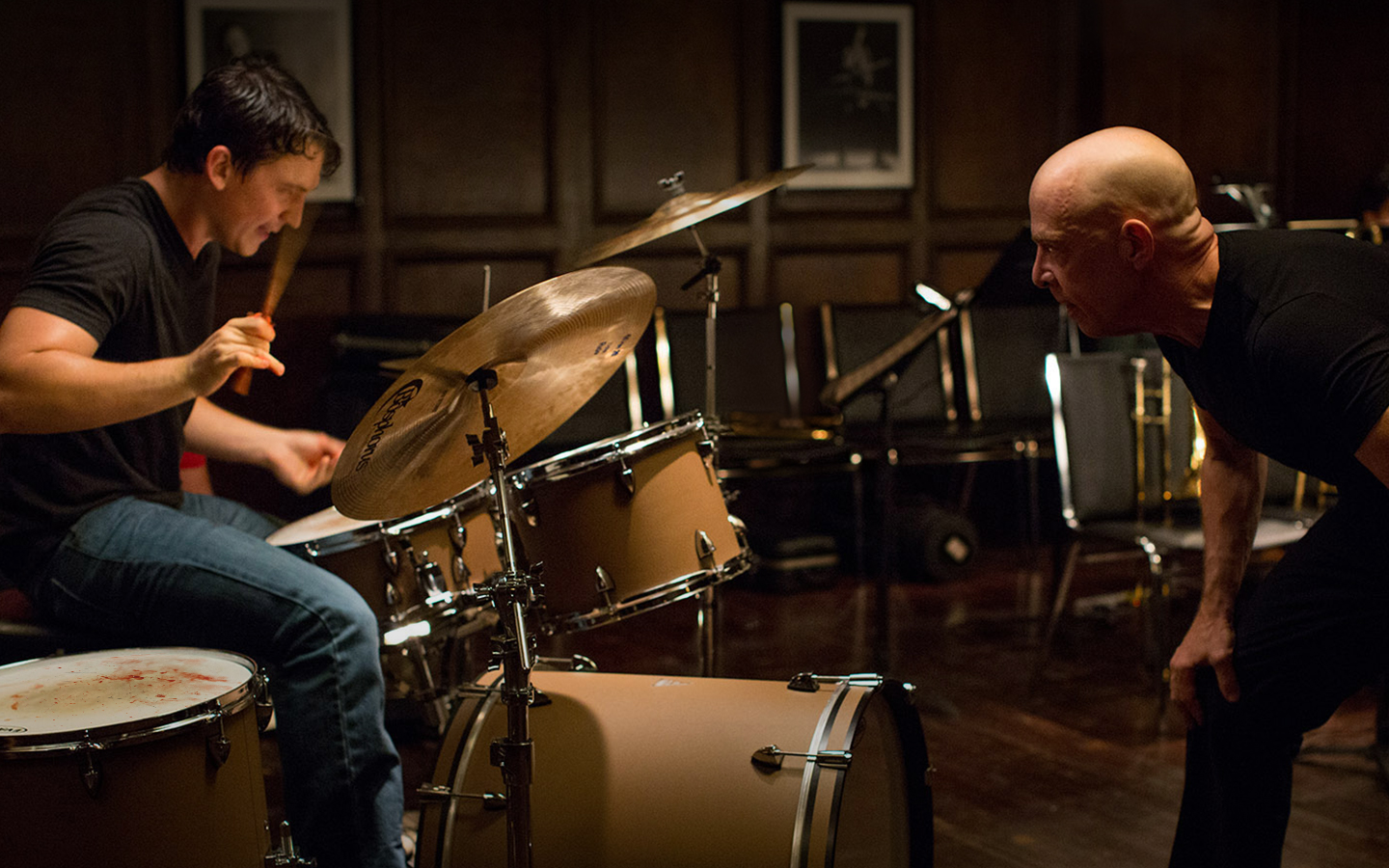 This relationship is something that we can all connect to as we've all had that one teacher, parent or boss who pushes you too far, maybe you've had more than one that expects better than your best from you, pushes you further than you originally expected you could reach and in the moment you hate them, despise them but at the end of the day the humiliation they put you through makes you a better person and better at whatever it was they pushed you in.

Andrew's whole dream to be the best drummer is built on the story of Charlie Parker and “the best f---in’ solo anyone in the room ever heard.”. However what inspired Parker's performance is Jo Jones throwing a cymbal at him on stage after he lost his way while improvising on stage. This was humiliating but it led to him going into intense practice for a year until he delivered said performance.

The relationship between Andrew and Fletcher is a direct reflection of the humiliation Jones put Parker through. Andrew forces himself to go beyond his limits again and again as Fletcher humiliates him over and over. It gets to the point that even when Andrew gets into an accident he still wants to prove he has what it takes to beat Fletcher's expectations.

But he doesn't, he breaks...truly breaks and Fletcher humiliates him in such a way that it's career ending. His dream, over. And this is what happens to most of us, we hit that limit and we just can't push past it or we try to and end up humiliating ourselves. However the film doesn't end there as Andrew doesn't give into the humilation and comes back to deliver an astounding performance that Fletcher has no choice but to bow to as it is truly brilliant.

Whiplash is in UK cinemas now and I encourage everyone to go watch it.