If you haven't checked out Zavvi's subscription mystery box and are already a fan of another geeky subscription box you might want to check their ZBOX out. The UK retailer brings an alternative to Pop in a Box, Loot Crate and Nerd Block offering free delivery to Europe and 99p to the rest of the world.

I got hold of it as an alternative to a prize that got lost and I'm glad I did as I get a chance to see what it's like for myself.

My first impression of the box is that it's clearly been inspired by Loot Crate and Nerd Block, which isn't a bad thing as the team at Zavvi has done an excellent job of making it their own.

Unlike Loot Crate who make their crate's an interactive DIY experience, the ZBOX is a simple box with an illustration of the theme of the month. This month's is The Force, to tie in with the release of the much awaited Star Wars. While Loot Crate instructs uses to share their experience on the box itself, the ZBOX is less instructive, simply having a twitter handle and hashtag for people to use. This may be due to the fact that Zavvi believe people are already used to sharing their experience and don't need to be explicitly told to share it. This box also had a famous Yoda quote on the inside of the box which is repeated again on the magazine

"Fear is the path to the dark side"

The magazine (another thing inspired by Loot Crate) is I have to say really well designed, with decent content and best of all details what's included in the box so you know you're not missing out on anything. What it additionally acts as is a sales tool for further products which from a marketing stand point I love as it lets subscribers know of all that Zavvi have to offer them. 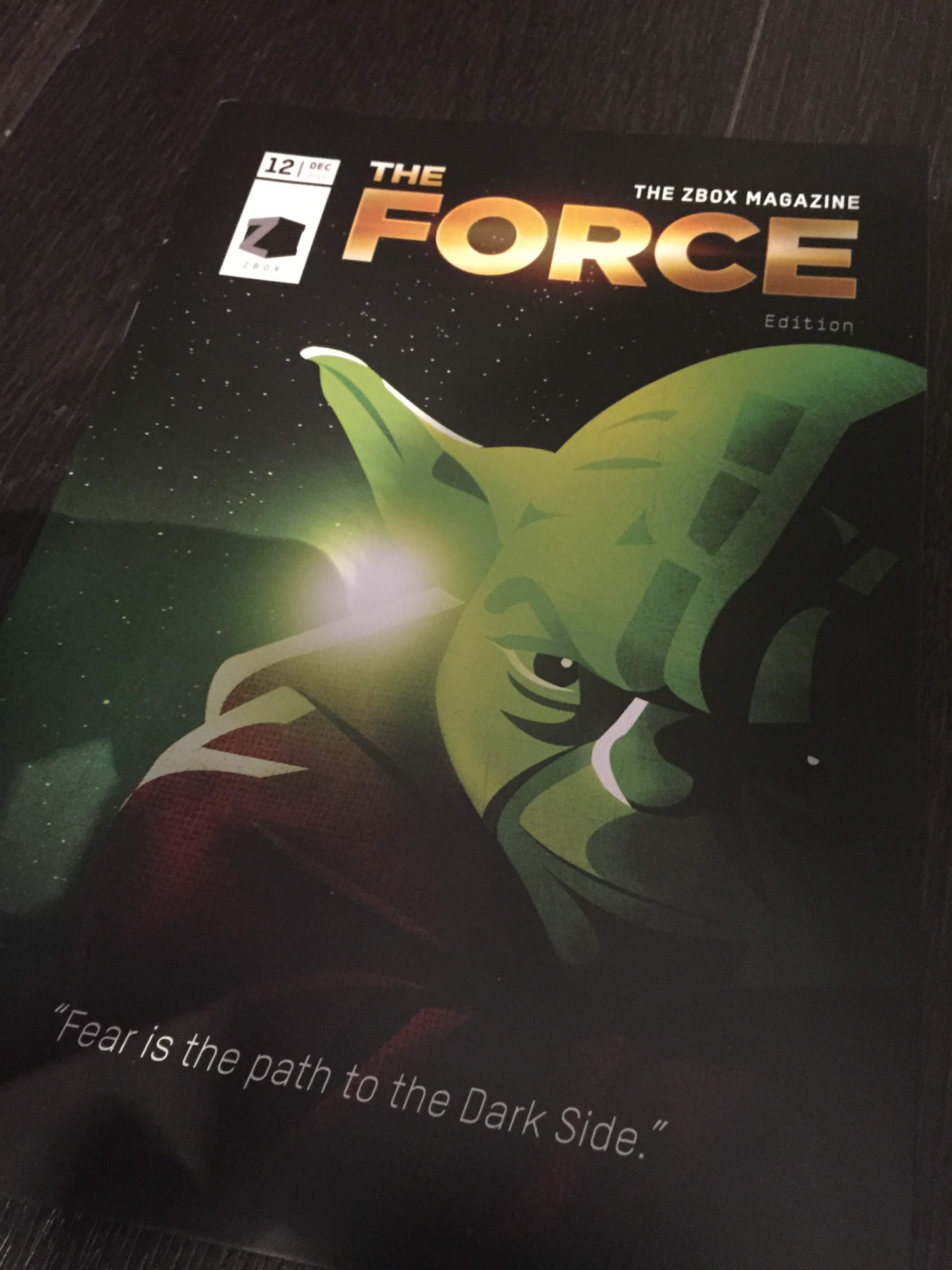 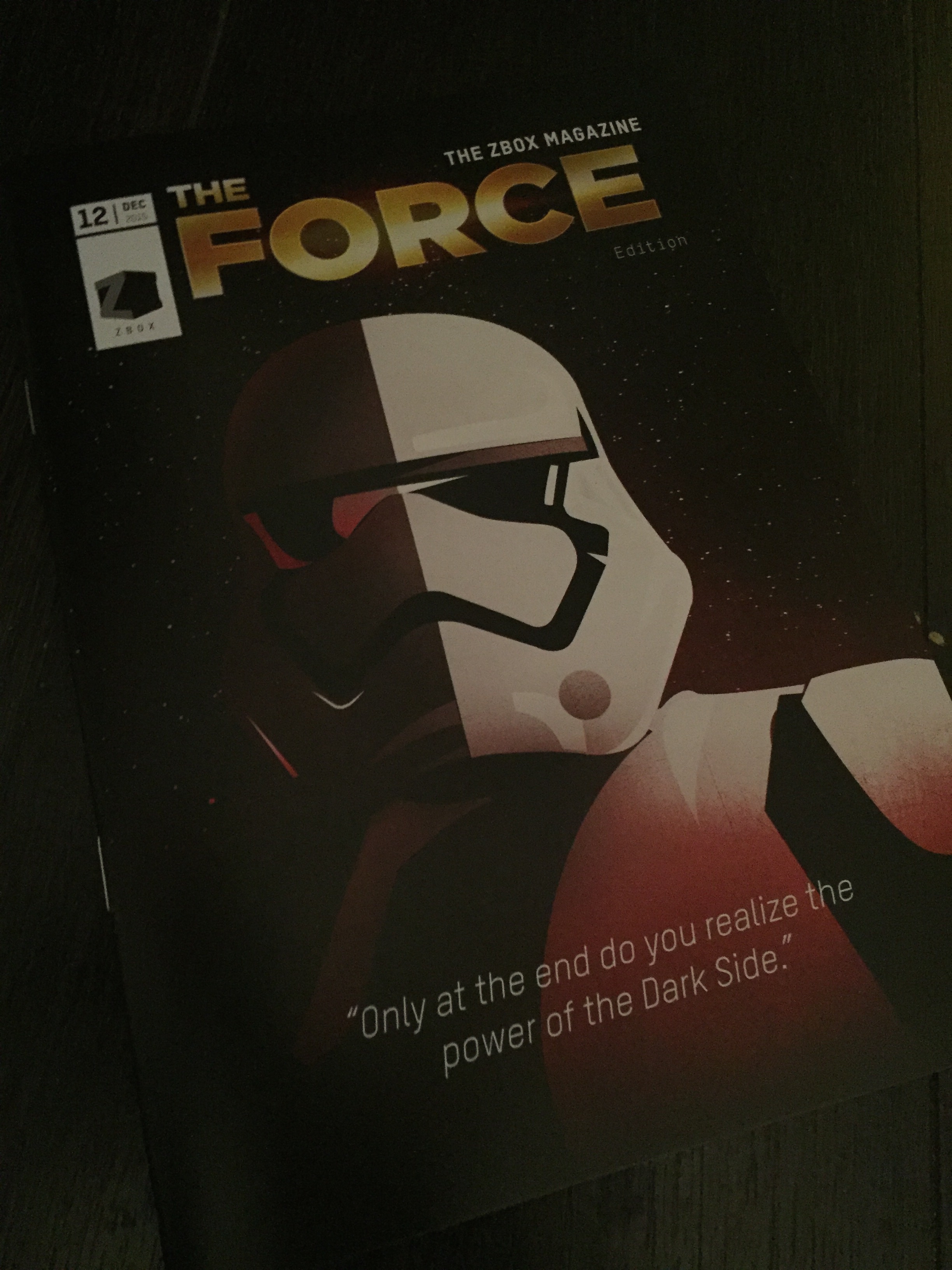 As I'm having to base this on the one magazine I can't say what the others are like however they don't have the exclusive feel of a Loot Crate magazine which gets hold of people from the industries they are exploring in the crates. Saying this, the content it does have is as said pretty decent and makes for an interesting read.

Finally the contents of the box itself... 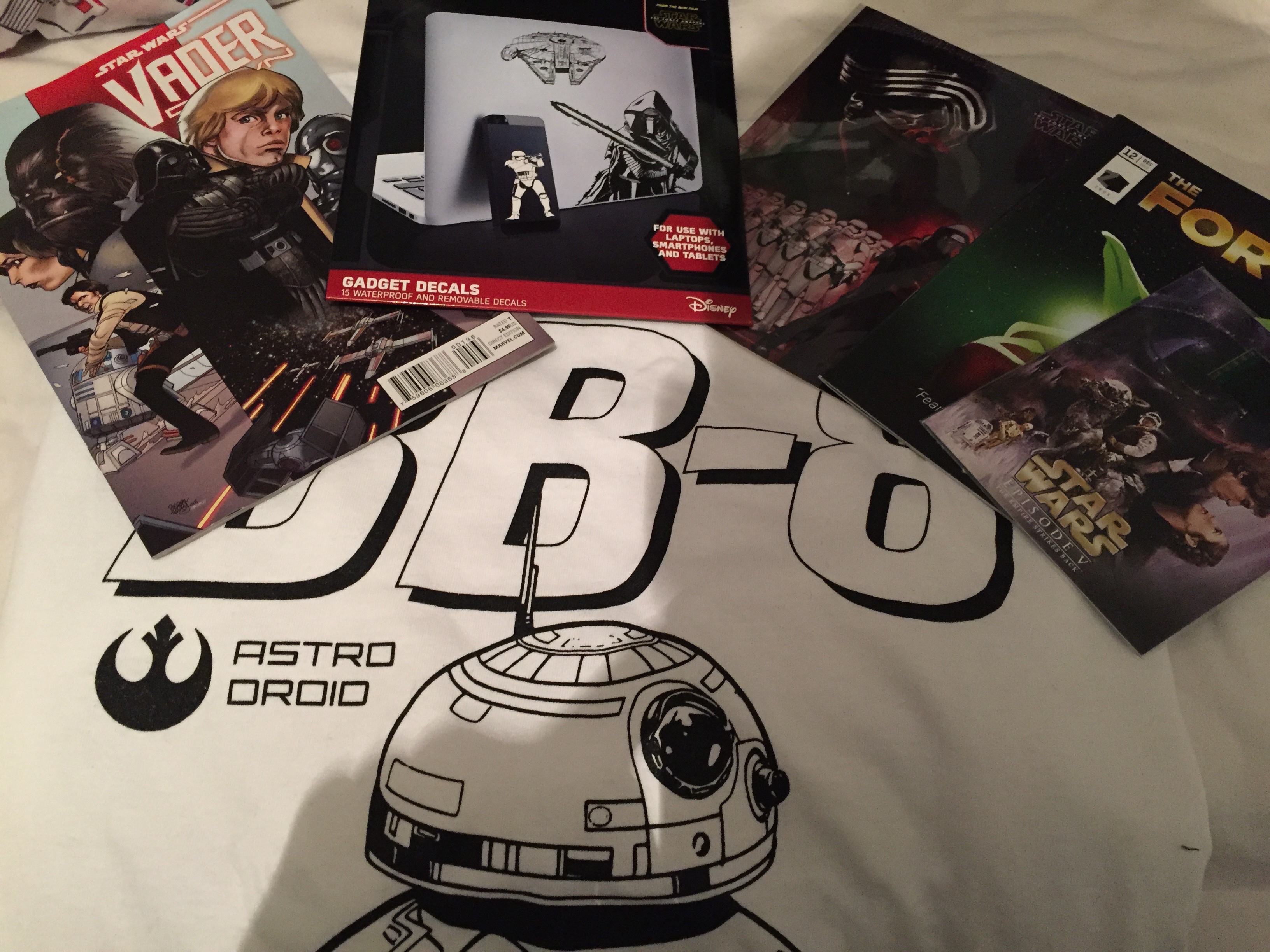 The contents are a great selection of Star Wars products including a t-shirt of BB-8 the droid from the latest Star Wars film, an R2-D2 desktop vacuum and a Star Wars comic.

For £20 a month getting hold of these products are a steal. The contents live up to the promise of over £35 worth of exclusive, licensed merchandise.

I'd fully recommend it for anyone not keen on subscribing to a non-UK box. I'm not alone in recommending it after a year of doing it they've built up a small community and some really good reviews.

Check out their subscription options, reviews and past boxes on their site.

However if like me you want carefully curated crates with stuff a lot of people probably won't get in a retailer I'd go for a Loot Crate. I'm really looking forward to receiving my December Loot Crate which should be coming (fingers crossed) before Christmas.